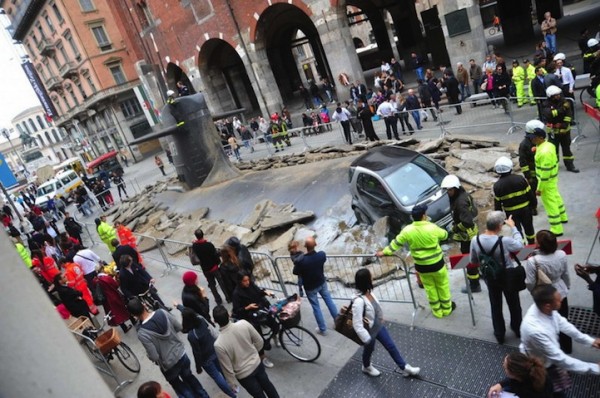 The people of Milan woke up to a strange sight on October 1st. As tourists and locals alike walked the streets of the city, they were met with “emergency workers” rushing to the scene of a submarine that had seemingly run aground on dry land, and more specifically, in the middle of one of their urban streets. This bizarre sight stopped people in their tracks, leaving them tweeting and instagramming, thanks to the hashtag #L1F3 being conveniently located on the side of the sub. For more on this “breaking news” and the reason behind this stunt visit here.

Image courtesy of My Modern Met