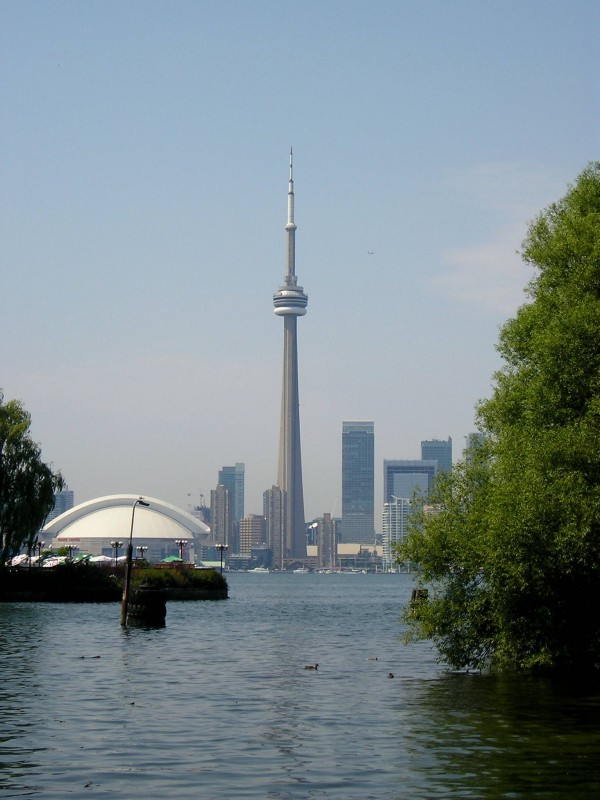 I do not live in Toronto, but it is a city I visit regularly, a city where I have many friends and colleagues.  It is a city I love, from the Toronto Island waterfront, to the skyscrapers of downtown, to its multiculturalism and diversity.  It is a dynamic city which is an emerging global hub.

However, for all its success, Toronto is facing pressures from its rapid growth, as the city aspires to realize its full potential.  The University of Toronto’s Richard Florida has stated that there is a limit of 5.5 to 6 million people which many cities find difficult to surpass, where they face serious infrastructure pressures that can inhibit further growth unless dealt with.

Toronto is at such a crossroads with a metro population approaching this benchmark.  Crucial decisions, that at times will be controversial, will have to be made, about density – more residential spaces to accommodate more people to avoid skyrocketing housing costs and unmanageable sprawl – and transit to open up more neighbourhoods, to provide alternatives to driving on congested multi-lane roads, a congestion that has serious economic costs in lost time and productivity.

Two recent Toronto Star articles identified a resistance to change in the city, with columnist Christopher Hume dubbing Toronto the city of “no” stating that “no is their [Torontonians’] automatic answer to any question; their default position, fallback response and kneejerk reaction.”

In the city centre – pre-amalgamation Toronto – there is a pervasive NIMBYist (Not-In-My-Backyard) attitude, from resistance to the proposed Mirvish-Gehry towers due to their height, an unconditional refusal of proposals to expand Toronto Island airport, or knee-jerk resistance to any sort of change to venues such as Honest Ed’s discount, as if such places are meant to be stuck in time.  Hume, in his column, cites instances of resistance to mid-rise developments in various neighbourhoods.

The Mirvish-Gehry towers – designed by world-renowned architect Frank Gehry – represent an architectural wonder for Toronto, something that would enhance its aspiring global status as well as provided needed residential spaces.

The debate over the Toronto Island airport expansion has been characterised by hyperbolic claims of “Pearson on the Lake” by some on the no-expansion side, even though the proposed expansion is relatively modest.  A report from the University of Toronto’s Martin Prosperity Institute highlights the strong economic benefits from airports, a report cited in Richard Florida’s article in support of Island Airport expansion.  Such an expansion would more strongly connect Toronto’s business and financial centre to other Canadian cities and to other hubs such as New York City.

Full due diligence of course would be needed on the new proposed jets – something also emphasized in Florida’s op-ed.  It is worth noting that Washington DC and Boston have relatively large waterfront airports near their city centres (larger than the proposed expanded Toronto Island airport).

Toronto’s NIMBYism is by no means unique to the city – even if it is especially pronounced.  Early 20th century New York saw resistance to Manhattan’s new skyscrapers from residents of the mansions on Fifth Avenue, something cited in Edward Glaeser’s book Triumph of the City.

Until a few decades ago, Toronto was a medium-sized Great Lakes city, a second city to Montreal which, for much of Canadian history, was the country’s preeminent city.  However, Toronto has changed – rapidly – and is now an emerging global city, facing serious infrastructure pressures.  For the city’s continued growth and prosperity, new approaches are needed.

Of course Toronto’s older city centre is not the only source of resistance to change, there is also a pro-car/pro-sprawl sentiment in much of Toronto’s suburban areas, something which Rob Ford played on successfully in his 2010 mayoral race, with his “war on the car” rhetoric where bikes and bike-lanes were seen as the purview of the “downtown elite.”

Investment in mass transit is sorely needed in light of congested thoroughfares, in light of suburban tower blocks in places like North Etobicoke, North York, and Scarborough where many on low incomes live, where lack of walkable streets or proper transit inhibits access to services and amenities – an especially serious problem as many low-income earners cannot afford a car.

Rob Ford’s playing politics with the Scarborough subway extension – ripping up a planned LRT that would have been far cheaper and served more stops – is a further stumbling block to a proper transit strategy (as is the complicity on this by politicians across the political spectrum).

Of course discussion of Toronto’s future will feature debate – at times contentious debate – and this is a good thing.  Toronto is a democratic city, and even if this means a more incremental mode of development – something highlighted in a twitter post by the city’s chief planner Jennifer Keesmaat – it is a clear plus for the city, ideas and proposals are debated and given full scrutiny.

An active citizenry holding public officials – and public plans – to account is important. It can halt bad ideas – such as Doug Ford’s proposal to scrap a carefully considered waterfront plan in favour of a mega-mall, ferris wheel, and monorail. It is a check on authority that is too top down and neglects neighbourhoods, such as successful opposition to a proposed freeway through Greenwich Village in New York City, and to the Spadina Expressway in Toronto. Full due diligence and an active citizenry is important to ensuring that Porter airlines are good corporate citizens, that the concerns of those living near the waterfront are heard.

However, in all this debate, the message should be clear about the pressures Toronto is facing with its rapid population growth, with the need for more residential space, for transit, and for Toronto to more assertively make its mark as a global city.  It is a challenging time, but also an exciting one, one that offers new opportunities to think – and think big – about the city’s future.