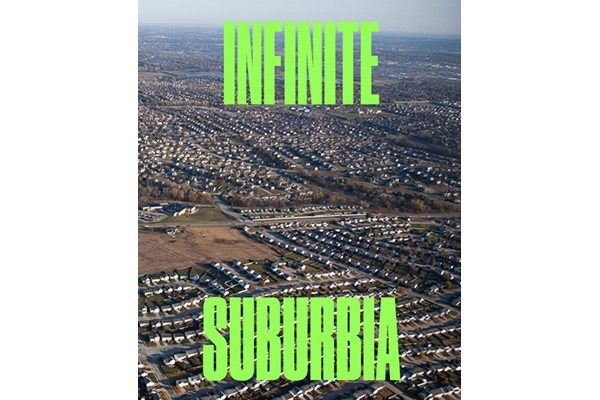 According to Queens University’s David Gordon, approximately 70% of Canadians live in automobile-oriented suburbs. His research, that rigourously analysed Canadian census data between 2006-2011 and categorized suburbia based on modes of transportation, also concluded that roughly 80% of the population growth over that time frame occurred within this type of fabric. Using the same methodology, Wendell Cox—Principal of Demographia and Contributor Editor of New Geography—found that roughly 70% of the American population is suburban. Both accounts point to the fact that suburbs dominate the urban landscape both in area and population. In a nutshell: this ‘city’ is the suburbs. By extension, the future of the ‘city’ is dictated by our engagement with the suburbs.

Largely associated with ‘urban sprawl’, the suburbs often evoke a negative response among urbanists, designers and planners. This has seeped into popular culture, as well. The positive innocence of Leave It To Beaver and The Wonder Years find their present-day alter egos in the boredom of Britain’s The Good Life, the sinister narratives of Weeds, and apathy of Arcade Fire’s Album of the Year The Suburbs—to name just a few. In reality, however, things aren’t that simple. As many people have described, the suburbs have a long history. With the origin of the modern word dating back to the Roman era, suburbs have gone hand-in-hand with settlements arguably since the beginning of cities. The vast expanses of contemporary suburbs have only served to increase their complexity—one often masked by the oversimplifications we hear frequently.

With this in mind, the release of Infinite Suburbia could not be more timely. The culmination of  yearlong study on the future of suburban development by MIT’s Norman B. Leventhal Center for Advanced Urbanism, this book is undoubtedly the most comprehensive analysis on the suburbs to-date. With the intention of compiling the “most recent, cutting edge research on suburbia” the book brings together a dizzying 52 essays from 74 multidisciplinary authors across a diversity of topics.

Synthesizing roughly 200 topics, the editors chose to categorize the essays under five broad chapters—The Drive for Upward Mobility, Polycentric Metropolitan Form, Metropolitan Economic Interrelationships, Harnessing Ecological Potential, and Scales of Governance. Although these chapters gather pieces by their dominant themes, the content of each individual essay crosses divisions. To reflect this, the editors also include a diagrammatic “Roadmap” that explicitly shows the complex interrelationships between essays across chapter themes—mirroring the complexity of the suburbs themselves.

With this in mind, the essays need not be read in order. A thorough Introduction that succinctly touches upon all the essays, serves as an excellent stepping stone into the book’s diverse subjects. I toggled constantly between the latter and the Roadmap to select essays to read and found this approach worked well in fostering unexpected and meaningful connections between essays.

In terms of content, no stone is seemingly left unturned—from history to ecology, policies to economics, landscape to technology and beyond. This speaks directly to the excellent mix of authors from around the world that are contained within Infinite Suburbia’s 770 pages. Contributors that several contemporary urbanists and planners may know include Robert Bruegmann author of Sprawl: A Compact History, Keller Easterling (Extrastatecraft), Thomas J. Campanella (The Concrete Dragon),  Ann Forsyth (Reforming Suburbia) and Susannah Hagan (Ecological Urbanism: The Nature of the City), over and above the Editors themselves Joel Kotkin (The Human City) and Alan Berger (Drosscape).

These names are balanced by authors that some who may not be as well known, but whose excellent work makes their inclusion critical to the books success. David Gordon and Wendell Cox, mentioned earlier, are two such contributors among dozens of others, such as Rahul Mehrotra, Louise A. Mozingo (Pastoral Capitalism: A History of Suburban Corporate Landscapes) and Manuel Madrid.

The result of this colossal undertaking is an excellent, critical exploration of contemporary thinking, practices and future potential of the suburbs. One that does its fair share of debunking common myths and assumptions about this unique settlement pattern, while recognizing its drawbacks. In no uncertain terms, Infinite Suburbia is a book for the open-minded: essential reading for urbanists, designers, planners and others dedicated to the built environment who want to break the unnecessary barriers that divide suburbanization from urbanization. A process that must be undertaken if there are any hopes of a better urban future.

Find out more about Infinite Suburbia at the PAP website. You can also read an interesting interview with Berger and Kotkin about the book here.