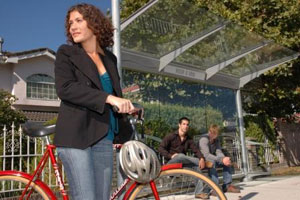 [EDITOR’S NOTE: On January 28, 2014, Anne Golden spoke at  SFU Vancouver  as part of the Rethinking Transportation: New Voices, New Ideas series. Her insightful talk was called  Breaking the Political Gridlock to Address the Transportation Challenge: Lessons Learned from the Greater Toronto and Hamilton Area and we are happy to give our an edited transcription of her full presentation, attained via Gordon Price. This is the second of a three part series. You can read the Part One and Part Two here and here, respectively.]

Let me close with some thoughts on what I learned from the Transit Panel process.

First, the messaging of public policy proposals is never easy, and it is more difficult than ever in our new world of communication. With 24/7 digital distribution of news, there is no white space for thinking and analysis. Everything is real-time and sound-bites. I noticed that when we called the lock-up, so that we could explain the intricacies of our recommendations, the reporters wanted to tweet and file their stories before reading the report.

Moreover, now that social media makes instant experts of everybody (i.e. everybody’s opinion matters), there are no filters. Sometimes that’s okay. But not when you want to have an adult conversation on a complex matter.

Layer on to this the pre-election political atmosphere in Ontario’s minority government situation. I felt I was watching an SCTV skit with John Candy playing Johnny LaRue – some of you here may remember this. Johnny would push his buzzer before the quiz show host had asked the question! Repeatedly!

The broadcast media – all of them – showed a brief clip of our report, focusing on just one aspect, the gas tax, then went on to interview some guy at the gas pump who had never heard about the report and asked him how he felt about new taxes on gas. Somewhat stunned, he could be counted on as saying “not good”. Then the reporter, seeking confrontation in the story, went to the Ford brothers to obtain the predictable, colourful, uninformed “no way” response. Time, space, and cost factors have combined to ‘dumb-down’ the broadcast media.

On the other hand, reading the commentaries of those who have been engaged on the transit file for some time has been totally gratifying. But in the current Toronto culture, our most thoughtful city-builders and advocates of rational planning are being dismissed as elites.

How do you have mature conversations on complex matters with the general public? This is a challenge for modern democracies, and for those who lead our journalistic institutions.

It is a challenge you are facing here in Vancouver with the upcoming referendum on transit financing. In one of life’s many coincidences, I picked up this morning’s newspapers to read that your Premier has agreed to postpone the referendum, given the opposition of area mayors to the idea.

I am not a fan of democracy by plebiscites. Democratic theory is founded on representative democracy (indirect democracy) with elected officials representing a group of people; their role was not just to communicate the public’s wishes, but to use their own judgement, even when their views don’t align with the majority. Democracy works best when the process includes filters. In today’s world, intermediaries are gone. The line between democracy by plebiscites and mob rule is very thin.

Judging from my own experience, I can tell you that developing a viable sustainable funding strategy for a multi-billion dollar region-wide transit plan cannot be easily translated into a single, simple referendum question.

Ongoing communication and engagement with the public will be critical to building the political support needed to persuade people of the value of investing in transit. In today’s world, this means engaging people continuously using all of the available channels and with support from all sectors, including business. There is no short-cut.

The second lesson is about trust. As I mentioned, the public has very little trust in how transit decisions are made, how the money is managed, and how projects are delivered. Once trust is broken, it is extremely hard to rebuild. All of our proposals – for a new dedicated stand-alone fund, for requirements on how the use of the funds are to be reported on, and for the insistence on up-to-date, publicly available business case analyses before decisions are made – don’t really solve the problem. They are necessary building blocks. But the reservoir of trust has been all but depleted by the ongoing betrayals and scandals at all levels of government.

Moreover, the cynicism is widespread, throughout all institutions: from our churches to the world of business to governments. Why are people so prepared to believe the worst? Because in so many cases – and this is a global issue – these institutions have been untrustworthy and proven unable to solve problems.

Structural changes are only part of the answer; in the end, it is about leadership and values. Because leadership is largely situational, there is no single formula for effective leadership (despite the many books that offer one). Context, culture, and character are the key determinants.

The third and final lesson won’t surprise you: it’s about governance. My experience with the Panel confirmed how challenging it is to find an ideal model for governing a city-region. After pondering this question for more than two decades, I still don’t have an easy answer.

As you know, my Task Force attempted to provide the solution   for the Greater Toronto Area. We grounded our report on key principles of governance:

There are inherent tensions among these principles or criteria and no single structure will satisfy them all perfectly. Improved coordination for example, can only be achieved at some cost to local accountability/responsiveness and vice versa. Creating a region-wide government structure across boundaries involves trade-offs. And the optimal balance will ultimately be a question of judgement.

Back in 1996 the proposal of my task force was to create a new indirectly-elected council for the city-region, which would replace the five existing regional governments. This new government would have a more limited range of functions. The local municipalities would have added powers and the responsibility for delivering a wider range of local services.

I felt (and still feel) that the Task Force proposal for a greater Toronto Council was the best way to go. After looking at various forms of election, we opted for indirect election. And we called for the number of municipalities (30) to be reduced to half that number through appropriate consolidation.

In the end, politics trumped reason. The new premier, Mr. Harris, chose to amalgamate the six municipalities of Metro Toronto to create the new City of Toronto, and a Greater Toronto Services Board (GTSB) was set up (1998) instead of the Council we had proposed. The GTSB was made up of local politicians appointed by the respective councils. In reality, it had very little power other than responsibility for GO Transit. With the lack of political power, the GTSB ceased to exist in 2001 – a short and inglorious history.

So when Metrolinx came into being in 2007, it was in an awkward situation: it was a regional transit board with no accountability to any of the local municipalities in the region, and no power to raise taxes. It was accountable to the provincial Ministry of Transportation.

It is very hard for Metrolinx to develop smooth and productive relationships with those responsible for land-use planning and economic development. It appears to do a very good job of running GO Transit (which in truth, was always well-managed), and deserves credit for brokering – for the first time – a region-wide transit plan (though there is not universal support for every aspect of it).

From a governance point of view, there are issues. In the recent debate over the Scarborough line, for example, Metrolinx got caught in the political fray: the Metrolinx proposal was for a LRT; the Province changed its mind to support a subway in response to local politics; Metrolinx was forced to go along though with conditions. To the public, it appeared that Metrolinx caved.

In doing the research for our report, I anticipated being able to turn to TransLink as the model for the GTA to follow. But the recent report for The Mayors’ Council on Regional Transportation (TransLink Governance Review, March 2013) suggests that more thinking is needed: while TransLink is ‘state of the art’ with respect to scope, mandate, and funding sources, it does not meet the test of good governance with respect to accountability.

Those who care about cities across the country pay attention to your progress here in Metro Vancouver. We see you as the city-region “that mostly got it right’ (to use Mike Harcourt’s words). To us, TransLink set the benchmark for regional transportation governance – both in terms of funding and governance. Now it appears that this reputation is at risk.

As I said to my own Premier, there is much at stake: a good regional transportation network is a cornerstone of a productive metropolitan economy that benefits everyone. In the case of Greater Toronto, road congestion and transit crowding have reached a tipping point. Unless we choose to expand our transit infrastructure to offer choice, entice hundreds of thousands commuters out of their cars, and connect people to jobs we will pay a steep price. The consequences of saying “no” to transit investment include more congestion and gridlock, billions more dollars in lost productivity, loss of business investment, and a poorer quality of life for all residents.

Surely the same can be said for Metro Vancouver. In global rankings Vancouver sits at the top –due to its diversified economy, high quality of life, location, concern for the environment, and integrated approach to regional transportation and land use planning. This world-wide reputation for livability gives you a real advantage in attracting top talent.

But our global economy is highly competitive and city-regions like mine and yours cannot rest on past laurels. Both of our city-regions are at critical decision-points in our ability to accommodate predicted growth. Both of our city-regions play pivotal roles in our provincial economies (about half of GDP), so local decisions will have province-wide repercussions. Both must choose to invest in transportation expansion to ensure success going forward. In both cases, the political context is fragile.

Champions are needed now who will communicate the importance of investing in region-wide networks and who appreciate the value of regional governance in this new era of city-regions. This is a worthy endeavor – one that must engage governments, business leaders, civil society, and academic institutions, such as this one.

If you missed the first two parts, don’t fret! Read Part One and Part Two. 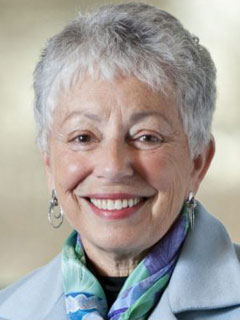