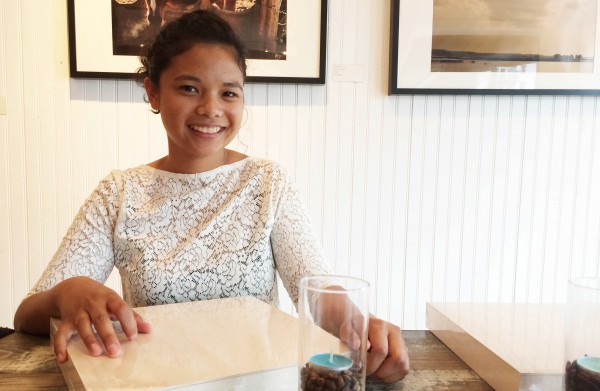 If you happened to have been looking in some of Ottawa’s urban nooks and crannies as of late, you may have been surprised to have found a wooden canvas or two, painted by local artist and architecture graduate Kristina Corre, or by one of her multiple contributors.

The painted panels, hidden throughout the city, are treasures to be found in the aptly named #AwesomeArtHunt, a project dreamed up by Corre, and sponsored through a $1,000 grant from Awesome Ottawa, the local chapter of the Awesome Foundation. The organization, which seeks to support initiatives that spread “awesomeness”, awarded Corre the monthly prize this past April. Corre wasted no time in laying the ground work for a successful, creative endeavour.

The goal of the project is to paint, and then hide 115 10”x10” panels throughout the city; five for each of Ottawa’s 23 wards. These works of art are placed in their new urban homes, waiting to be found by one the city’s growing number of art scavengers who, knowingly or not, are becoming a part of a bigger story as they claim the work for themselves. For while some paintings are sure to be discovered by those who just happened upon them and curiously flip them over to find out more, many of the panels are being sought by the social-media savvy followers of the Awesome Art Hunt hashtag. And the hunt is now most definitely on.

Each wooden canvas, numbered and detailed on the reverse side, includes directions to find out more information online, and how to tweet your find. They are free for the taking as a part of Corre’s attempt to spread both an admiration for art and awareness of Ottawa’s urban surroundings. This is being accomplished through the literal level of removing the canvas from the theoretical white box of the gallery, and placing the art on the gritty streets of the city, as well as virtually through hints being tweeted out as each new piece makes it debut. 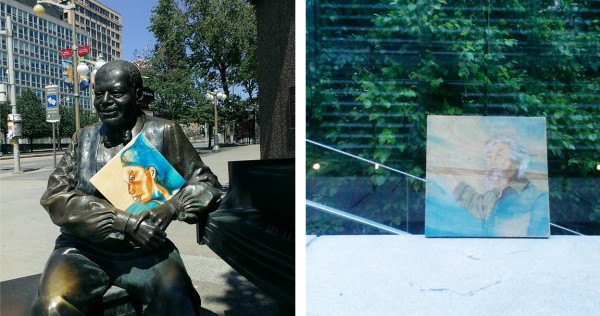 For every panel hidden, an image of the painting itself, situated within its new urban context, is given as a visual clue to start the rush of those hoping to find it. But what is so intriguing in terms of the relationship between these images and their urban background is how much, or how little is given away. For while many photos reveal a large enough context for almost anyone with a general knowledge of the city to be able to identify the location, some of the photos give only glimpses of the texture, surface, or reflections of the piece’s hiding place.

When asked if this was intentional, or what the rationale was for the varying levels of generosity given in each clue, Corre concluded that this part of the project has been much more spontaneous and unplanned, with the main goal of the hunt being to highlight “art as a means of discovering the city.” But while the framing and cropping of the clues has been left more to intuition, Corre has been very intentional in ensuring that all 115 canvases are completed, hidden, and then found.

With approximately 65 panels already released at the time of writing, 50 of which have been completed by Corre personally, and the remaining 25 by fellow local artists, the project is well on its way to achieving its numerical goal. But there have been unexpected surprises along the way for Corre – the biggest of which has been how anxious avid hunters are to find the pieces, with some art hunters having found multiple works themselves already. 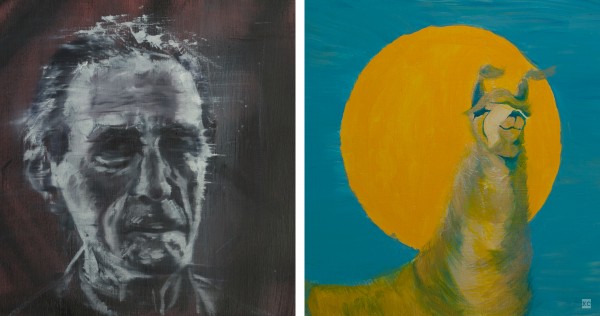 Depending on the location of the hiding spot, and the depth of the clue, the canvases can go in a matter of minutes – twice in the time it took for her to wait for the bus and leave the scene of the hide – and this has led Corre to start rethinking how complex she makes the clues and where she hides the panels themselves. Her hope is that the paintings will have a longer exposure time or be found by those less aware of the project, but for Corre it is ultimately about how “to come up with a way for the art to be catalyst for people to discover more art and Ottawa-grown talent.”

It is this drive to connect people with their city, both artistically and geographically, that has created a unique urban impact and experience for those participating in the project, whether as painters or seekers. Corre’s intent to encourage Ottawans to explore more of their surroundings has seen her hiding the canvases in her favourite local cafes or hangouts, and throughout her own part of the city, Centretown.

However, while hiding the panels equally throughout Ottawa’s wards has not worked out, with a much greater concentration of them being located in the downtown core due to logistical reasons, there have been requests from areas such as Vanier, a neighbourhood in the east end of the city, for some art hunting of their own. This has resulted in Corre herself getting to discover new areas and corners of the town she now calls home.

For Cassandra Hendry, who originally wrote about the project for the Ottawa Citizen before it commenced in April, and before becoming an avid art scavenger herself, the appeal of the hunt is its ability to help one discover overlooked parts of the city. “In terms of being more aware of the city, it’s definitely helped. I just moved to [a new part of town] in May, and while I was more or less familiar with the area, now I know every nook, cranny and bizarre architectural quirk in the downtown core.”

“Probably one of my favourite moments was finding those beautiful murals near Jack Purcell Park, where one of the pieces was hidden,” she added. “These beautifully rendered images were on the backside of a dingy old building and were surrounded by dumpsters and detritus. That kind of hidden beauty in a sea of concrete and grime is what the hunt is all about.” 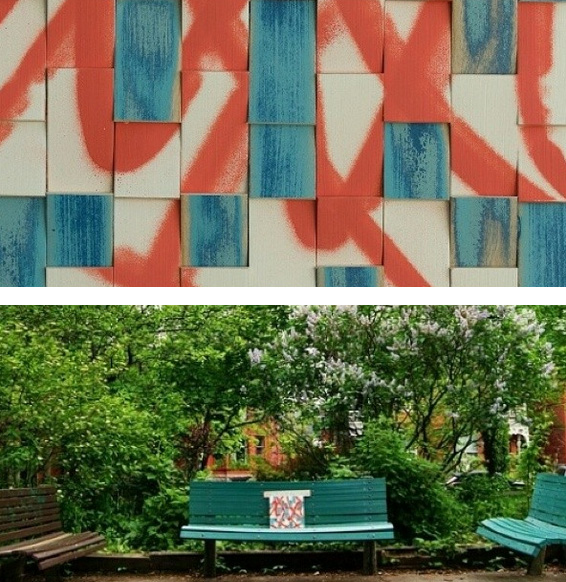 But all awesome things must come to an end, and that time is starting to draw near for the Awesome Art Hunt, which is expected to run until the end of the summer, with panels still yet to be painted or hidden. And while Corre has yet to decide what the grand finale will be for the project, the final hiding spot may have already been chosen, as it will most likely coincide with the Awesome Ottawa Summit to be held September 5th.

This has allowed Corre some time to reflect on the project as she sits in the middle of its activity, wondering if, as she has been told by some of those who have participated in the project, it is truly a subversive doing. But one thing is for sure for Corre who explained, “I’m delighted at the incredibly positive reception of the project.  For whatever the reason, this project’s gotten people in this city excited about art, and turned Ottawa into a playing field.” For now, at least, it will remain a beautifully painted playing field at that.

Feature image: Kristina Corre at The Studio Café in West Ottawa, where one of her paintings was hidden, by Kristen Gagnon
All other images: Courtesy of Kristina Corre