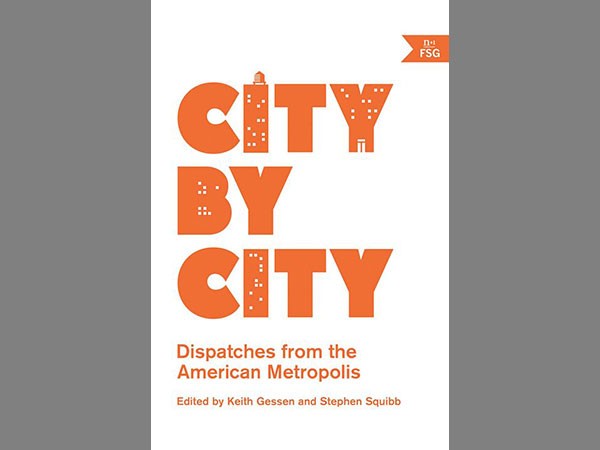 When people write about their city it is frequently an opinion piece for a local newspaper and, more often than not, to complain about something. We see articles like this every day from concerned citizens, angry drivers, scared cyclists, and the list goes on. Unfortunately, if we don’t agree with the content, we tend to shy away and/or stop giving it our attention, when quite a few these pieces –  angry or not – paint an accurate snapshot of our cities and give us valuable insight into the ethos of the people who are living there.

What I loved the most about City by City was its unabashed truth. Sure, there were people who were upset about different topics, and rightly so given that the years since the Great Recession haven’t been kind to all. But that was what made this book fascinating; you could peer past the anger and look into a portrait of someones life or how a city ran. If there were traces of anger laden in the stories, the stories themselves were strong enough to keep you interested in reading more.

The book is edited by Keith Gessen and Stephen Squibb, and they set out, shortly after the recession, to collect stories from around the United States about poverty and how places were hit by loss. They ended up finding themselves within pivotal moments in America’s recent history, and in their own words, the book spans not a specific timeline with a date but, “between the day of the Lehman bankruptcy and the shooting of Michael Brown.”

The abstract nature of that sentence is a perfect lead-in to the book, where there really is no pattern to follow. I thought at first we were moving alphabetically through city’s, but then thought maybe we were moving east to west, north to south, but no. There seemed to be no underlying framework to the chaos that is City by City, and it is one of the strongest things that makes it a startlingly good read.

I won’t break down every story for you here, because the topics span far too broad a spectrum to recount and digest in a short piece. Instead, I will talk about some of the general ideas I was left with and what you can hope to get out of it.

Some of the articles are written by people who clearly trained writers, or may have put out a book. There is no script to follow, however, and indeed no one does. The book has articles that are short and only a few pages long, while others span for what seem like short novellas, because of the depth and breadth of their content. Some articles choose to look at individual cities, while others move beyond their boundaries. And each has its own emotional tone.

The Office and the City by Nikil Saval, for example, is one of the stories that doesn’t seem to ground the reader in a specific place and changes tone sharply within. It feels like it is set in New York because it speaks about opulence and capitalism and makes reference to the stock crashes and recession in elegantly worded prose, but one is never certain. There was one section that jumped out at me specifically – when Saval seemed to turn the article on its head for a minute. His piece was very well crafted and his vocabulary is that of someone who understands urban design or architecture as well as the social structures of cities. But it was when he was discussing the emergence of Post-Modernism Architecture that I stopped and did a double take at how brazen the article had become all of a sudden:

In it’s corporate guise, whatever oppositional content postmodernism had enjoyed in the 1970s was buried under the sounds of cocaine and sushi and marble and granite. The signature architect of the era was Philip Johnson, the massing of whose AT&T Building was covered in acres-thick rose granite, its base circumambulated by a Renaissance-style loggia, and its very top capped by a silly Chippendale arch. Goofy, serenely nostalgic, and opulent all at once, the building and its descendants captured the Reagan era’s schizophrenic desire to live in a glorious, fabricated past while ensuring the desecration of the past’s actual remaining monuments.

This speaks to some of the quick turns the book takes. There is no filter and, at times, you are reading and come across something you are truly shocked by. I found the flagrant honesty exhilarating at times.

Another piece that gets to the heart of some deep issues is from Fear and Aggression in Palm Coast by Elias Rodriques. Within he talks about racism and the deep fear he constantly felt growing up. He talks about how in, “Flagler Beach and others nearby, you see the stars and bars [Confederate Flag] on bikinis. Occasionally, my mother and I would drive through a neighbourhood filled with trailers and farmhouses proudly flying the flag itself. I always glanced around to see if any cars were tailing us.” The entire article is riddled with fear, so palpable that at the end of reading it, I felt a sense of shame and nervousness.

Some of the stories begin leading one way but end up feeling quite different. Upstream in Williston by Nicky Tiso, for example, starts with a direct reference to oil and a description of fracking and how in North Dakota it has become highly prevalent. “As of 2014, over ten thousand wells produced more than one million barrels a day, and had nearly doubled North Dakota’s GDP.”

Juxtapose that with two paragraphs down where Tiso speaks of his arrival at his hotel, “As I walked to my room I saw a piece of paper taped to a door that read in loud, angry, Sharpie, ‘Do not disturb means do not f—ing disturb.” The rest of the stories bounce between these two juxtaposing styles: bare, scientific fact, and brutal, human honesty. One minute you are reading an interview with someone on an oil rig, the next you are learning about sexual things from a person in a bar.

And again, the whole running theme in the midst of all of this is that these are real people’s stories, and they are not hiding from the truth no matter how dark or dirty. This is what binds the content of the book.

I wish I could say that every story had a strong message to convey about urban design or architecture, planning or infrastructure, but they didn’t. Some seemed like diary entries to get things off of peoples chests. Others were depressing to a level that made it hard to turn the page. Instead of being factual descriptions of gentrification in New York, or other cities, the stories were about someones life in a gentrified neighbourhood with the changes only happening on the periphery of the story they were telling.

First and foremost, City by City is about the, “Me,”….. subsequently tying the content into the overall, “We.” While some of the articles did take stances on important issues, more often than not, the articles rode you through them like a passenger in a taxi-cab in a foreign place; the narrator the cab driver filling you with loads of information about the city, no matter how dark and depraved that might be.

Even so, I would recommend this book to anyone who enjoys learning about their world, and about the social structures that make up cities in general, as this book gave me the best outlook across all levels of poverty, literacy, and education, to introduce me to the many places people call home (or don’t).

City by City: Dispatches from the American Metropolis is a long, and at times difficult read (if only for the subject matter) but it opens your eyes and makes you understand a little bit more of what other people are going through. It is a book where you aren’t asked to walk a mile in someone else’s shoes; they are thrust upon you while you run toward a burning building, feeling a sense of exhilaration, terror, excitement, and overflowing empathy all at once.