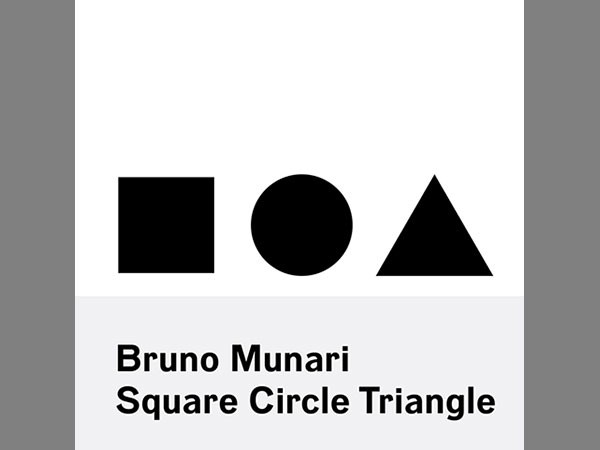 All disciplines are filled with unsung heroes, significant figures who have contributed to their respective fields, and whose memory often gets lost in the onslaught of the contemporary information highway. Design is no exception, and Bruno Munari is one such person. Passing away in 1998, at the age of 91, Munari was a twentieth century Renaissance man. Pablo Picasso once described him as ”…the Leonardo of our time” due to his valuable contribution to fields as diverse as painting, sculpture, and industrial design, as well as tactile learning, creativity, and the Futurist movement.

Over the course of his seventy year career, he won a number of awards and wrote various of important books, including three small case studies on shapes—Circle, Square and Triangle. And for the first time, Princeton Architectural Press has compiled these books into a single compact volume.

Simple in theme, yet rigourous in its research, each case study focuses on the attributes of its specific shape—tying together issues as diverse as their meaning across different cultures to their graphic construction and associated precedents across all design disciplines. The writing is succinct and accessible, with the majority of the content given over to images and graphics. As such, it is a wonderfully engaging read and excellent reference.

Given the nature of the book, it is difficult to elaborate too much on the content, aside from the fact that I would consider it required reading for everybody engaged in a design discipline. No matter what field—be it architecture, industrial design, urban designer, painting, etc.—you are sure to find a lot of meaningful and relevant content, as it covers the fundamentals of these shapes, so rarely available in a single volume. As such, Bruno Munari: Square Circle Triangle certainly does justice to one of the great designers and thinkers of the twentieth century.