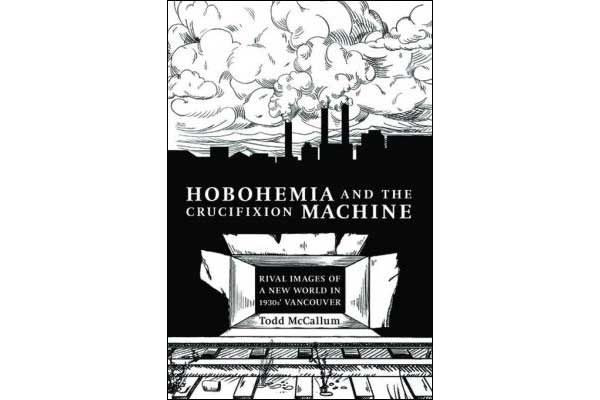 In High School film studies, I once made a documentary about homelessness in Vancouver. We had learned about documentaries the weeks prior, with an emphasis on bias: the bias that people have going into a documentary. All films have a certain bias, or way of filtering the world. Documentaries are no exception. With this mind, we travelled around the downtown East Side, to Hastings street, and then down along Main, cutting across toward Granville street. It was like a completely different world existed there: a different society that had different rules and boundaries than our own. It wasn’t odd to see someone using heroin standing on a street corner, or sleeping half way off the curb onto the road. It was sad, and we had to ask ourselves, how did this happen? In fact, we asked a lot of those people through interviews. The raw footage was terrifyingly cohesive, a narrative of government loopholes and the idea of the “forgotten” people. I assumed this was a newer problem, something that rose with Vancouver’s success as a city. Through reading Hobohemia and the Crucifixion Machine: Rival Images of a New World in 1930s’ Vancouver by Todd McCallum, I was able to understand how this all began.

The treatment of homeless people in Vancouver has not had a stellar track record, that is the easiest way to sum up the book. McCallum is a professor in the Department of History at Dalhousie University, and this shows quite heavily in the book. It is daunting in a way, the text is small and the book is a larger format paperback, with fairly few paragraph breaks or pauses. But within, there is a massive collection of history about how Vancouver mishandled so many early situations with its city’s less fortunate.

An important note: even though one anticipates that the book will to take the side of the “hobo”, an explicit bias it not evident. I attribute this to McCallum’s history background, as well as his great ability to tell fact as fact and let the narrative form as it happened. And that is the darkness that lies in this book, that the facts described within actually happened. For instance, the reaction from the government and police in 1933 to use spies to infiltrate these “communist” labour parties and pull out dissenters, who were rioting over labour issues.

McCallum breaks down the term “Hobohemia” in the early stages of the book:

British Columbia’s Hobohemia, as understood here, fits comfortably within this description of heterotopias as ‘places that are outside all places’ and that gather together a host of discarded, disparate elements ‘within the culture’ in ways that allow for contestation and reversal.

This is critically important as it is the foundation for the rest of the history. The fact that the relief aid, at the beginning of the 1930’s, just could not keep up with the demand for these outcasts due to the privatization of what were government programs prior, helped Vancouver not fall into bankruptcy, yes, but at the same time, created these heterotopias, where men, women, and children fell through the cracks.

Given the complexity of the subject—weaving philosophical thought through historical fact—makes for a cerebral book. However, if there is one thing that stood out to me most about McCallum’s message in the book, it is that we need to remember what being a decent human being is and that the foundations of our city are built on the backs of individuals who were put through some terrible situations.

At the end of the day, many issues described within the book are difficult and transcendent ones, not the kind that we will likely ever fix. We constantly hear about the “homeless problem” but it seems to have always been present, and may never change. What we can do, though, is alter our perspective on how we got here, and to whom we owe some of the credit. The individuals jumping off the rails in Vancouver built and shaped this city, and Hobohemia and the Crucifixion Machine tells you the how, the why, and the darker sides of history of our city.