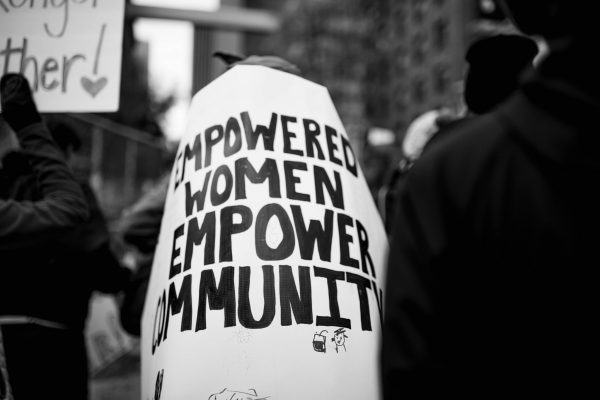 The 2016 Toronto International Film Festival hosted the world premiere of Citizen Jane: Battle for the City, a documentary about the emergence of Jane Jacobs as a civic activist in New York City. In the Q&A after the screening, the film’s director, Matt Tyrnauer, declared that “Urban planning and architecture remain among the most sexist professions in the world.”

This assessment flowed easily and credibly after the audience spent 92 minutes hearing Robert Moses’s small-minded dismissal of Jacobs as an uneducated, bored housewife with too much time on her hands. The sexist hubris of his denigration was fuelled by self-love of his own expert training. But that was the 1950s. How much have things changed?

In the spring of 2016, a respected Canadian cultural institution asked me to help promote a panel about collaborative approaches to planning and designing public spaces. I declined to attend and emailed back to complain that their “How is the public voice heard?” panel on public space planning was comprised of two older (and esteemed) white men with a younger woman moderator. I sent them a list of accomplished Toronto-based women from public, private, and civil society sectors who would have made excellent panelists. I added, “I have great respect for your moderator [a local journalist] — she is bright, capable, and a fresh thinker. She shouldn’t be facilitating the panel, she should be driving it with her ideas.” I then asked them to find panelists from outside downtown Toronto and reminded them that voices from First Nations communities must be heard too. It might be 2016, but this kind of panel is still the norm in my inbox.

Historically, the practice of planning and designing cities has been top-down, and driven by experts in professions where the number of men dwarfed the number of women. How’s that working out for us? Between homelessness, climate change, unemployment, and tremendous social marginalization, I’d say not very well. Let’s not confuse the professions of planning and designing cities with the broader and vital work of city building. Plans and models guide urban growth and design, but we all live in communities shaped by their residents’ ideas and efforts. If we want our cities to truly respond to our current and future needs, then we need to broaden our practice and politics to include more diverse voices from people beyond the “usual suspects.” In city building, we need to create a practice in which we ask “Whose voices, ideas, and experiences are missing?” and “What do we need to do to engage them so we can listen and learn?”

From 2009–2012, I was one of two North American delegates to UN-Habitat’s Research Advisory Board, which produced the Global Report on Human Settlements. At our annual meetings, we reviewed the agency’s reports on sustainable cities, cities and climate change, and sustainability mobility, all informed by research conducted by international experts. Present at all of our meetings were “gender observers.” This team of men and women were appointed to ensure that gender issues were prominently considered and addressed in real and substantive ways throughout the research and recommendations.

Internationally, it is recognized that the only way we are going to change our cities to better meet the needs of a wider range of people is by deliberately and consistently raising issues of gender in our planning and design processes. One technique is to institutionalize public feedback into the reviews of planning and design to formally require their authors to explicitly address gender issues. We have an urban design review panel, why not one focused on gender too?

Recently, some prominent women city builders have gained public recognition. Janette Sadik-Khan, the former commissioner of the New York City Department of Transportation, came to Toronto earlier this year to speak to packed rooms full of keen urbanists. Toronto’s very own Chief Planner, Jennifer Keesmaat, is an internationally recognized and respected voice in city planning. Can you name others? Women and girls are driving community change and city building worldwide, yet their contributions are often invisible, underappreciated, or trumped by the spotlight taken by professionals, the majority of whom are men. 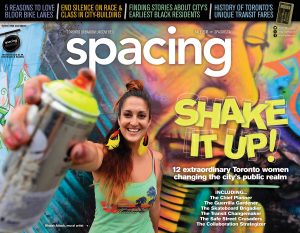 In the cover section of the fall 2016 issue of Spacing (“Shake It Up! 12 Extraordinary Women Changing The City’s Public Realm”), our contributors highlighted the wisdom and experiences of women city builders across public institutions, community organizations, art, and culture. Some of these leaders are formally trained, with professional educations connected to city building. Others bring experience earned by hard and creative work on the frontlines of our communities. Some of them will be known to you because they are high-profile women, others will be new. Collectively, by sharing their stories, these women show us that when women engage and lead the building of cities, we all benefit from more sustainable, livable, creative, and economically vibrant communities. The next time you stumble across a panel on urban issues that lacks diversity, send the organizers a copy of this issue — and add your own suggestions too.

This article first appeared in the fall 2016 issue of Spacing. You can follow Pamela on Twitter at @PJRplan