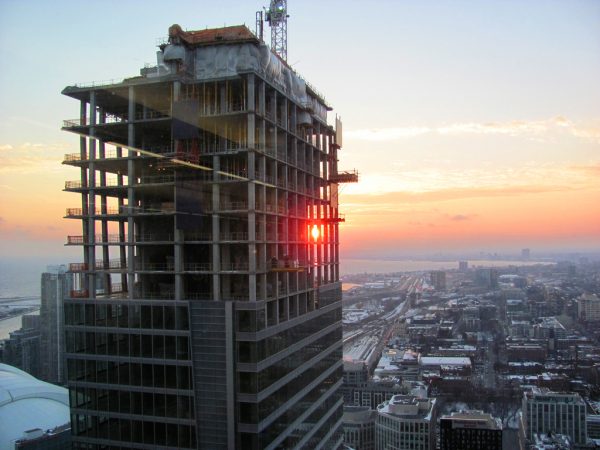 In a year when the high cost of housing dominates the headlines, this year’s federal budget is promoting a bright shiny object: the allocation of $11 billion for housing.

Well before budget day, we were told to expect that $11 billion. On budget day, there it was, in all its glory.

But when you look closer, the money is not actually there. It’s not real. The $11 billion for housing is an alternative fact, distracting us from a gaping hole in the budget figures.

The bright shiny object has, unfortunately, led many NGOs and charities to praise the Liberal government. The praise is likely the product of hope mixed with fear. The promise comes from a political party with a well-earned reputation for not keeping its promises.

The fear is that the Liberal Party’s housing policy has not changed since the 1990s.

After promising a host of progressive housing initiatives during the 1993 election that returned them to power, the triumphant Liberals then declared that housing was no longer a federal responsibility, that no more social housing would be funded, and that existing federally owned public housing would be downloaded to the provinces.

Then-Finance Minister Paul Martin, in his Budget Plan of March 6, 1996, stated: “CMHC will phase out its remaining role in social housing, except for housing on Indian reserves. The first step has already been taken – there has been no funding for new social housing units since 1993. To further clarify jurisdiction in the social housing field, the federal government is now prepared to offer provincial and territorial governments the opportunity to take over the management of existing social housing resources.”

Twenty-one years later, the most troubling proviso in this budget is that the $11 billion will be spent over eleven years. Eleven years? Not three? Not five?

Out of a budget of more than $300 billion annually, is $1 billion a year the best that one of the wealthiest countries on Earth can do? Is our housing system so well developed, are Canadians so well housed, are there so few un-housed people, that the remaining social need for housing assistance now requires only a tiny fraction of our federal monies?

Worse, the amount pledged is not an average of $1 billion per year. It is not huge spending now, tailing off over the remaining years. Instead, there will be almost no new money for housing until after the next election.

That shiny $11 billion object cannot obscure what’s on Page 151 in the Budget, a page with few words and many numbers. Look closely at those columns full of zeros or very small numbers.

All those zeros sit next to the impressive list of housing initiatives included this year with a paltry $20 million allocation next year and the following year, with only $305 million.

Let’s face it: there is no new money for housing this year, and almost nothing for next year. Furthermore, only $3.1 billion of that bright shiny $11 billion is accounted for during the initial five years. The “$11 billion” is an alternative fact for partisan political use.

We now have it in writing that the Liberal government has no plan for any significant spending to address Canada’s housing needs until after the next election.

Yes, last year’s budget allocated $2.3 billion over two years and partly responds to some of the 2015 election promises. But that’s it, out of two budgets that allocate more than $600 billion dollars in total.

We should judge politicians and parties by what they do, not by what they say. The current budget offers no real change from the 1990s philosophy about the limited role of the federal government in Canada’s housing system – aside from the mortgage system.

But let’s look at a budget that actually described expenditure decisions rather than producing partisan talking points. Let’s go back to a previous Trudeau government.

In 1981, interest rates were high, house construction was in a slump, unemployment soared. Given these realities, the 1981 budget introduced a new Canada Rental Supply Plan and then, in 1982, doubled the allocation to 33,000 new private-sector rental units.

The 1982 budget provided funding for a Canadian Home Ownership Stimulation Plan. It doubled the existing Canada Home Renovation Plan, and increased the annual allocation for non-profit and co-operative housing from 25,000 units to 27,500 units for that year.

Those budget announcements were real and immediate, and actually resulted in the construction of affordable ownership, private rental, and social housing, not to mention the creation of thousands of construction jobs.

The cost was about $1 billion in new spending (inflation-adjusted to 2017), on top of existing housing expenditures – e.g., amounts set aside to build 20,000 to 25,000 new social housing units annually.

Now look at last year’s budget, which included funds for a new affordable rental housing innovation program. How much “innovative” rental housing? Just 4,000 units — over five years. In other words, 800 units per year for the entire country. Really?

We used to recognize and make some progress in addressing the pressing housing needs facing Canadians. As a nation, we have the wealth and ability to do so. But our government no longer chooses to address housing shortages.

In an era of alternative facts, it is easy to confuse voters so as to maintain our housing system as it is — a highly efficient mechanism for increasing inequality – rather than providing adequate and affordable housing for all Canadians. We reformed our health care system decades ago. It’s time to reform our housing system.

Who will be the Tommy Douglas of our housing system?

David Hulchanski is Professor, Housing and Community Development, Factor-Inwentash Faculty of Social Work, University of Toronto. Follow him at @Hulchanski.