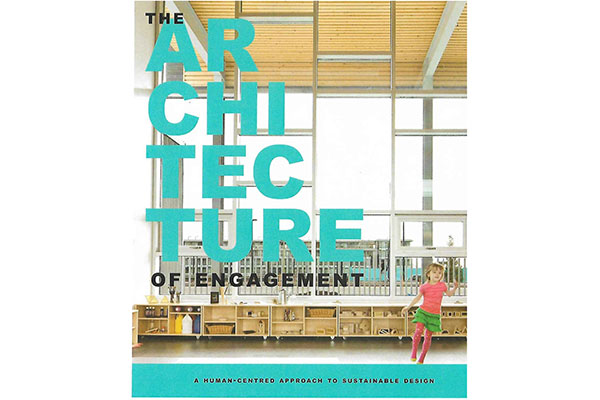 This book provides an important insight into this emerging model of social sustainability in architectural practice. The concepts presented are both comprehensive and inspirational. The many case studies provide a diversity of examples, demonstrating that a values-based approach to design can take many forms and responds to many contexts. It is particularly encouraging to see work from across Canada, as it demonstrates that the need is universal, and that the potential for creative and collaborative solutions is not limited by geographic location or the size of the community.

Now more than ever, with discussions around the world revolving around the need to transform our urban environments for a post-Covid world, there is an opportunity for architecture to shift to a more user-centered paradigm. One in which sensorial experience and health are in tune with a building’s functional program, including how its thermal and energy needs could be balanced with the building’s life-cycle and maintenance. With adaptability and resilience also important issues emerging out of our new normal, The Architecture of Engagement has unbeknownst to its author, Jim Taggart, arrived at a most prescient time.

As pointed out within, Taggart—architect, and editor of SAB Magazine—the notion of social sustainability is not a new one: it has always been one of the legs of the three-legged stool adopted by the US Green Building Council in 1993, with the environment and the economy being the other two legs. People are—and have always been—at the centre of architecture with their activities and interactions setting the program for which buildings exist. Designing with the end-user in mind, along with the potential a building will have for other uses over the course of its life, forms the basis of social sustainability, as illustrated through the numerous case studies making up the bulk of this book.

The introduction of The Architecture of Engagement is given by principal Darryl Condon of HCMA, a firm which Taggart points out has always gone the extra mile to provide for strong social spaces, whether in their designs for pools, libraries, or municipal town centres. Condon’s piece laments the state of current architectural practice, with its hands often tied to provide built solutions to many of our current ills—whether affordable housing or the opioid epidemic. With reference to a controversial lecture delivered to the World Architecture Festival in 2016 by Patrik Shumacher of Zaha Hadid Architects, in which he stated that architecture should focus on the private realm and get out of designing social housing, Condon makes no apologies for stating that, in his mind, this was a low moment for the profession in the eyes of the public.

In Canada, the shuttering of the CMHC’s National Housing Program in the late 1980’s has now resulted in over three decades of social housing not being built in this nation. The good news, as Condon states, is that during that time, “we have experienced a remarkable transformation in the way we approach design, and in our perceptions of the value that we add. We have come to realize that the current revolution in the building industry, with its emphasis on reducing our collective impact on the environment and climate change, is far from complete.”

The book then is very much a call-to-arms for architects to rise to the challenge of both environmental and social sustainability, with the latter now about to rise to a prominence never seen before, thanks to the global pandemic. The public is now more aware of space constraints via social distancing than has ever been seen in the history of cities, and the shuttering of many activities associated with a typical city’s tourism, entertainment, and shopping sectors will most certainly lead to their inevitable transformation in the short-term. Within this context, architects are set to be at the forefront of the professional expertise that will be needed to facilitate this transformation (Mr. Shumacher need not apply).

And much as Jim Taggart has done with his SAB Magazine over the past fifteen years, providing the public and profession with a window into the progress the Canadian Green Building Council has made since its adoption of LEED in 1997, so has the magazine’s primary focus been to promote and advocate for environmental sustainability across Canada. Similarly, The Architecture of Engagement has come precisely at the moment when we need to look at the constraints and potentials of architecture in the social realm, whether public or private. For as the design and building industry has now welcomed Living Building Challenge and Passive House to its business models, so has the time come to also re-examine livability in architecture via social sustainability.

Following a terse forty-page, eight-chapter exposition on the subject, the book is primarily comprised of twenty case studies, which the author admits he had to cull down from 300, with the observation that the twenty projects selected had realized a sustainable agenda which fully embraced the human dimension of design. Early in the book, Taggart references the American philosopher Ken Wilber’s Integral Theory, believing it to be one of the best models for sustainable design, embracing as it does both subjective and objective human experience. He further notes:

Although it has been adopted by many other disciplines since its introduction in the 1990s, integral theory has so far gained little traction among the design professions. In architecture, integral theory would lead us beyond the simple evaluation of the material and functional requirements of a building program, to embrace the many qualitative implications of design.

Using Integral Theory as the point of departure in the book’s opening chapter, Taggart proceeds to look at both Modernism and Postmodernism through its lens, ending with an examination of the Integrated Design Process (IDP) currently being employed in many complex projects. He points out its biggest shortcoming as being that it operates mainly in a quantitative realm. Even LEED and the Living Building Challenge (LBC), with the latter being the most humane metric yet, remains more in the objective realm that the subjective.

In the book’s second chapter—What Price Prosperity?—the author provides a couple of parables to warn us of the risk of strip-mining our physical environments, the most famous being the story of the vanished civilization of Easter Island. He also cites the treatise Cradle to Cradle, with the overall lesson being to create a sustainable relationship with one’s natural resources otherwise our planet will end the way it did for Easter Island.

In the next chapter—Bridging the Divide—the book looks at income inequality, and how it is a major driver of social disparity. Referencing Vancouver’s Downtown Eastside, Taggart looks at the social upheaval that has occurred there since the city’s early history, and how more recent projects by Henriquez Architects (Woodwards) and Acton Ostry (Maple Tree Square) have helped to reinvigorate the area.

In the book’s fourth chapter, The Public Realm, Taggart looks at the research of American sociologist Richard Sennett, who he points out was also a friend of urbanist Jane Jacobs. His research from over 40 years of looking at cities is a hybrid of Jacobs’ bottom-up organic notion, combined with Lewis Mumford’s ordered idea of building cities: “Sennett calls this approach to urban design the ‘Open City’ concept, in which the policy frameworks and physical structures set out by the municipal government are porous and flexible rather than prescriptive and self-limiting.”

The next chapter—Life Support—examines the importance of diversity and inclusivity in city neigbourhoods, along with the importance of building new higher density residences for multi-generational families, citing several case studies from across the country. “These projects are an encouraging sign that some architects and developers are prepared to leave the old typologies behind, and create projects that explore new paradigms.”

In the last three ‘concepts’ of the book’s opening section, the author expounds upon the ever-changing perception people have with their environments, whether natural or artificial. This includes the way green architecture has changed over time, and how it is more and more invisible and taken for granted by the general public. Taggart adds smart technologies to this new paradigm, dominated as we are by our mobile devices.

The closing chapter, Back to Nature, is most appropriate to our current Covid-19 pandemic, as it looks at how incorporating healthier building materials and more passive environmental controls can improve the physical and mental health of a building’s occupants.

The book ultimately provides for a generous sampling of case studies as best representative of social sustainability. There are several ones would expect to see here, including 60 Richmond East in Toronto, celebrated for the integration of its residential and commercial program. Manitoba Hydro provides a current model for a building providing for both its social and environmental aspects. Several Vancouver case studies are also included, such as Acton Ostry’s Gastown Rehabilitation, and LWPAC’s MONAD. Other cities from across Canada are also represented here—from Edmonton and Halifax, to Ottawa and Montreal.

Taggart closes the book with his reflection on the importance of history and place to the social spectrum of architecture, such that we can re-imagine a new relationship with the planet through the places we inhabit. And now, with the world to be made anew post-pandemic, we can imagine a whole new chapter on human habitation to include such notions as social/physical distancing.

As an important reference on what remains as yet a sparsely researched phenomenon in the profession, The Architecture of Engagement is a vital and important companion to every architect’s education on socially sustainable design.

For more information on The Architecture of Engagement, go to Amazon Books.