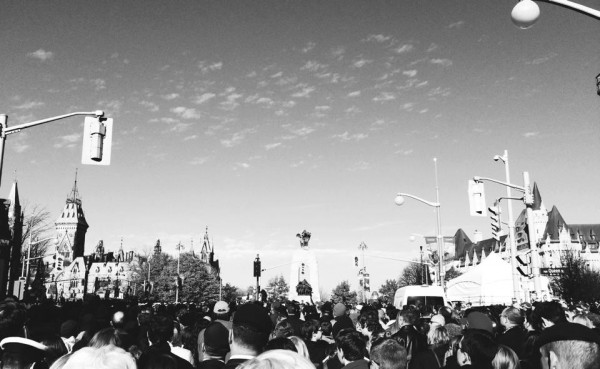 Under the sound of canons and a visibly heightened police protection, the National War Memorial in Ottawa was rededicated with the addition of dates to remember those lives lost in the South African War and most recently, the mission in Afghanistan.

Originally dedicated in 1939 by her grandfather King George VI, HRH Princess Anne officially marked the commemoration, less than three weeks after a Canadian soldier was killed while standing guard over the Tomb of the Unknown Soldier at the base of the cenotaph.

Remembrance Day ceremonies have taken place at the National War Memorial since 1939.