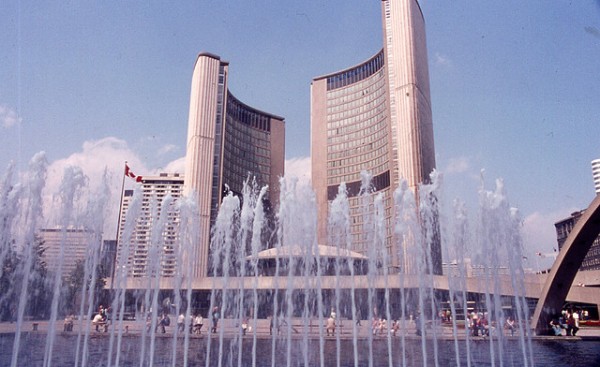 • It’s been a race in which the issues are pushed to the wayside and bickering and past indiscretions reign supreme. As election day (October 25) comes into eyesight, most of the electorate is waiting for post-Labour Day to engage. But as Mike Radoslav writes, the important issues (substance) is being lost to Ford’s history of substance abuse inter alia (scandal). So when are we going to start demanding discussion over, you know, some key issues in lieu of attention-grabbing headlines of past and present faux pas? October 25 isn’t that far away, Toronto.

• If anyone knows anything about Sarah Thomson’s campaign, it’s her relentless push for an expanded subway system. It’s basically mayoral race common knowledge. In our continuing series to look at each candidate’s platform on transit, we put the spotlight on Thomson’s robust expansion project. She’s in favour of subway expansion over light rail transit, and even she admits that’s going to come with a hefty price tag. But she notes there are options including road tolls, open payment systems and private sector partners for footing the bill.

• Twitter wasn’t even around in the last mayoral race, so we look to how social media is impacting the current batch of candidates. Does the voteTO hashtag carry any weight in the race? Who’s leveraging social media best and gaining steam? That’s still undecided. But the ways in which Twitter and its social media friends are affecting mainstream media is of note. But the most anticipated aspect of the social media political race will be to see how many youngsters Twitter and Facebook will get to the polls.

• To stay robust in our coverage, Spacing Votes is also looking to council to see who is shaping up. The mayor’s seat is just one of many seats that needs to be filled, of course.