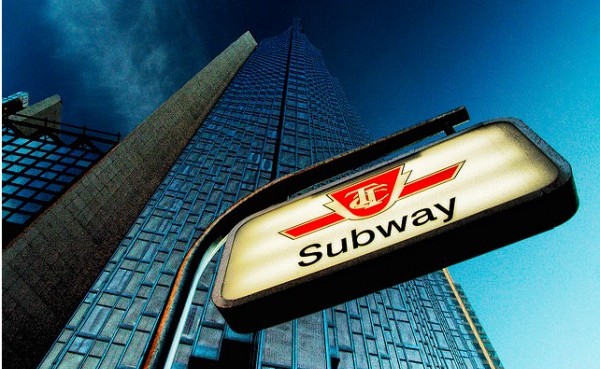 • One option for added revenue for the TTC is selling air rights. It’s an option that some are eager about (Rocco Rossi, Sarah Thomson and Rob Ford) and some not so much. Looking to Hong Kong’s transit system as an example, Sandy Wu looks into the feasibility of such a plan and what it would mean to the TTC, and the city at large. And the T-Dot wouldn’t be the first Canadian city to table the idea — both Vancouver and Ottawa are curious, too.

• Sarah Thomson launched a thorough bike plan last week. A plan — Bike City — that is be lauded by many, and being railed against mainly by drivers. (What else is new?) Spacing sat down with Thomson to discuss her proposed Bike City and flesh out what hard action will be taken. With main concentration downtown where the roads are smaller (and unsafer), the mayoral frontrunner proposes physically separated bike paths on major downtown corridors. It’s a progressive plan that Thomson says fits a progressive city.

• And lastly, a little fun has been injected into the race. (Finally, I know. Where are the real satirists when you need them?) A Pac-Man-esque video game has been created to “poll” the mayoral frontrunners. And the five characters look good, quasi-super hero good. The hope is to engage the video game generation (that’s you, reader) in the race and to hopefully get them involved. Involved more than just playing a computer game and to actually see some make their way to the ballot box. Here’s to hoping anyway.