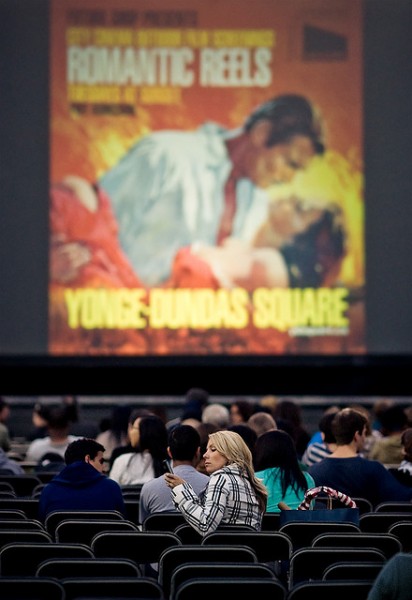 Cinephiles rejoice! Many groups across Toronto are presenting free outdoor film screenings this summer, providing a ton of options for movie nights under the stars. Admission is free (or PWYC), but you’ll have to bring your own popcorn.

Christie Pits Film Festival: When We Were Young
Christie Pits Park
July 22nd, July 29th, and August 12th
Times vary
Website
These three showings will feature films about growing up and coming of age, with a Viewers Choice pick finale. Bring a blanket and pay what you can.

City Cinema: Cult Classics
Yonge-Dundas Square
Tuesdays through August 28th
Sunset
Website
True to its name, this lineup features some great cult classics like Do The Right Thing and Labyrinth. Limited seating is available, but you can bring your own chair.

Free Flicks: Rise of the Underdog
Harbourfront Centre
Wednesdays through August 29th
Times vary
Website
This year’s films explore the trials and tribulations of “the underdog,” with a range of films from cult classic to documentary.

Movies in the Park
Riverdale Park East
Sundays July 8th and 22nd and August 5th and 19th
Sunset
Website
A selection of PG-rated favourites, like Ghostbusters and The Princess Bride.

Movies Under the Stars
Downsview Park
Fridays through August 31
Sunset
Website
Downsview Park presents a lineup of family-friendly films, including E.T. and Puss in Boots.

And if you’re the kind of person who likes to plan ahead, here are a couple of film events (other than the obvious one) coming up this fall:

Regent Park Film Festival
Lord Dufferin Public School
November 2012
Times vary
Website
In its 10th year, this community film festival continues its mission to showcase work, by filmmakers both local and abroad, that is relevant and meaningful to the residents of Regent Park. Although this festival is not outdoors, it is completely free-of-charge and even offers free daycare services for attendees. RPFF presents films on key community issues including race, cultural identity, and immigration, through year-round school and community screenings, in addition to the November festival dates. Visit the RPFF website for more information and details on the 2012 festival schedule.