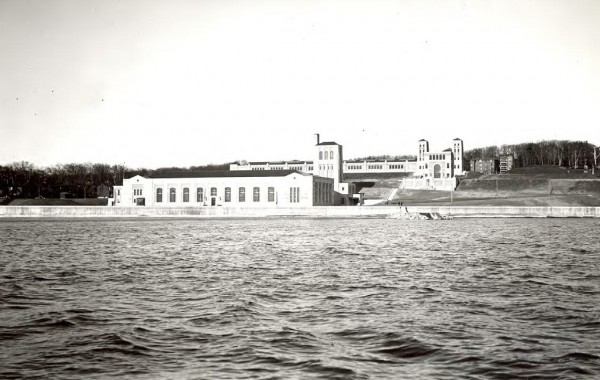 Editor’s note: For more on R.C. Harris and the restoration of the R.C. Harris Water Treatment Plant, check out our summer 2012 issue.

WHEN: until March 2, 2013
WHERE: The Market Gallery, South St. Lawrence Market, 95 Front Street East
HOW MUCH: Free

For the last month, attendees to Toronto’s council chambers have been lucky enough to see some of the most formative moments in Toronto’s history. The room has become a temporary testament to the important role of visionary leadership in creating a safer and healthier ‘city that works.’ That’s right.  Since September 15, Toronto’s old Old City Hall council chambers in the St. Lawrence Market has hosted The Water Czar: R.C. Harris Works for Toronto 1912 – 45, an exhibit documenting the remarkable career and legacy of Roland Caldwell Harris.

While Paris and New York’s greatest public servants were arguably as much the destroyers of their city as they were builders, R.C. Harris’ legacy is by all accounts much less checkered. During his 33 years at the head of Toronto’s civil service, he remade the city through countless projects, some visible, some hidden. His most prominent and well-known achievements included the Bloor Street Viaduct and the Victoria Park water treatment plant named after him. More hidden are projects like the 9-mile filtered water tunnel running up to 95 feet beneath the ground between The Beach and Parkdale, or the RoseHill and Winston Churchill Park Reservoirs — early precursors to Sherbourne Common — that did double duty as 50 million gallon water reservoirs and public parks.

Less well known is R.C. Harris’ impact on transportation. He created and ran the Toronto Civic Railways from 1912 until the TTC was formed in 1921, building streetcar lines where private franchises had refused to extend service to along Gerrard, St. Clair West (where the tracks were separated from traffic), Bloor West, Danforth and Lansdowne. Harris also reconnected the city to its central waterfront, building nine grade-separated routes between 1924 and 1932 over and under the private railway tracks that dominated the shoreline. The very topography of the city was reshaped by Harris as he bridged ravines and valleys, some of which no longer even exist like at Bloor and Keele or St. Clair West and Bathurst.