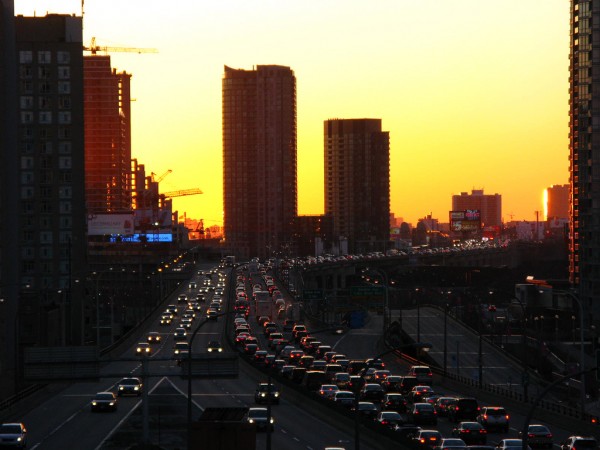 It now appears that an important threshold has been crossed. With the news that over half of the elevated Gardiner Expressway on both sides of downtown Toronto is literally failing structurally — and would have to be substantially replaced at enormous cost, probably in excess of $500 million — a penny has dropped.

It is inconceivable that we would rebuild this expressway from scratch as if we were back in the 1960s, a time when the major goal for this structure was the unencumbered movement of cars through an obsolescent industrial corridor south of the downtown. The world surrounding the Gardiner is radically different; it now traverses one of one of the most rapidly developing high-density mixed-use communities in North America. Without a doubt, there is a painful disconnect between the sterile legacy of the mid-20th century highway environment and the thousands of new pedestrians now populating this emerging area aspiring to be a successful 21st century city.

What to do next may become one of the defining decisions for this Toronto City Council simply because it is unavoidable and will either propel us forward or push us backwards since the choices are stark and leave little room for compromise. We have a major opportunity before us to use this crisis to reduce our dependence on cars and make the shift to more sustainable alternatives. But how do we collectively seize the opportunity to make this massive shift?

While many bold ideas are being voiced — bury it, move it out into the harbour, sell it off — City Council needs a practical road map to make an important leap into a new way of seeing the city’s future that will demonstrate vision and garner broad support. It has to begin by modifying one major assumption: we cannot plan for accommodating the same number of vehicles that currently use this corridor. In fact, the goal has to be to substantially reduce that number. This is the essential paradigm shift that is occurring in major cities around the world as they seek to grow more sustainable by becoming denser, more mixed, compact, and less car dependent.  prime examples being the removal of the elevated West Side Highway in New York and the elevated Embarcadero in San Francisco.

Here some thoughts about framing a plan of action:

Safety is obviously paramount. Chunks of concrete are falling off and sooner or later there will be a catastrophe. Nets or some form of secure protection are needed now plus some urgent repairs.

Accelerate the completion of the Environmental Assessment with changed assumptions

The Environmental Assessment begun by Waterfront Toronto and the City in 2008 and shelved in 2010 was examining the potential removal or modification of the Gardiner from Jarvis to the east. It urgently needs to be completed but with important changes to the underlying terms of reference. We now know that the Gardiner is structurally unsound on both sides of downtown. We also have to look at alternatives that call for an even greater reduction in automobile traffic in the corridor in favour of other modes.

Exhibit the work from the International Competition held in 2009/10

As part of the aborted Environmental Assessment an International Competition was held with top interdisciplinary teams from around the world looking at alternative solutions for the eastern portion of the Gardiner. Seeing these designs would be an important step in engaging the public in a discussion of possible futures.

Produce a new set of alternatives for the entire corridor for the Environmental Assessment including ones that show what a reasonably scaled surface network would look like (designed for reduced traffic) along with an accelerated combination of compensating transit and active transportation alternatives including GO, the Downtown Relief Line, the Waterfront LRT, and a range of Traffic Demand Management measures.

This combination of contraction and expansion is the crux of the paradigm shift. It has to simultaneously reduce auto-capacity while dramatically expanding alternatives. It has to be bold and aggressive. It has to look out 15 to 20 years and needs active involvement from Metrolinx and the TTC. It has to accept that there is no gain without pain, which is inevitable no matter what course of action we choose. And it must be directly linked to the broader decisions facing our community about funding strategies to make crucial investments in viable long term transportation strategies. It may become the most significant demonstration of a new political will to tackle the need to make this change.

Model the alternative visions for the new Gardiner-Lakeshore corridor

The Environmental Assessment is not just a technical exercise about traffic and mobility. At its heart, its an act of city building. It will speak directly to the kind of city we aspire to become. It is important to help people visualize how this critical decision will re-shape this part of the city. Residents need to visualize what the conditions on the ground can be including improvements to the public realm, increased access to the waterfront, and the opportunities for economic development and neighbourhood building.

Do a broad comparative analysis of how these visions would perform, qualitatively and quantitatively

This is one of the most important decisions that the city will make. It is important to understand the places and opportunities it will create and their impacts in terms of environmental, social and economic terms.

Provide a serious parallel analysis of how to finance this shift

Identify the combination of public and private sources that can be tapped. This is a regional transportation problem; its about more than the highway and should be paid for by more than Toronto taxpayers.  There are also opportunities for offsetting revenues from private sources.

One of the most important considerations is how to keep the city functioning during the unavoidably significant period during which the shift would occur.

This is an extremely important piece of work; its consequences are far reaching. To be successful it will require a major coordinated effort by many parties acting together under pressure and it may just be that pressure and the sense of urgency around an impending crisis that makes it possible for Toronto to step up to the plate.