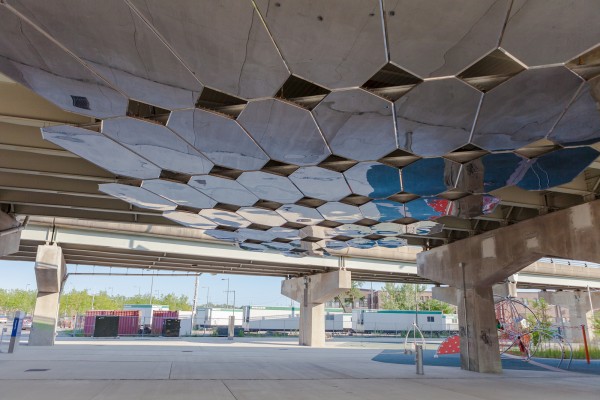 Toronto’s new(ish) Chief Planner Jennifer Keesmaat hasn’t been shy about wanting to open up the planning process and get people talking about their city, so when she gets a dozen experts together to discuss the issues facing Toronto, she wants to make sure the public is listening and able to respond.

Enter the Chief Planner Roundtables, a series of discussions hosted by Keesmaat that brings together City Hall insiders and outsiders. The events are open to the public, live-tweeted, broadcast on RogersTV and available on the City’s website, giving you plenty of ways to catch them and chime in. The first roundtable took place on Tuesday, February 26th and was focused on “Our Urban Fabric: Designing and Creating Public Places.”

Panel members included Gordon Stratford, Director of Design at HOK, Robert Freedman, the City of Toronto’s Director of Urban Design, and Anne Golden, former chair of the Province of Ontario’s Greater Toronto Area Task Force and now Visiting Scholar and Special Advisor at Ryerson University. The session started off with a series of PechaKucha-style presentations in which six speakers had five minutes apiece to make their case for what’s needed to improve Toronto’s public spaces. A fairly relaxed conversation involving the full panel of twelve followed on how to go about making changes.

A mixed picture quickly emerged, where exciting new spaces such as Underpass Park or Sherbourne Common show what Toronto can do to bring people together, but where we also risk becoming a city of “No.” No, we can’t afford high-quality streetscapes, squares, and parks. No, there is no point spending the money on these kind of projects. No, it takes too long to get anything done. No, the City, developers, and community can’t plan ahead or come up with a coherent vision for the city.

In addition to problems, though, were no shortage of solutions. Much mention was made by panelists of “getting the basics right,” such as cleanliness and keeping street trees alive. The City can change its budgeting to reflect long-term payoffs in investments through reduced maintenance and increased property values. The City needn’t fear partnerships with Business Improvement Areas or developers to deliver privately-owned public spaces or funds for neighbourhood improvements. Public consultation processes can be improved, with design competitions requiring concrete ideas taking the place of broad visioning exercises that end up going nowhere.

Panelists certainly subscribed to the “less is more” philosophy of design, in that simpler spaces are, within reason, more useful to more users, and that the process shouldn’t be over-complicated or over-thought. However frustrating they find building better public places in Toronto to be, they also exuded a sense that these problems are hardly unsolvable.

Six Chief Planner Roundtables are scheduled, with three more coming in the fall. The second roundtable took take place today, which discussed building a “Resilient City” in the face of climate change. A third event, on the “Next Generation Suburb,” is scheduled for Tuesday, April 2nd, also from 9 a.m. to noon. All events are held in Committee Room 2 on the second floor of Toronto City Hall.