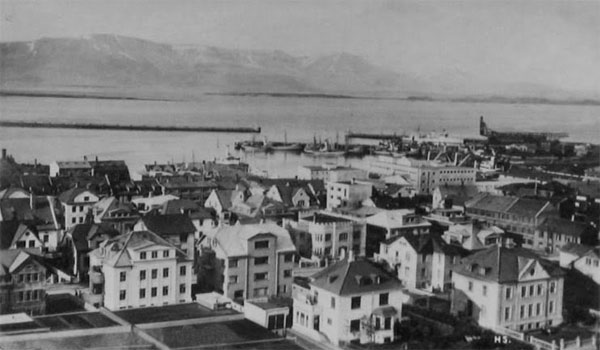 Iceland didn’t want any part of the Second World War. It was all tiny and defenseless and alone out there in the north Atlantic. Most of the hundred thousand people on the island were peaceful farming and fishing families. They had no army; only a few dozen hastily-trained police officers. For the most part, the Icelandic arsenal was limited to a few pistols and rifles and a couple of antique cannons. But that was the point: ever since the end of the First World War, when they had been granted their autonomy under Danish rule, Iceland had been an officially neutral country. They weren’t going to be doing any invading — and no one was supposed to invade them.

Winston Churchill, however, had other plans. At the beginning of the war, he was in charge of the British navy. And he was worried. In April of 1940, the Germans had invaded Denmark and Norway — both neutral, just like Iceland — giving the Nazis a strategic advantage. If Iceland were captured next, the Allies would be in serious trouble in the north Atlantic. “It has been said,” Churchill wrote, “‘Whoever possesses Iceland holds a pistol firmly pointed at England, America, and Canada.'” He tried to convince Iceland to join the Allied cause, but when his efforts failed, he turned to a new plan.

In early May, Churchill launched “Operation Fork”. A few hundred British soldiers set sail for Reykjavik to invade Iceland, occupy the island and defend it against the Nazis.

Things got off to a rocky start. The plan was thrown together in a rush; they were still figuring out the details en route. None of the invaders spoke Icelandic. They had only a few maps and even those were unreliable; one of them was drawn from memory. The soldiers — who weren’t supposed to know where they were going — figured it out anyway. And on the trip over, lots of them were getting seasick. One of them even committed suicide. Then, the element of surprise was ruined: the plane sent ahead to scout the island woke people up in the middle of the night. By the time the Allies got there, a crowd had gathered at the harbour in Reykjavik and the German consul was already burning documents in his bathtub.

But when you’re invading a country that has no army, you can afford to make a few more mistakes than usual. When the Allied destroyers arrived — on the very same day Churchill became Prime Minister back in England — they were met by throngs of curious onlookers, but no resistance (expect for one guy who took a gun away from an Allied solider, stuck a cigarette in the barrel and handed it back). The Allies quickly fanned out across the island, disabling communications, arresting all German citizens and sympathizers, seizing whatever Nazi documents hadn’t been burned, and taking over strategic positions.

The Icelandic government was understandably upset. They officially protested, pointing out that their sovereignty had been “flagrantly violated” and their “independence infringed” — but they also asked their citizens to treat the occupying forces as “guests”. For their part, the Allies promised to pay for everything they broke and leave just as soon as the war was over. Today, the Icelandic government remembers the “brave and gallant” Canadian occupiers “with great gratitude”. They even gave us the very last shell from those antique cannons.

And after the invasion, it was the Canadians who were left to do the actual occupying. Leading the way was the Royal Regiment of Canada — one of Toronto’s most storied forces, with roots going all the way back to the Battle of Lime Ridge in 1866. Young men from places like Forest Hill and Kensington and Sunnyside — many of whom had never even left the city before their training in Halifax — were living in drafty military huts in places like Reykjavik, Hvalfjörður and Sandskeið, expanding airfields, building defenses and getting drunk on the local moonshine, “Black Death”.

It didn’t last long. About a year after they arrived, the Canadian troops were needed elsewhere in the war; the Americans took over. The Royal Regiment of Canada soon found themselves in much more dangerous places. The very next summer, they stormed the beaches of Dieppe. More than half of them were captured; almost half of them were killed.

A version of this post originally appeared on the The Toronto Dreams Project Historical Ephemera Blog. You can find more images, sources, links and related stories there.