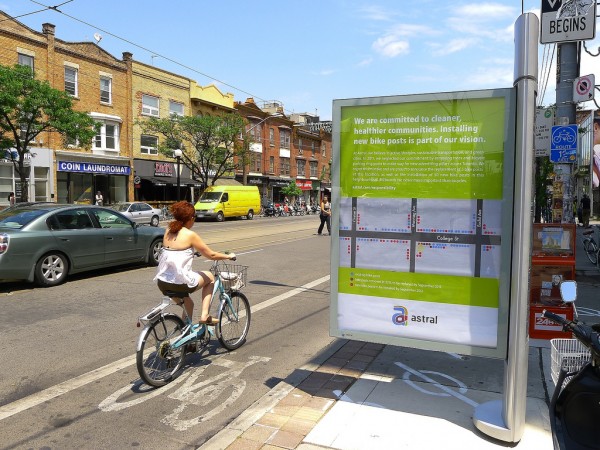 As a graphic designer obsessed with the details of the city, I look for opportunities to use design and visual communication for good. Unfortunately, much of the design industry devotes itself to causes that have a negative impact on public space, namely by creating corporate advertising for billboards. So I’m proud to be running a design studio that does the opposite – using design to support projects of progressive city-building and meaningful civic participation. I believe graphic design can play a key role in communicating ideas, generating public participation, and imagining the world we want to build.

There are countless inspiring public space initiatives in Toronto, and I’ve been honoured to collaborate with some great folks. A few highlights from my studio’s work over the past year include:

In addition to working on client projects, I also believe there’s a place for creative civil disobedience to challenge the status quo. This is why I also do street art and have participated in a few collaborative projects. A couple years ago, Astral removed several bicycle posts from the sidewalk on College Street in order to install one of their controversial “info pillar” billboards. In response, I collaborated with the Urban Repair Squad and Mexico-based Camina Haz Ciudad to paint some white stencils on the ground, honouring the disappeared bike posts. Weeks later, Astral responded with an ad in that very info pillar, apologizing for the mistake, re-affirming their commitment to public space, and promising to install dozens of new bike posts in the area. It turns out, the ad was a hoax – I had designed it and had it installed as part of the cARTographyTO artistic takeover of info pillars across the city. The project ignited a national debate about public space, advertising, and art – which confirmed that my work was striking a chord.

Remember that the city is yours. It belongs to all of us, so don’t be afraid of taking things into your own hands and creating the kind of city you want to live in. It’s important for us to advocate and shape policy, but we don’t have to be satisfied with the status quo of public space being ruled by corporate interests and we aren’t limited to what makes it through the red tape of government. So get out there, get to know unfamiliar parts of the city, and when an idea strikes, just go ahead and make it happen. The city is your canvas – dream big. 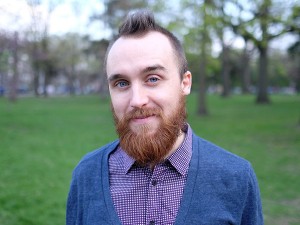 Jay Wall is the Creative Director/Designer at STUDIO JAYWALL, a Toronto-based team specializing in creative direction and graphic design for social, cultural, environmental, and city-building initiatives. Much of Jay’s work focuses on using visual design to build communities, to shape the cityscape, and to support civic engagement – often collaborating with architects, urban designers, community organizations, and not-for-profit organizations. Some clients include Jane’s Walk, Evergreen CityWorks, archiTEXT, and Spacing. Jay grew up in the woods of Northern Ontario but has called Toronto home for 8 years. He has come to love the city, where he is a bike-riding, street art-making, ukulele-strumming troublemaker.