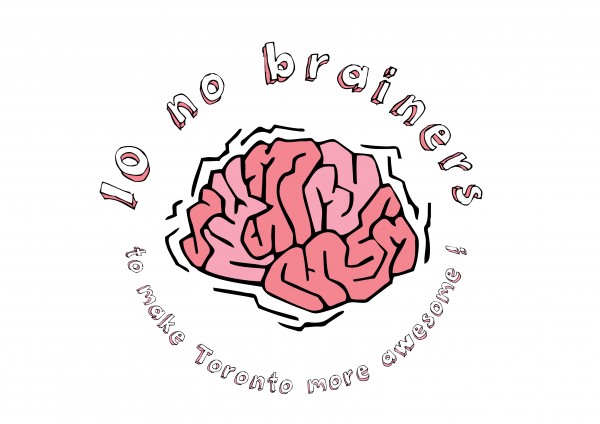 Over the last week on Spacing Toronto, the Centre for City Ecology pitched 10 No Brainers to make Toronto more awesome. To recap: a No Brainer is a small alteration to City bylaws, fees, or administrative processes that would improve life in Toronto’s neighbourhoods and would require relatively little time and effort to implement. A diverse cast of Torontonians proposed 10 No Brainers to make Toronto more awesome, including:

These No Brainers highlight ideas that are concrete and achievable in the short-term, provided that the political will exists to champion them. They invite us to consider all the amazing ideas emerging out of Toronto’s neighbourhoods and the kinds of small, achievable changes that local City Councillors can champion at City Hall.

To continue the conversation about these No Brainers, the Centre for City Ecology will host a Pop-Up Event, free and open to the public.

Spacing readers are invited to join us for the Pop-Up event!

*please note that the October 2 Pop-Up Event has been cancelled, with both events rolled into the October 9 date.

At the event, candidates for City Council will be invited to get up on a soap box and share which No Brainer they’d champion at City Hall, if elected, and why. Residents can learn more about the 10 No Brainers through a display of informational posters and contribute to a discussion about small ideas with big impact for Toronto.