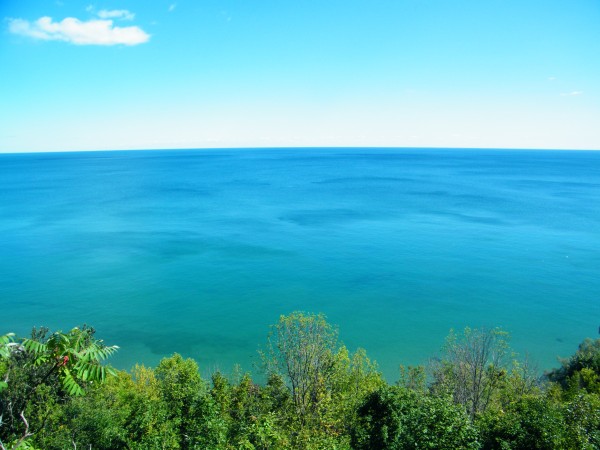 A few weeks ago I biked over to The Guild park. Known for its collection of modern Toronto “ruins”, a bonus to visiting the park is its unobstructed view of Lake Ontario. Gazing from cliffs high above the water, far from the distractions of the Bluffs or the skyline, and without the Island and Leslie Spit interrupting the horizon, all that can be seen from the Guild’s vantage is sparkling and limitless blue.

It’s moments like this, high above the water along Scarborough’s cliffs, that confirm it for me. Calling this enormous body of water a Lake doesn’t do it justice. Lake Ontario — it’s a Sea.

When I was showing a friend from Sweden around Toronto last Winter, she looked over Lake Ontario and kept casually calling it “the sea”. In Swedish, sjö refers to both lakes and seas, so she wasn’t technically wrong. The roots of most Germanic languages make no distinction between lakes and seas, and it turns out, among today’s oceanographers, there is no accepted definition of sea. 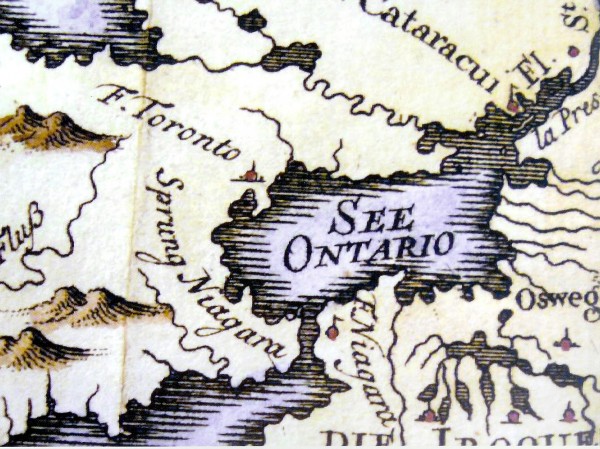 A German edition of an atlas map by French mapmaker Jacques-Nicolas Bellin from 1757, from The Historical Atlas of Toronto by Derek Hayes

The same goes for lakes. Though definitions vary, lake often refers to a small, inland body of water. And the way we use it, a lake suggests waters that are knowable, safe and domesticated — calm waters that you can dip your feet in at the cottage.

I know it’s just a matter of language, and may seem trivial. But the language we use says a lot about our relationship with the world, and Toronto could use some help reinvigorating its relationship with the vast body of water along its southern edge. Calling it a lake has made us forget about the water in our ideas of Toronto’s identity and geography. If we started calling it the Sea of Ontario, however, we would be acknowledging the water’s power and mystery, launching it into prominence in our civic mythology.

Over in the Middle-East, the Sea of Galilee is technically a lake. But its importance in the history and mythology of Western civilization transforms this tiny patch of fresh water into a Sea in our minds – a body of water with enough stories and myths that its worthy of its name. (For comparison, The Sea of Galilee is 166 km squared, whereas Lake Ontario is more than 18 000 km squared!) 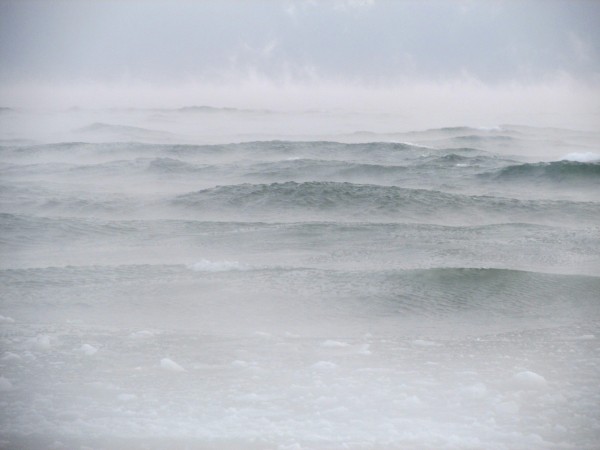 Stormy Lake Ontario has been known to wreck ships

Of course, Lake Ontario has its own share of stories and myth. Though a “lake”, this body of water is a powerful force, as mighty as any sea. When stormy, its waves have battered boats and taken lives. Last March, the TRCA hosted Lake Ontario Evenings: Hidden Secrets of the Lake. The audience regaled in tales of Lake Ontario from geographers, historians and marine archaeologists. We learnt of shipwrecks from the War of 1812, and how Robert Ballard, an oceanographer of Titanic fame came to explore a pair of sunken boats, the Hamilton and Scourge. We learnt about the HMS Toronto, wrecked off the shores of Gibraltar Point in 1811, and the Monarch, which sank in 1866 off Ward’s Beach.

Throughout the evening, as the Lake Ontario experts shared secrets of the Lake, they kept accidentally calling it a sea.

The waters have brought trouble to more recent ships as well. I recently encountered a boat mechanic who worked on the short-lived ferry connection between Toronto and Rochester. Its failure is often explained as financial, but the mechanic told me that wasn’t the whole story. Apparently the catamaran, designed by an Australian company for ocean journeys in the South Pacific, couldn’t handle Lake Ontario’s waves. The powerful waters lead to mechanic failure, adding to the cost of operation. The ferry is now in Denmark after briefly doing service between Tarifa, Spain and Tangiers, Morocco, where it sailed passed the other Gibraltar Point.

Though the Great Lakes are often referred to collectively as inland seas, individually, they are rarely given the sea treatment. By taking cues from its size, its stories, and its scope, calling Lake Ontario a sea would elevate its status in the minds of Torontonians, enabling us to embrace our identity as a City by the Sea.