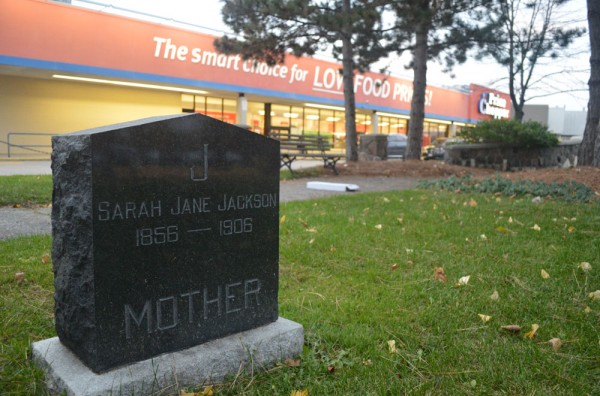 The 100 or so people interred at Christie’s Methodist Cemetery near Warden and Finch never expected they would spend a portion of eternity buried outside a Price Chopper supermarket.

Yet for the small group of early Scarborough settlers and the small number of their descendants who were buried in a farmer’s field a day’s walk from the nearest major settlement, modernity would be surprisingly quick to overtake their rural resting place.

Christie’s Methodist Cemetery was founded in the 1840s on Lot 33, Concession 4, in the township of Scarborough. The once densely forested land has been cleared of trees and prepared for farming by Josue L’Amoreaux and his sons, a French Huguenot loyalist family for whom the present day neighbourhood is named.

Isaac Christie and his wife Isabella Graeme, both immigrants from Armagh, Ireland, bought the 100 acre lot in 1836 and allowed local Wesleyan Methodists to set up a small wooden church among their fields. Permelia Roy, one of first people to be buried at Christie’s, was interred in 1849. She died on the 10th January that year, aged 36.

The majority of the burials date from the late 1800s, but according to a newspaper report, the site was active as late as the 1930s.

The Methodist congregation was absorbed into the United Church of Canada in 1925 and the original church building moved to Buttonville in 1938, leaving the small cluster of graves isolated and vulnerable. 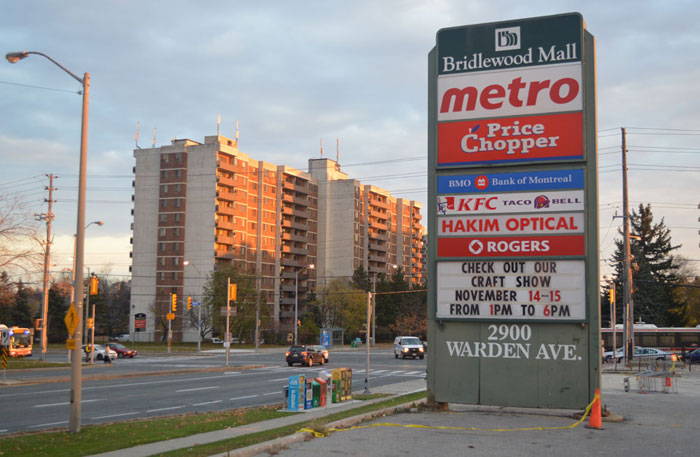 Developer Select Properties Ltd. acquired the land in 1974 with an eye to building a shopping mall. In the 40 years since the church had moved, many of the graves had been vandalized and neglected. Headstones disappeared, others were smashed and scattered among the tall grass.

Select Properties, like the previous land owner, Robert McClintock Construction Ltd., tried to have the graves exhumed and moved elsewhere, but the cemetery’s board of trustees and the relatives of the dead objected. Under provincial rules in place at the time, a cemetery could not be disturbed without the consent of next of kin.

Instead of suffering through a potentially traumatic upheaval, the trustees pushed for the graves to be renovated and maintained at the expense of the land owner in exchange for permission to build and operate the mall.

The battle was lent some weight by Dalton Bales, the Ontario Attorney General, whose grandmother, Rachel Christie, was one of those buried at Christie’s Methodist Cemetery. She died in 1867 and appears to have been related to the Christie family that founded the cemetery.

Scarborough council deemed the trustees’ concerns reasonable, and Bridlewood Mall was forced to work the graves into its parking lot. A model of the development shown in the Toronto Star at the time suggested the northernmost part of the shopping centre had to be nudged slightly west in order to accommodate the site.

Robert Maron, the project manager, wasn’t happy. He thought the location of the graves outside one of the main entrances would put a dampener on the spirits of his customers.

“I don’t know how people are going to like the idea of walking by or over something like this on their way to shop,” he told the Star. “We are particularly worried about the little old ladies who might visit the plaza, see the cemetery, and then decide not to return.”

He said the company had decided to stop calling it a cemetery and refer to it as “Pioneer Memorial Park” instead. It doesn’t appear the name stuck for long. The plaque erected by the Scarborough Historical Society uses the original name.

In 1975, the Bridlewood Mall opened with Christie’s Methodist Cemetery located directly outside the doors of its anchor supermarket, a Food City. Trees were planted around the edge of the small graveyard and the area pleasantly landscaped. Many of the broken headstones were pieced together and set in a stone wall. Just seven of the original grave markers remained in their original position.

“It’s the best thing that could happen to that cemetery,” said Fred Morgan, then 93 years old, whose grandparents, sister, and two brothers were buried in the graveyard. 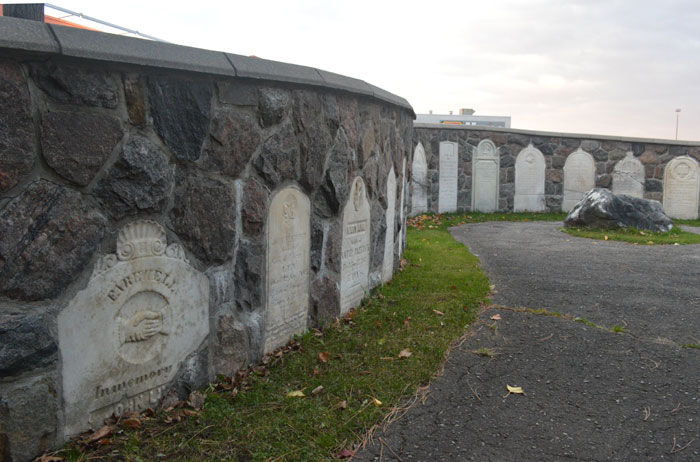 The story doesn’t end there, however. In August 2010, Toronto city council approved the construction of eight new residential buildings at the Bridlewood Mall that will range in height from seven to 25 storeys.

In exchange for building permission, the developers agreed to maintain Christie’s Methodist Cemetery and work it into a larger neighbourhood green space. Money was also set aside for improvements to the Bridlewood branch of the Toronto Public Library.

So far, nothing has come of the project. Construction appears to have been stalled by negotiations between mall owner Malibu Investments Inc. and discount retailer Target, which plans to expand one of the mall’s vacant stores.

Today, the graves are shaded by an oasis of evergreen trees just opposite where the Price Chopper stores its shopping carts. Birds chatter loudly in the trees as two mall workers sit and smoke on a bench. It’s surprisingly quiet in the late afternoon. Per the agreement, the grass is kept neatly trimmed and flowerbeds free from debris, though there are a few cigarette packets and coffee cup lids scattered around.

A banner on the side of the mall is advertising condos, but there’s no sign of a Target.

The dead rest in peace, for now.