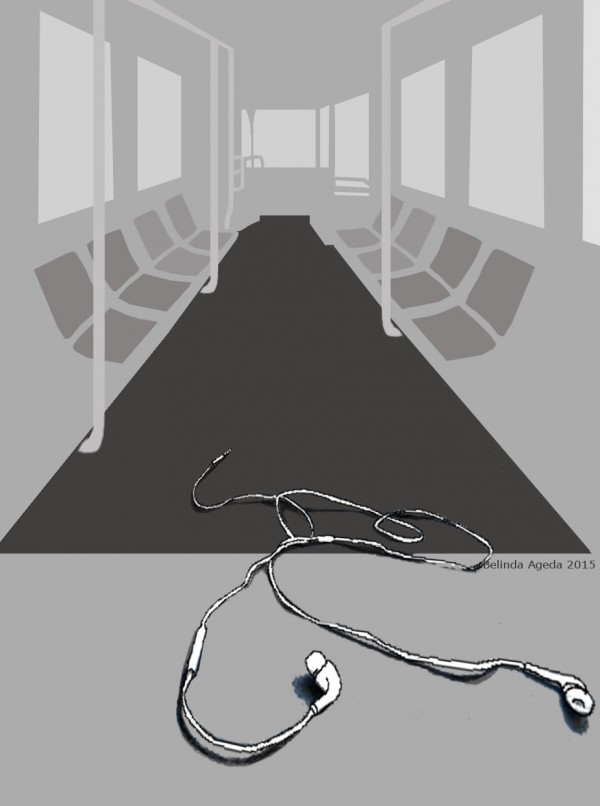 “I only knew something was wrong when he ripped my headphones from my ears, grabbed me by the back of my neck, bent my right leg and shoved me off the seat, throwing in a punch or two as I fell.”

This public transit attack happened to Andrea when she was attending college. A male passenger thought that she was in fact a “he” and decided to teach Andrea a lesson for not giving up her seat to an elderly lady who boarded the bus. In addition to not knowing Andrea’s gender, this man also didn’t know that Andrea and the elderly lady were actually good acquaintances. They regularly rode the same express bus, exchanging smiles as they settled into their seats for their respective journeys.

Andrea did not see the attack coming. After all, why would she? Most of us don’t expect to be violently assaulted while travelling on public transit. Besides, she was seated directly behind the driver listening to Broadway tunes. During the attack Andrea recalls the man referring to her as a boy, and admonishing her for having her feet on the seat. Although wounded and deeply ashamed, (she explains the irrational embarrassment she experienced for having been made the centre of unwanted violence and attention), she managed to retort, “My feet were not on the seat. And I’m a f*cking girl, you moron!” His only defense was that if she truly was a girl, she should dress like one and style her hair differently.

And there you have it.

One of the most complex and emergent issues we have in terms of ensuring the safety of everyone within the public sphere (including transit), is the public response to gender non-conformity. A number of gender non conforming individuals, as well as experts, have highlighted the tension that is created in public spaces when large groups, law enforcement, or service providers sense that something is different about an individual’s gender identity or performance.

Many of us become uncomfortable, suspicious, fearful, or even violent when an individual doesn’t fit within the male and female binaries or containers we’ve been using for centuries. Interestingly, the real threat is squarely faced by the individual outside of the gender binary. Furthermore, there is massive confusion between sex (pertaining to biology) and gender (pertaining to social roles). Inappropriate interchange of these two concepts coupled with ongoing struggles with the breadth of human diversity contribute to public sphere hotspots (including transit) for gender non conforming and transgendered people.

When first grasping this idea, I found it helpful to think of gender as a spectrum. Many people identify and present as male OR female. However, on this spectrum, there are also people who identify as genderqueer, gender fluid, transsexual, and gender non-conforming.

Although exploring the gender non-conformity and transgendered identity  from a marketing and clothing angle, this PBS NewsHour segment highlights the ways that gender non-conforming and transgendered individuals are embracing their authentic selves while pushing back against public invisibility and erasure. More in depth explorations, like this recent episode of Doc Zone comprehensively unpacks variances of experiences, social attitudes, and biological misconceptions. This emerging conversation is both challenging and positive. Sadly, it is also leaps and bounds ahead of public space policy, urban infrastructure, and facility management practices.

To further complicate this matter, the bulk of emerging research focused on this issue addresses public spaces such as shelters, bathrooms, and detention centres/prisons not public transit. For example, upon examining self-report surveys and needs assessments, hot-line call and social service records, and police reports, Rebecca L. Stotzer found that, “Violence against transgender people starts early in life, that transgender people are at risk for multiple types and incidences of violence, and that this threat lasts throughout their lives.”

My public transit exchanges with gender non-conforming and transgendered women anecdotally support these findings. A lesbian, non-conforming woman explained it to me this way- “When you’re walking down the street or biking you can quickly escape the disgusted glances, cruel words, and potential physical attacks; on transit you’re trapped until the next stop.” Another woman revealed the shortcomings of well-meaning bus drivers who allow individuals they perceive to be women to exit the bus in between stops late at night for safety and refuse this same service to gender nonconforming women, who often face increased risks.

There are clearly a number of learning opportunities and issues related to this particular transit equity dilemma. But the one that most disturbs me is our collective silence. Andrea explained that the bus driver, also a woman, did nothing during and after the attack. She indicates that this was also the case with the vast majority of passengers. Fortunately, the elderly woman who the man was “defending” gave him an earful for his horrifying behavior and comforted Andrea for the duration of the ride. As Andrea exited the bus she turned to the bus driver and asked why she hadn’t intervened. The driver said something about not knowing what was happening and in Andrea’s view she didn’t appear to be concerned.

For Andrea, the months that followed were filled with panic attacks and finding alternate ways of getting around. She has however began using public transit on a regular basis and has had a number of wonderful exchanges with both drivers and passengers. The clarity with which Andrea shared her transit experience suggests considerable healing and insight. I suspect that I wouldn’t be able to say the same for the coward who beat a young girl unprovoked, the silent passengers, and the unresponsive bus driver.