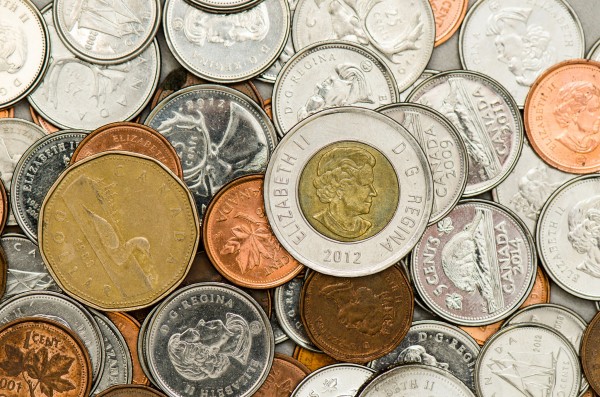 This fall, Toronto residents — not bureaucrats or politicians — will decide if the city adds benches along Danforth Avenue, lighting improvements in Oakridge Park, or a new shaded area in Prairie Drive Park. As part of a pilot project in participatory budgeting, residents in three neighbourhoods — Don Valley East (Ward 33), Oakridge in Scarborough (Ward 35) and Rustic in Etobicoke (Ward 12) — will be the ultimate decision-makers on which community ideas receive $150,000 in funding.

The city holds consultations on everything from park renovations, proposed cycling lanes and responsible pet ownership. Participatory budgeting is meant to be different: instead of merely receiving information and giving input, residents directly propose and decide what will happen in their neighbourhoods. Yet with the results now rolling in, the city faces a tough question: is the participatory budgeting experiment intended to truly hand over fiscal power to residents, or is it just another consultation tool in disguise?

What is participatory budgeting?

In 1989, Porto Alegre, Brazil became the first municipality in the world to introduce participatory budgeting (PB) in the wake of the election of the Labour Party, which pledged more open government. Porto Alegre is touted as the prototype. At the time, a third of the city’s population lived in favelas (slums) without access to basic infrastructure, like clean water and medical clinics. The city used participatory budgeting to engage citizens on ranking Porto Alegre’s priorities. As a result, civic involvement skyrocketed, corruption dropped as a result of decision-making becoming more apparent, and the city’s priorities changed. For example, a World Bank paper concluded that participatory budgeting in Porto Alegre led directly to a 20% increase in sewer and water connections, and a quadrupling of schools. The UN Habitat, a United Nations program that focuses on urban growth, declared the experiment to be an international best practice.

In the quarter century since Porto Alegre’s bold experiment, thousands of municipalities have introduced variations of participatory budgeting, including leading cities in developed countries. Josh Lerner, executive director of the non-profit Participatory Budgeting Project says that this approach enables residents to contribute their local knowledge to projects and ensure tax dollars are well spent. Lerner told Spacing: “Participatory budgeting is about authentic community power. It gives people the power to make real decisions about real money, together with government staff and experts. When people have real power, they step up and become more engaged.”

New York launched its strategy in four districts in 2011, and has now expanded to 27. In the 2014-15 cycle, councillors earmarked $1-2 million from their discretionary funds for participatory budgeting, for a total of $32 million across the city. Over 51,000 New Yorkers cast ballots for initiatives like new parks, sidewalk repair and a mobile food pantry.

Paris, in turn, has embraced the practice so enthusiastically that city council passed a by-law that requires the municipality to allocation a portion of its annual expenditures for participatory budgeting. This year, Paris council allotted €75 million, up substantially from the €20 million in 2014 when the city funded €1m for “learning gardens” in primary schools and €1.5m to use abandoned areas around the city’s ring road for exhibitions. In 2015, Paris will direct half of its participatory budgeting allotment to “city projects” and divide the other half between the 20 city districts, with poorer areas like Belleville-Menilmontant (part of the 20th arrondisement) and Pigalle (on the border of the 9th and the 18th arrondissement) awarded more funding.

In Toronto, the City Manager’s Office moved to pilot this approach using existing staff resources after City Council approved the plan last February. Throughout the summer, city staff hosted dozens of meetings to inform residents about the cost implications of each project, and the potential benefits for their neighbourhood. A list of resident-selected projects is now available on the city’s website. Anyone 14 years or over and who lives in the pilot areas may apply through the city website to vote on participatory budgeting projects.

In the past two weeks, Oakridge neighbours decided to fund lighting, water fountains, and bench improvements in two of its parks. Over 400 residents voted in Ward 33 for a Don Valley Fitness Park, bike lockers near Don Mills Subway Station, and the Brian Village Gateway Project. Councillor Frank Di Giorgio’s office, meanwhile, considered the Rustic pilot “a great success,” with more people coming out to vote than showed up to for the consultations. A third-party consultant is studying all three PB pilots and will report to City Council when it revisits the experiment in November.

Toronto has looked at variations of participatory budgeting before. In 2004, then-Mayor David Miller introduced “Listening to Toronto,” public consultations to inform residents about the budgeting process and hear their views. But the initiative lasted just two years and did not enable participants to actually make budget decisions. Yet Toronto Community Housing has a long track record with this kind of decision-making, offering tenants the opportunity to vote on improvement projects since 2001. This year, TCHC allotted a whopping $8 million for tenants to decide on improvements to public safety, laundry facilities and playgrounds.

A few individual councillors have also pursued their own projects. Last year, Councillor Shelley Carroll (Don Valley East) used a variation of participatory budgeting to help allocate community development funds in her ward. She believes that this idea is a panacea for Toronto’s “age of disgruntlement.” Mayor John Tory agrees, saying the pilot is a thoughtful and direct way for residents to tell City Hall what matters to them. In a quote submitted by email, Mayor Tory advised Spacing that participatory budgeting “will lead to residents getting more involved in their community and working together to create a better Toronto.”

Besides such high-minded goals, participatory budgeting may help re-elect politicians who adopt the practice, according to Paolo Spada, Democracy Fellow for the Center for the Study of Democratic Institutions at University of British Columbia. But, he cautions, there are no commonly accepted metrics for evaluating how well participatory budgeting works. He says it is initially difficult to measure whether this technique is merely “window dressing” or meaningfully transforms the process by which budget decisions are made. Spada believes that genuine participatory budgeting is very successful at engaging residents to discuss and decide matters of local importance, but that people generally won’t turn up if their participation doesn’t lead to anything.

A real change to local participation in Toronto?

Oakridge and Rustic are both Neighbourhood Improvement Areas, meaning their “equity score” — a number based on indicators such as health, economics, political participation and education — is low. Selecting them to be part of the PB pilot suggests the city is making a genuine effort to move beyond the existing project-brokering process between councillors, local groups and city staff to listen to voices that generally aren’t heard. As Lerner says of New York’s approach, “Equity is baked into the history of it. Participatory budgeting has tended to engage low-income and marginalized communities the most, when governments partner with community organizations and prioritize outreach and organizing.”

Lerner, who informally advised Toronto officials, says the city should invest more in order to generate meaningful response. Indeed, short-changing Toronto’s experiment could hobble it from the start. Carroll says that few people in her ward seem to even know that the PB pilot is taking place even though staff are working hard to promote it. She thinks that interest will increase as more power is given over to the community to become “champions” of particular ideas. According to Councillor Frank DiGiorgio’s staff, citizens in Rustic are not highly engaged; in this neighbourhood, the pilot’s measure of success will be leveraging more participation overall. Carroll believes the pilot will have worked if community members ask that it be repeated.

Voting results in September may well determine the future of PB in Toronto. Spada says that Toronto’s pilot is more akin to a small grant program given the negligible amount dedicated to projects, but believes it could be a promising start: “PB might lead to a serious increase in engagement similar to what has happened in NYC. Many will look at Toronto to see how it develops over time given it is one of the first pilots in Canada.”

Residents will ultimately need to be convinced that this idea isn’t just business as usual when it comes to the city soliciting public input. They’ll need to see that they are new actors in a previously closed policy-making space, making decisions with teeth.

Alexandra Flynn is an urban law and policy guru. She is currently an Osgoode Hall PhD candidate and adjunct professor. You can follow Alexandra on Twitter: @alexandraeflynn