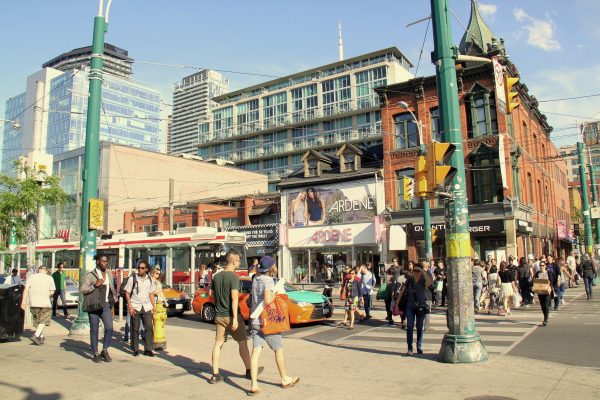 The City of Toronto believes it has found a silver bullet to control development pressure in the downtown core through the use of a tool known as a “heritage conservation district” (HCD).

The problem is that HCDs are meant to conserve intact and bone fide heritage areas, such as Wychwood Park, Rosedale, or Cabbagetown. They were never intended to control development downtown.

In the past two years, the City has laid the groundwork for the establishment of a large number of these districts across the downtown core – from the St. Lawrence neighbourhood to the Entertainment District, King-Spadina, Yonge Street, and Kensington Market.

The City’s current use of HCDs as a sharp-edged tool for planning regulation is troubling.

In preparing for a HCD designation, consultants trained in history examine an area’s context and determine what is of value historically. They do not generally study the growth potential of an area, its future, nor any economic considerations, nor the larger planning policy framework, or even an evaluation of the built form generated by other market forces. HCDs look at heritage.

The rigidity of the proposed new urban design controls introduced by the HCDs effectively prohibits innovative and thoughtful architecture in the downtown core. A case in point: the well-received Queen Richmond Centre West — an office tower suspended above an old brick-and-beam warehouse at the corner Peter St. and Richmond St. West and designed by Sweeney & Co. Architects — could not have been built under the mandated heritage rules that control stepbacks from facades.

Architects and builders will have to abide by a design checklist, discounting that which is unique and individual. Why should all new buildings mimic the look of brick and beam warehouses? Urban history is about difference and diversity. In our rush to control development, we should not do anything that will deaden both our past and our future.

Can HDCs benefit the city’s heritage?

If HCDs are being used as ineffective planning tools, will they at least benefit the city’s heritage? Simply put, the answer is no. HCDs achieve less for heritage buildings than you’d think. The proposed regulations are so strict and limiting that the new HCDs pose an obstacle rather than an aid to the owners of heritage properties: all sticks and few carrots.

The lack of incentives for property owners is worrisome. If you need to replace the wooden windows on your heritage office building, the upgraded replacements must be in wood exactly matching the original. So stringent are the ‘mandatory’ regulations in the new plans that many successful conservation projects would fail to comply.

Heritage conservation districts do have a valid role to play in the framework of city planning. There are numerous examples, like the East Annex, where these districts have succeeded in preserving historic neighbourhoods. Across Ontario, moreover, HCDs have been the key to maintaining main streets in many smaller communities. Where there is a consensus and overall expectation within a community, these designations work just fine. My concern, however, is that HCDs applied broadly across Toronto’s downtown core, without the benefit of detailed planning analysis, will have untold unintended consequences.

Many of the most recent HCD plans, such as the St. Lawrence Plan, are being rushed through the approvals process at City Hall. At this point, the only avenue to voice concerns is through an Ontario Municipal Board appeal. At the same time, however, the City is engaged in a master planning exercise called TOCore, which promises to address many of the larger infrastructure issues arising from intensification in the downtown.

I’d recommend that the City slows the HCD process down, and completes the TOCore master plan before approving hastily developed HCD plans. That way, we’d have a more complete understanding about how heritage neighbourhoods relate to TOcore.

The questions about heritage conservation are not easy, but rushing to create HCDs is not the solution, particularly if this approach is being pursued to support a weak municipal planning framework.

We want a city that is evolving and aspiring to be great. We don’t need a city preserved in aspic.

Award-winning heritage architect Michael McClelland is a principal at ERA Architects, and a co-editor of “The Ward: The Life and Loss of Toronto’s First Immigrant Neighbourhood.” Follow him on Twitter at @mcclellandTO