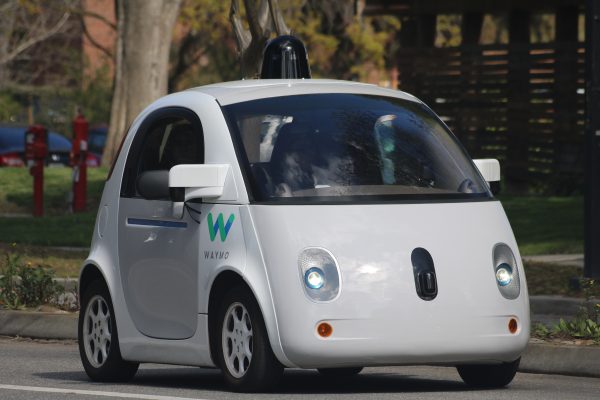 LEIPZIG, GERMANY, reporting from the International Transport Forum  — When Sidewalk Labs unveiled its plans for Toronto’s waterfront, the Google/Alphabet subsidiary initially bruited the idea of transforming the Port Lands into what it predicted could be the “first large autonomous vehicle-only district in the world.”

Such an area, Sidewalk stated, would have “fewer accidents.” Other AV proponents have made even bolder predictions — that 90% of all fatal collisions are the result of human error.

That statistic traces back to a 12-year-old U.S. National Highway Transportation Safety Administration survey that was based on crash reporting data. But as British vehicle safety advocate David Ward, secretary general of Global New Car Assessment Program (NCAP), points out, the study “didn’t say anything like that. It was full of cautionary notes.” Rather, Ward says, fatal accidents are the result of a complex chain reaction in which human error — a verdict often rendered by post-crash investigators — was merely the last thing to have gone wrong.

In fact, a new OECD report on safety and AVs, released at the ITF Summit this week, cites more recent research showing that some investigators over-state human error even while environmental factors such as poor road, highway, and vehicle design all contribute to crashes even when the driver hasn’t made mistakes. Case in point: while distracted driving is an oft-cited cause of collisions, automakers still have carte blanche when it comes to installing ever larger interactive digital screens on the dashboards of many new cars. If you strike a pedestrian while glancing at that eye-catching screen, who’s fault is it?

As the report’s authors insist, the safety dividend with AVs has been over-sold. “A leap of faith,” as Ward puts it. In fact, many other presenters at the International Transport Forum conference here in Liepzig agree, or at least view, that the AV hype with a healthy dose of skepticism.

Whether this kind of caution has any purchase with the Canadian policy makers who are so jazzed about AV technology is difficult to say. Besides the interest shown by Waterfront Toronto/Sidewalk, the provincial Liberals’ economic development mandarins last fall anted up $80 million for an AV innovation fund and a testing program.

It remains to be seen whether this enthusiasm has been doused by the death in March of an Arizona woman killed by a self-driving Uber Volvo, although I’m guessing Kathleen Wynne’s Liberals won’t be talking much about these programs between now and election day.

Much, in fact, depends on which commercial tale is wagging which dog.

The answer is pretty obvious at this point. The most intensive investment/R&D activity in AVs has come from Uber, which isn’t looking to improve safety so much as devising an even cheaper way of moving bodies around a city. Google’s AV taxi division, Waymo, and Lyft (also owned in part by Google) aren’t far behind, while the automakers are hustling to develop their own systems because they see fleet sales in this driverless future.

Yet Ward points out that if policy makers, in Canada and elsewhere, actually want to promote safer vehicles and emerging safety systems, they should be requiring auto manufacturers to adopt a suite of technologies that involve some autonomous systems that are still controlled by drivers.

With regards to the former, a number of vehicle manufacturers now offer these systems as add-ons. They basically use various sensors designed to stop vehicles suddenly when the driver isn’t responding to something in its path. It’s likely that they’ll become a mandatory feature within a few years.

ISA is another story entirely. Such systems essentially cause a vehicle to move at no more than the posted speed limit using sensors and various digital mapping tools (it is possible to override the system just as one would do with cruise control). Several European Union countries have run ISA field trials, and the technology is expected to become mandatory within three years (pending approval by the European Commission). Moreover, Transport for London last fall announced it would adopt ISA for its bus fleets after a successful trial. “This is a technology that’s starting to come to the fore,” says Ward.

However, he notes, the U.S. and Canada have opted not to approve ISA and other emerging crash protection measures. Which is not surprising, I suppose: in car-obsessed North America, the very notion that the vehicle would be programmed to drive at the posted speed surely smells like a hefty dose of nanny-statism.

There is, of course, another way to look at all of this if we’re talking about dogs and tails.

The auto industry, which has deep ties to the road safety industry, may look at these kinds of technologies as a means of forestalling that profit-crushing watershed moment when more and more consumers opt not to buy cars because the alternative – a patchwork of ride hailing, car sharing, bike sharing and transit, possibly bundled in a subscription-based mobility-as-a-service package – is so much easier to manage and justify.

Whatever the commercial motivation, the central critique about AVs being raised by road safety proponents like Ward is still relevant: the notion that the advent of driverless vehicle technology will someday eradicate the lion’s share of devastating collisions belongs squarely in the realm of magical thinking. Policy-makers and public agencies like Waterfront Toronto may have their own reasons for pressing ahead with AV technology. But let’s not pretend it’s about road safety.