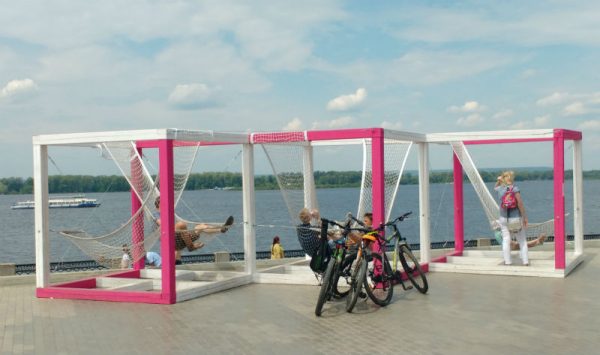 I recently returned from a trip to several cities in Russia, and wanted to share some interesting public space furniture ideas I encountered. Many Russian cities have seen considerable investment in their public spaces in anticipation of hosting the World Cup, like the waterfront hammocks in Samara pictured above. I’d love to see something like this during summers on Toronto’s waterfront.

But some of this infrastructure dates from long before. A case in point is the beach changing spaces pictured below. At many public beaches in North America, no change rooms are provided. Perhaps it’s assumed people will drive home in wet bathing suits, but in many cases (e.g. if one is a tourist facing a long drive) that’s not a good option, and the alternatives are generally using washrooms (which blocks people who actually need the facilities), or a discreet towel-covered change, both of which are awkward. Reason for this lack are probably a combination of the cost of building a structure and of keeping it clean.

But the Russians have come up with an ingenious solution — a little doorless labyrinth right on the beach, open at the bottom so one can see if it’s occupied, which provides privacy but requires little installation cost and minimal maintenance. These were on the public beach along the Volga that fronts much of the city of Samara. 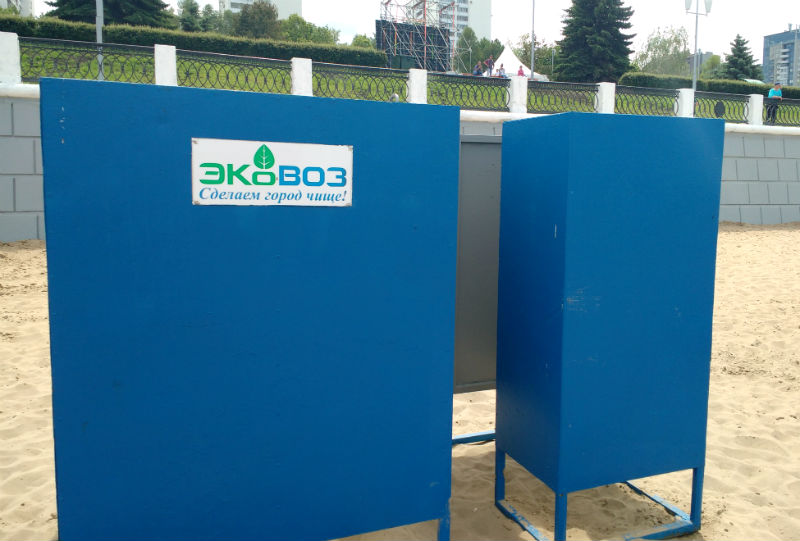 (The left side is a mirror image structure) 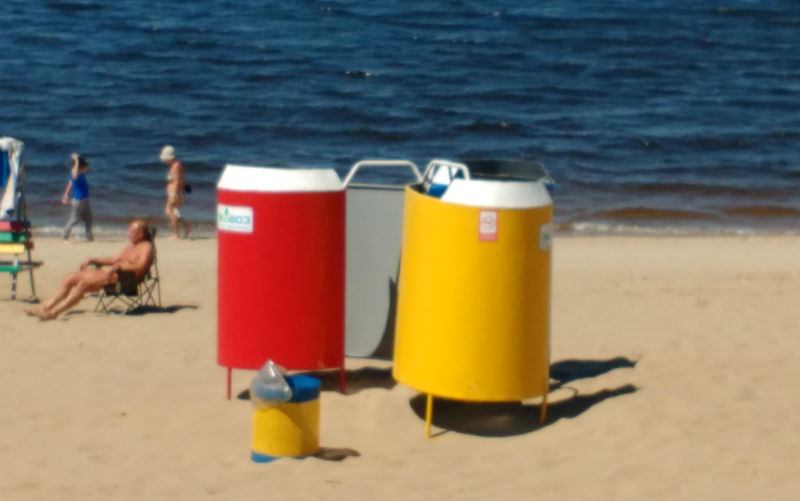 (Apologies for the poor photo quality)

Samara also featured these sheltered benches — an excellent idea, especially in areas lacking trees. The roof means the benches are usable and appealing for a greater amount of time — both in hot overhead sun, and in light rain. They could also keep light snow off the benches, making them more usable in winter. 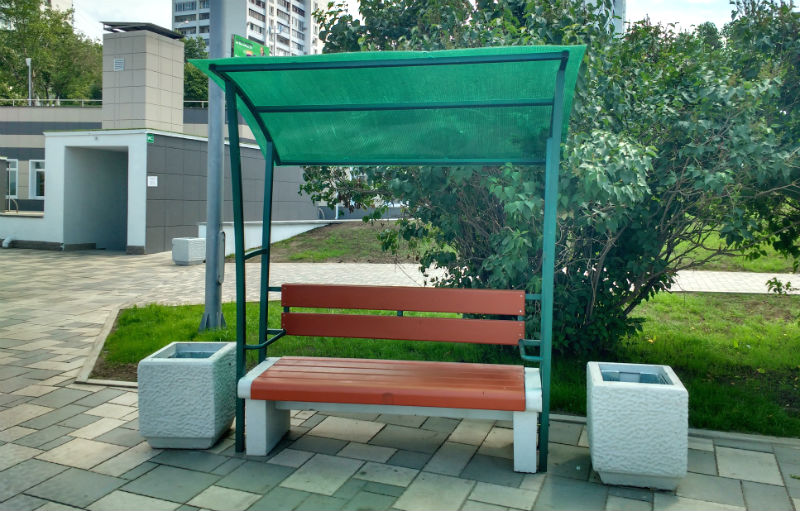 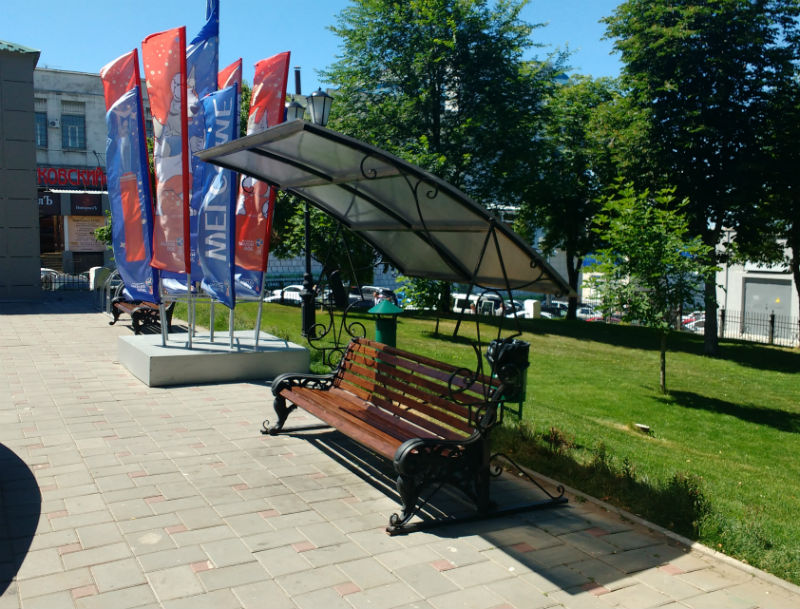 Speaking of shelter, this children’s playground covered with a transparent dome in Moscow is an intriguing idea, again extending the amount of time the infrastructure can be used to rainy, windy and snowy days. The structure is open at the bottom for ventilation. I don’t know if the material used for the transparent cover is specially designed to minimize the effect of the sun — otherwise it seems like it would get very hot inside on sunny days. 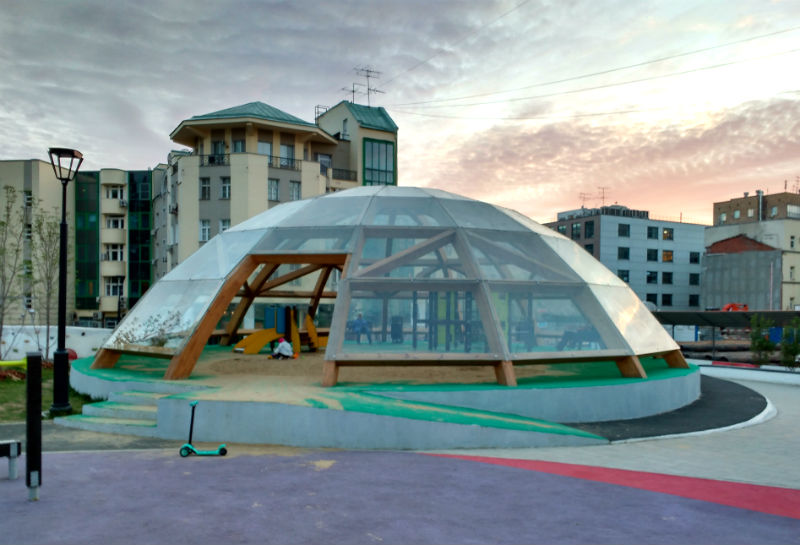 It’s often noted that Toronto lacks mechanisms to enable stalls or kiosks, outside of exceptional cases like Market 707 at Scadding Court Community Centre. Russia (like many other countries) provided many examples of how stalls and kiosks can add vibrancy and options for people strolling in public spaces, while giving small entrepreneurs (who might evolve into chains) an affordable stepping stone towards becoming retailers.

This row of semi-permanent tent stalls in a public square in Nizhny Novgorod was an elegant solution to stalls — it included a coffee place, food vendors, and vendors of both souvenirs and of practical items like clothing and leather goods. They simply close up at night. My assumption is that they come down in the winter. 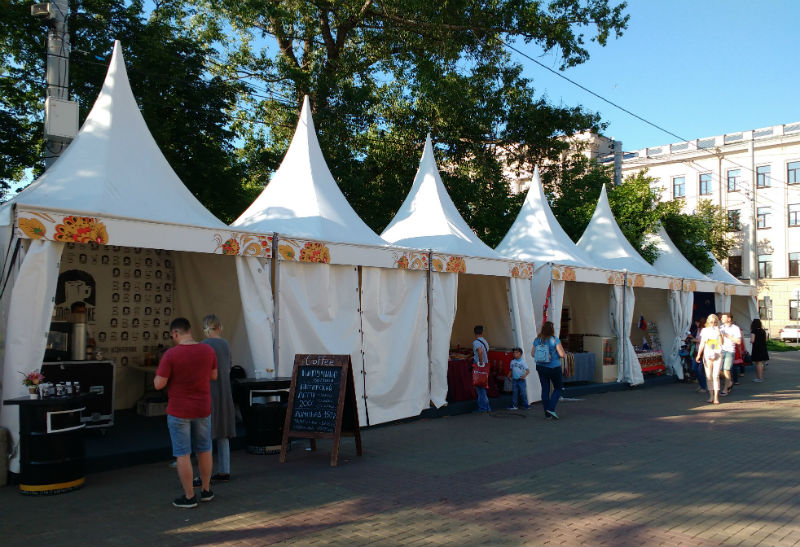 This linear park leading pedestrians to Samara’s waterfront featured both a stylized chain coffee kiosk (this coffee kiosk chain can also be found on major streets and near public squares) and simple stalls for people selling fruit and vegetables.

It’s always interesting to look at other cities for ideas that we could use in our own. And with Russia’s climate being quite similar to Canada’s, its cities can be a particularly useful point of comparison.