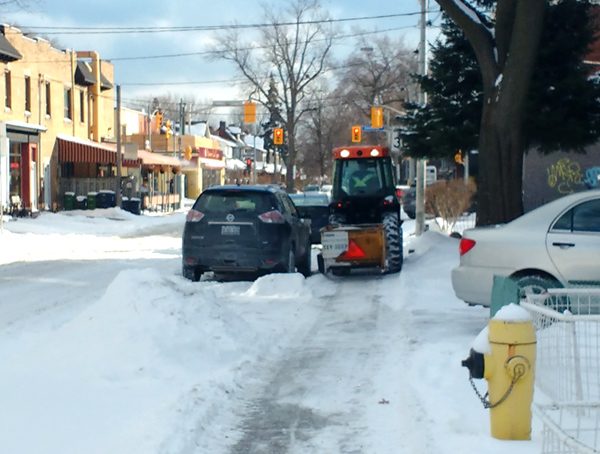 The City of Toronto plows snow from local sidewalks in most of the city, but not in a “no-plow” zone that encompasses the oldest and most densely populated parts of the city. In these areas, the City now plows main street sidewalks, but not local/residential street sidewalks (instead property owners are required to shovel snow themselves, although this is rarely enforced). It’s a gap that creates significant problems (PDF) for safety and accessibility for pedestrians, especially seniors and those with disabilities, and, as a recent Toronto Public Health report detailed (PDF), results in many injuries from slips and falls — and resulting costs to the City from insurance claims.

So Mayor John Tory’s recent letter to the City of Toronto’s General Manager of Transportation Services, Barbara Gray, asking staff to figure out how the City can start plowing the 1,100 km of sidewalks (PDF) that don’t currently enjoy this service, is welcome.

The last time City Council asked for a review of this service, Transportation Services came back with the argument that they couldn’t plow these sidewalks mechanically, and made the claim that they would need to clear it all by hand, requiring 360 gangs of day labourers at at cost of $9.900,000 a year (PDF, p. 5).

The reasons (PDF, p. 6) Transportation Services gives for saying they can’t clear these sidewalks mechanically boil down to the following:

The thing is, though, there are already sidewalks with pretty much the same conditions that the City successfully plows. Not long ago, the City extended plowing to all the areas north of the Danforth. Before amalgamation, East York plowed its sidewalks, but Toronto didn’t, leaving the strange situation where one street was plowed but the next street over was not. After the cities were amalgamated, the City eventually extended plowing all the way to the northern edge of the Danforth. 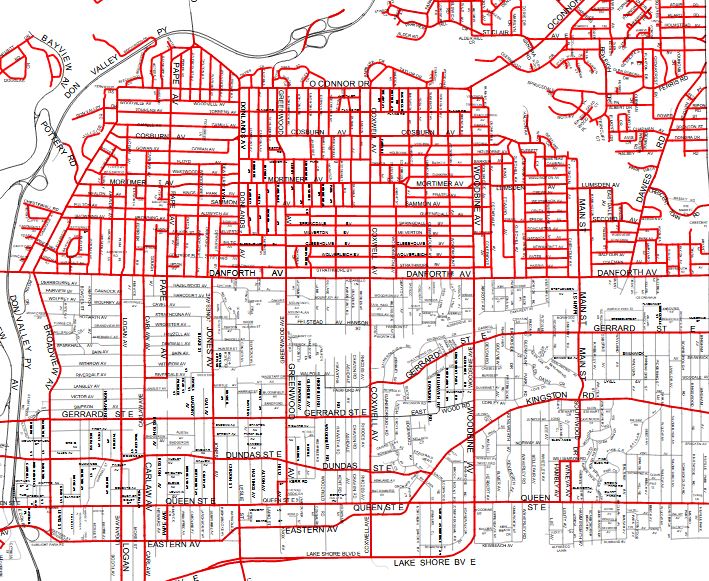 Streets marked in red are plowed by the city; those not marked are not

These new streets are pretty much identical to the streets south of the Danforth that the City claims it cannot plow. The sidewalks are narrow, there’s no boulevard, there’s fences and parked cars. Yet the City plows them successfully. Here are examples (Strathmore Ave.), where you can see the plow’s treadmarks. 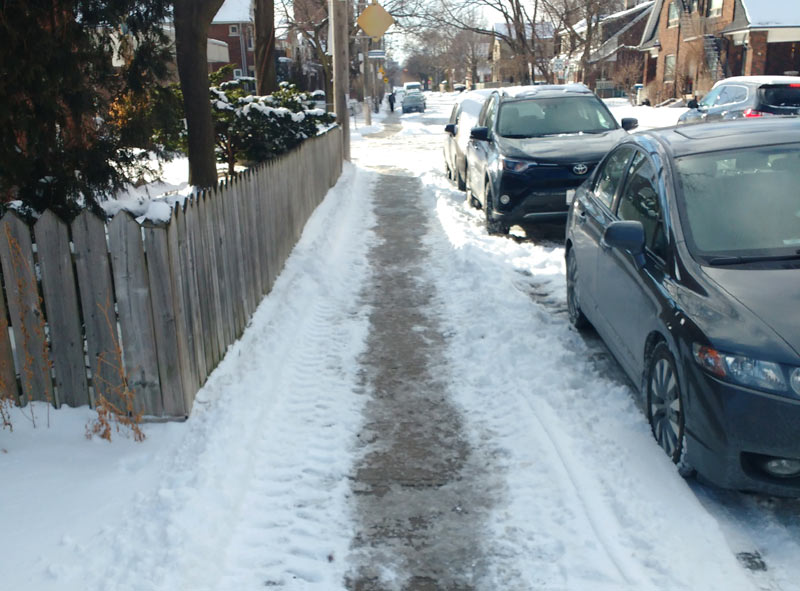 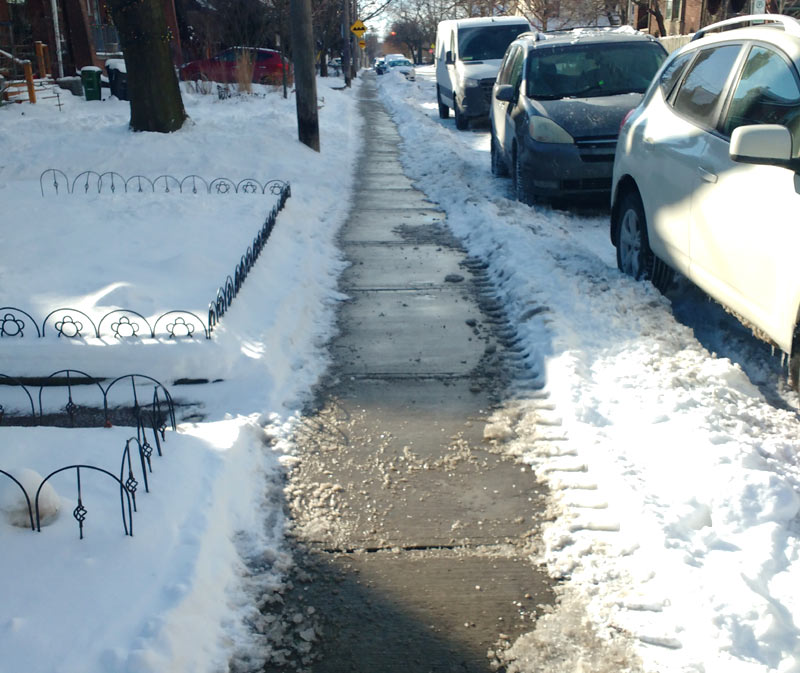 If the City can plow these sidewalks, it can plow most of the local sidewalks in the old city. It might take a few years to work through solutions to some of the trickier areas, but it’s time to get started. Where the sidewalk is truly blocked, that means it’s too narrow for accessibility standards, so we should be fixing that problem anyway — solving two problems at once. Last time, City staff were simply responding to councillors and citizens; now that the Mayor himself is behind the call, perhaps staff will be more creative and responsive in their assessment.

One comment sometimes heard from people whose sidewalks the City does plow is that they are often plowed late, so that there is still a layer of packed snow or ice left behind. The solution to that issue is for the plows to also spread an ice melter behind the plow (you can see the salt supply behind the plow in the top image, and the effect of the salt creating a bare surface in the other images). While salt is the melter most commonly used, it has many disadvantages (toxic to nearby plants and to rivers, corrosive of clothing, painful for dogs). The City could overcome these disadvantages by instead using beet juice compound on sidewalks (which it already uses sometimes on roads) — which not only is far less toxic, but is also more effective at lower temperatures. It is somewhat more expensive, but sidewalks are a limited surface area so the cost would be contained (other cities suggest using beet juice compounds saves money in the long run).

Expanding sidewalk snow plowing to cover the entire city would cost money, but nowhere near $10 million. Some of that money would be recouped in reduced insurance payouts, and the safety, accessibility and quality of life benefits would be significant. It’s feasible to harmonize sidewalk snow plowing service across the city, and the time has come to do so.