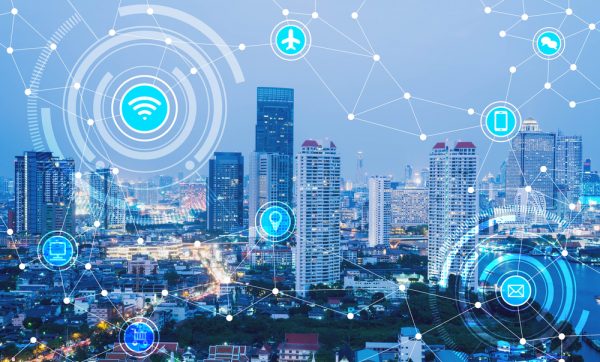 Through his brief career as a city councillor and now as premier, Doug Ford has returned repeatedly to the fantasy that the private sector will happily pay for his rapid transit wish list. All those subways, he’s assured voters who can’t be bothered calculating the difference between a million and a billion, will somehow be financed by air rights, pixie dust and other levies paid by developers, who, we’re assured, will benightedly acquiesce to this shakedown operation with a higher moral purpose.

Of course, the business world has never, ever worked this way, and it’s not going to start while Ford is The Great Leader of the People’s Republic of Ontario. Exhibit A, interestingly enough, comes from Sidewalk Labs, whose leaked preliminary plans for the Port Lands includes an LRT network running in a modified loop along Cherry, Unwin, Commissioners and Bouchette streets.

“This is something that is on nobody’s realistic drawing board,” Sidewalk CEO Dan Doctoroff told The Toronto Star. “We would ensure it gets financed and all we want to do is get paid back out of the increase in value in terms of property taxes and developer charges that are only possible when that LRT gets extended.”

As it turns out, the storied private sector does, indeed, have terms for building transit. Strings are attached, and lots of them, including a curious configuration — a line across the shipping channel from the Hearn Generating Station and north on Bouchette — that hasn’t been bruited previously. Unnamed Tory officials, interestingly, heaped scorn on the scheme, deriding it as still-born.

Most of the public criticism about these leaked plans has centred on the utterly unsurprising expansion of the geographic scale, but we should focus a bit more on that promised LRT, the one that’s “on nobody’s realistic wish list.”

It’s worth noting, first of all, that Waterfront Toronto, the City and the Toronto Transit Commission completed a class environmental assessment for an East Bayfront LRT line back in 2010, which is to say, not recently. The engineering and technical issues associated with threading this second line into the Union Station streetcar loop are difficult and expensive.

As the EA document also suggests, the planning story ends more or less where Quayside and the Port Lands begin, which lends credence to Doctoroff’s claim about the orphaned status of this infrastructure. Moreover, while Trudeau government and Kathleen Wynne’s Liberals last March inked a hefty transit funding cost-sharing deal, which included funds for a waterfront LRT, there’s been not so much as a peep about the fate of this arrangement since the June election. But if the past is prologue, a Ford-led government will want nothing to do with funding LRTs.

Which leads me back to the City. It should be lost on no one that Toronto city council, for all the tedious remonstrances about an over-taxed citizenry, is more than capable of finding funds for expensive infrastructure projects – the Gardiner re-build and the Scarborough subway being the two choicest recent examples, with the latter expedited through an exceedingly modest property tax levy that — shockingly! — did not cause the sky to fall.

It also should be lost on no one that, from a strict return-on-investment point of view, both outlays would be regarded as little more junk bonds by any self-respecting portfolio manager. Extremely high project risk, low-to-no return.

A waterfront LRT, by contrast, is an almost sure bet. The East Bayfront/West Donlands/Port Lands area will be built out at the sort of medium- to high-densities that support rapid transit. No private vehicles will be injured or killed during the construction and operation of said transit, so we can already discount the rhetorical bullshit about the alleged St. Clair right-of-way “disaster.” Lastly, the investment will make the entire area far more attractive to all sorts of investors, not just condo developers. That conferred attractiveness gives the City and Waterfront Toronto additional leverage and revenues to fund amenities like affordable housing.

In other words, apart from the aforementioned issues at the Union Station loop, the operational risk on such a venture is almost nil. It’s like a savings bond.

There are, moreover, several solid historical examples of how investments in transportation infrastructure in advance of development have delivered enormous long-term returns of both the financial and city-building variety.

The St. Clair West streetcar line was built through farmer’s fields in the late 1910s and early 1920s, and immediately triggered a massive building boom. Same story, in two chapters, with the Bloor Viaduct, which initially opened up development east of the Don River beginning in the late 1910s and then allowed new growth into Scarborough in the 1960s, all because the city’s works commissioner R.C. Harris had had the foresight to rough in a subway tunnel under the bridge’s deck. In our era, both the Sheppard subway and the Eglinton Crosstown are attracting higher density re-development along both corridors, and the Finch LRT will do the same once it comes online.

Knowing all that backstory, it’s clear the City needs to be in firm control of the planning narrative. Sidewalk’s proposed alignment – e.g., along a bridge over the ship channel that doesn’t exist – shows how easily public authorities can abdicate their obligation to plan in the public interest by grasping for cash on the barrel head.

Correction: A more recently transportation servicing master plan environmental assessment [page 26], conducted by the City of Toronto and completed in 2017, does show a new lift bridge across the ship channel plus a potential transit corridor extending from the Hearn northwards to link up with a streetcar route that would traverse the Unilever site and link up with Broadview Ave.

So how to get there?

Step A: The City could borrow a page from York Region’s playbook and immediately allocate funds for the technical planning for a Port Lands LRT, even though the broader project funding is not settled. As Markham mayor Frank Scarpetti boasted on TVO’s The Agenda last week, York Region began the EAs for the Yonge Street subway extension up to Richmond Hill almost a decade ago. Why? Easy. To create bureaucratic and political momentum. And it’s worked.

Step B: Mayor John Tory and council should think hard about the future of that Scarborough subway levy, which, as I’ve written previously in this space, represents the one piece of fiscal leverage the city has in the upload “negotiations.” If the province wants to take on responsibility for funding subway capital expansion, it should take on the whole package, including the $1 billion from the special transit levy. Then, the city can redirect some or all of those funds to the waterfront transit line, which will generate long-term returns — in the form of property taxes and other development revenues — that will benefit the entire city.

Step C: If Tory is truly committed to the redevelopment of this part of the city, he or some noisy delegate should become a relentless and irritating champion of the investment needed for this project, in the way that Greg Sorbara did for the Spadina subway extension, the Fords did with Sarborough, and York Region stalwarts like Scarpetti and Bill Fisch have done for the Yonge extension.

These things don’t ever happen without advocates.

Indeed, that’s precisely the breach Dan Doctoroff decided to step into with Sidewalk’s LRT pitch. And let’s be honest: he and Team Sidewalk have read both the politics and commercial logic correctly. The City shouldn’t need to be told twice.