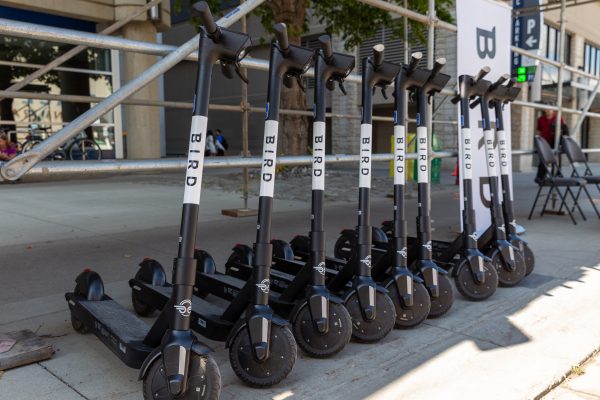 When city council this summer passed new and moderately more stringent training regulations for Uber and Lyft drivers, no one could have been shocked by the reason for the additional regulatory burden. After a succession of tragic accidents involving distracted or inexperienced drivers, the City realized it had to re-assert its traditional role as custodian of public safety – a duty too easily jettisoned in the name of technology, efficiency, or some other free market shibboleth.

So here’s a thought: let’s not make this same mistake twice with the looming approval of e-scooters.

Of course, the nature of the risk is different – no hired drivers, obviously – but there’s plenty of emerging evidence that e-scooters, in cities where they’re permitted, have increased the incidence of injuries, especially to those using these devices without a suitable understanding of how to operate them at high speeds.

I hope the City adopts a more proactive approach,  although I fear we will do exactly the opposite, just like we did with the ride hailing services.

Just to re-cap: the Ontario government earlier in August announced it would be conducting a pilot project in Toronto’s Distillery District as part of an ongoing review of regulations that currently ban such devices from operating on city streets.

As a Ministry of Transportation spokesperson told CBC, “MTO is aware that there are companies that offer environmentally-friendly e-scooters; however, safety is a top priority and the safe integration of new vehicle types with pedestrians and other vehicles is a key consideration before any new vehicle type will be allowed on Ontario roads…Municipalities are currently able to set policies for the use of e-scooters on their sidewalks and pathways through municipal bylaws.”

The article cites the case of a man killed in Nashville in June when he was struck by a car; he was operating the e-scooter while impaired. Local officials promptly suspended its own e-scooter pilot project and soon after imposed strict conditions on their use and proliferation in response to complaints from pedestrians worried about encountering them on sidewalks.

Given the burgeoning demand for personal mobility technologies, firms like Bird and Lime have been lobbying hard to gain entry to the Toronto market, arguing that such devices, with their simplicity and speed, can solve the so-called last-mile problem, thereby easing congestion and potentially reducing emissions.

But the market is huge and lucrative, and the e-scooter firms are clearly drawing their inspiration from the rapid roll out of ride-sharing.

It’s interesting to note that the e-scooter companies are keen to depict themselves as safety conscious: their web presence and iconography all depict stylish coconut protectors. “Always follow helmet laws,” Lime’s how-to page begins. In the CBC article linked above, the spokespeople for both firms are photographed with or in helmets.

The user truth is very different. A January 2019, study published in the Journal of the American Medical Association analyzed all the e-scooter injuries recorded in two Los Angeles emergency departments over the course of one year (Sept. 1, 2017 to August 31, 2018). The study, considered the first of its kind, identified 249 individuals admitted with skull fractures, brain bleeds, major abdominal injuries, cracked spines, and other collision-related traumas. Two ended up in intensive care; none died. Some people were admitted because an e-scooter had run into them.

As for protective gear: “Only 10 riders were documented as wearing a helmet, constituting 4.4% of all riders or 11.9% of riders whose helmet use status was documented,” the authors noted, pointing out that California law requires helmets for e-scooter users. “Twelve patients (4.8%) had physician-documented intoxication or a blood alcohol level greater than 0.05%.”

Even more noteworthy, as the Washington Post observed, was the fact that the number of e-scooter-related injuries significantly exceeded cyclist and pedestrian injuries in both emergency departments over the same period.

First, a pilot in the Distillery District proves nothing. It’s kind of like testing an aging-related drug on 25-year-olds. We may end up with a wonderful outcome, as I’m sure the e-scooter companies will be eager to demonstrate. But will regulators have a clearer understanding of how they are used in the wild? No.

Second, the very debate about e-scooters and helmets is a reminder that many cyclists don’t wear helmets, and we’ve generally resisted mandatory helmet use, for good or ill. What’s more, the City’s own BikeShare network allows people to use rental bikes without helmets. I’m sure somewhere in the service agreement there’s a line absolving the City from liability in the case of injury. But still, the more or less explicit message is that if you use the device, you take responsibility for your own safety. Why, then, should the rules be different for e-scooters?

Maybe they shouldn’t. Maybe we go with the caveat emptor approach.

Yet the proliferation of fast-moving e-scooters, with their obvious appeal to occasional users (e.g., tourists), should give us all pause to consider the health impact of these alluringly convenient devices. The city’s busiest bike lanes are already over-subscribed, and the congestion amplifies conflicts between different modes (bike, e-bike, motorized skateboards, electric wheelchairs, etc.), especially when they’re all operating at variable speeds in narrow rights-of-way.

Mostly, the arrival of the e-scooters, and whatever technologies follow on their heels, should serve as a reminder that the demand for these mobility devices is not only concocted by a handful of tech companies with aggressive growth strategies, but also reflects the inadequacy of Toronto’s existing mobility systems.

I don’t mean to sound like a Luddite, but maybe we need to get the cycling infrastructure in proper shape before moving on to the next big thing.