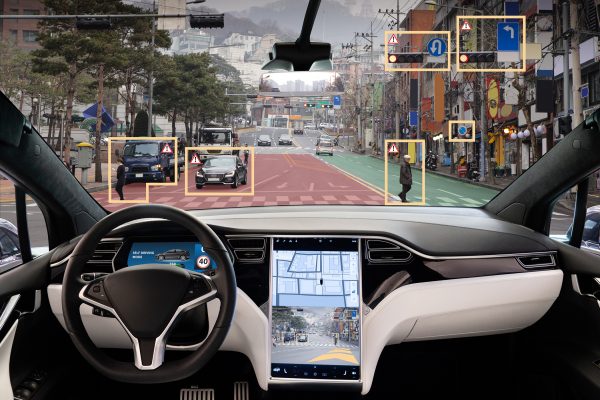 When we talk about Smart Cities, which seems to be all the time now, we hear about tensions between public governance and corporate interests. It is important to understand the gap between public and private interests in the city, and to make sure that decision-making remains in the hands of democratically elected bodies.

There are other gaps which make the governance question relevant. An important one is the big one between the transportation-tech conversation (especially around automated vehicles) and the vision-zero conversation. It is critical that we bridge it.

When I was at the International Transport Forum Summit (ITF) in Germany last May, I heard presentations by several experts at the forefront of these issues. The two conversations are both about the future of roads. Both conversations are full of smart people, too. But they are not talking to each other, and in many ways, they are working at cross-purposes.

When the tech crowd talks about the future of city streets, they see cars. Ride-hailing or automated vehicles. Or both. And they are not talking about slowing traffic. Here’s some of what I heard from experts at the ITF summit:

I heard someone speak hopefully about the ability of automated vehicles to travel faster in cities, because they could handle turns better.

I heard someone talk about the “mistakes” kids make because they do not behave “rationally,” and how we need to focus on changing their behaviour.

I heard someone wonder aloud about the need to “monetize road safety,” because “someone has to pay for that.”

I heard a serious pitch to reduce the time cars spend waiting at traffic lights because it would reduce their CO2 emissions.

I heard someone suggest that pedestrians could all be tracked by our cell phones: to be advised, for example, if a car is about to drive straight through the crosswalk we’re using. Automated vehicles rely on a fully digitized landscape, with constant communication between the vehicle and its environment.

Surely it’s easier to just chip everyone at birth? If we’re fair game without carrying a phone (like many seniors, children, and people just out for a walk), then it’s effectively the same thing.

Of course, it is (or should be) a ludicrous idea. We shouldn’t need to be tracked in order to use public space safely. But from a tech point of view, it is a logical system. When a member of the audience tried to challenge the speaker on this, he didn’t understand the question.

Some of the difference between the conversations arises from the “business bubble.” Those developing new machines and software need start-up capital, materials, labour, and then markets where money can be made in terms of selling tech (mostly software), or where tech can enable more money to be made by creating efficiencies. These businesses negotiate regional, national and global markets as well. Safety and the environment are selling points. That doesn’t mean they are empty phrases, but they are the means to the end, not the end goal. The end goal is money.

Some of the difference between the groups is gender. The tech side is largely “boys and their toys.” What they work on is inherently interesting to them, and they are motivated by challenge and curiosity. They want to invent a cool thing and find a place for it in the world. That is not a bad thing, in and of itself. But city-building needs more than the shiny new thing.

The vision zero group is a more diverse collection of people. Men, women, trans; old, young and in-between. They work in their neighbourhoods and cities. Many of their projects are focused on children, because they know that as many as 250,000 children die every year in road collisions and that it is the leading cause of death for those between the ages of 5 and 14. 2.2 million more are injured. And this is before we count the illness and death from automobile pollution. The vision zero group wants to make sure there is room in the city for everyone.

This video  shows a project in Kerpen, Germany, presented at the ITF summit in May that involved children in street redesign for safety outside their school. It is a fantastic example of policy education, citizenship engagement, road engineering and urban studies. The kids were involved in everything, including actual construction.

The two groups have different vulnerabilities. Tech is worried about privacy, hacking breaches and how their work can get held up for a long time when things go wrong. The death of a pedestrian in Tempe, Arizona froze AV development in the United States for a year. Vision zero is worried about the vulnerability of road users, and their own difficulties getting policymakers to pay attention to the research.

Why does the gap matter? It matters because if governments go where tech goes, then tech will build the city. And the policy conversations tech has are simply not inclusive enough to build a good city.

Cities can benefit from technical innovation in transportation. Trains move faster than horses. Knowing when your bus will arrive is a helpful thing. Unfortunately, at the moment, the innovators are not listening to the road safety experts and they are not including a diversity of road users in their considerations. Often, they seem completely unaware of the problems vision zero programs seek to solve.

Sometimes tech wants a better city, but sometimes what it wants is an impossibly perfect city. Humans are often imperfect and unpredictable. Sensors and signals can make us safer, but if we want a city we can all live in, the vision zero conversation must lead and the tech conversation must follow.