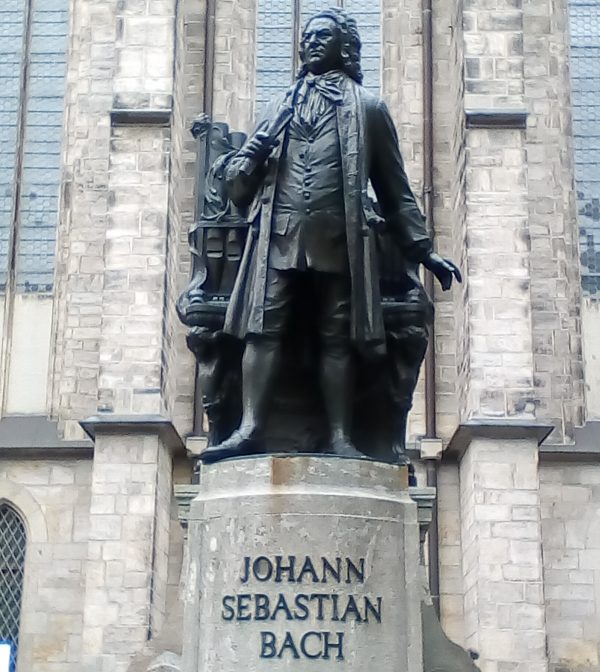 The International Transportation Forum is an inter-governmental organization of the OECD. It holds a summit of transport ministers every year in Leipzig, Germany. Leipzig was the home base of J.S. Bach in the 1700s, and a big player in the international fur trade in the late 1800s and early 1900s. Much of it was destroyed by British bombers in the Second World War. Today it is a city of about 580,000, in an urban region of about one million. It has good public transit and a lot of graffiti.

The ITF gathers in this small former-East-German city because the organization was the brainchild of a former mayor of Leipzig. It started in 2006 with 43 countries, but its origins lie in the European Conference of Ministers of Transport, founded in 1953 to coordinate transport within the region. The German Minister of Transport and Digital Infrastructure calls it “the Davos of transport.”

There are now 60 member countries. It remains Europe-focussed, but actively tries to expand its membership. The presidency this past year was held by Korea. Tunisia just signed on.

This meeting doesn’t get the attention it deserves. Canada is a member, but it didn’t send its transport minister, Marc Garneau, this year. (The deputy transport minister, Michael Keenan, was present.) If it were only a summit of government leaders, it would probably attract the press. But, somewhat ironically, as a more complex event, it often passes by unnoticed.

Because the ITF has had a hard time getting the message out, it offers to bring the transport media in. Under the ITF media travel programme, I was fortunate enough to attend on behalf of Spacing, with a side-trip to Hamburg for presentations on mobility innovations there. I’ll be writing about what I learned on this trip for months. 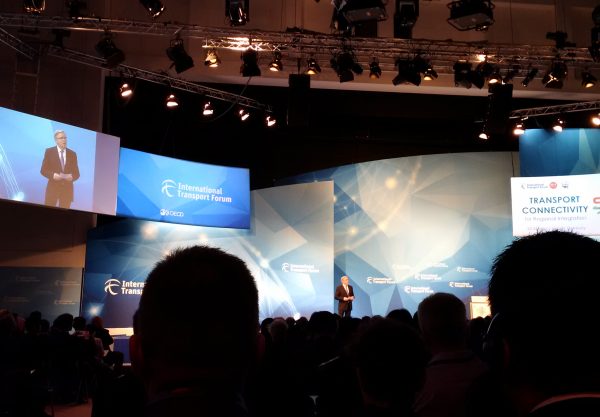 The annual ITF summit brings together government officials, business people in transportation industries (and, increasingly, their colleagues in software development), along with academics and NGOs. While it never takes sides among its members, it is quietly building a highly pragmatic consensus around transportation.

Here is its mission statement:

My impression from the summit is that the consensus is increasingly progressive.

For every oblivious profit-seeker or climate-change-evading troll, there are five more like the Netherlands, speaking plainly on the need for everyone to do everything we can to meet Paris Accord targets, or the NGOs who advocate for good street design for vulnerable road users.

Cities are prominent in these discussions. Good mayors know that cities are at the heart of both economic and environmental well-being, and that mobility is essential to a city. Cities are the hubs for all forms of transportation. They are also the places where capital circulates and, in wise hands, can be directed towards positive investment. 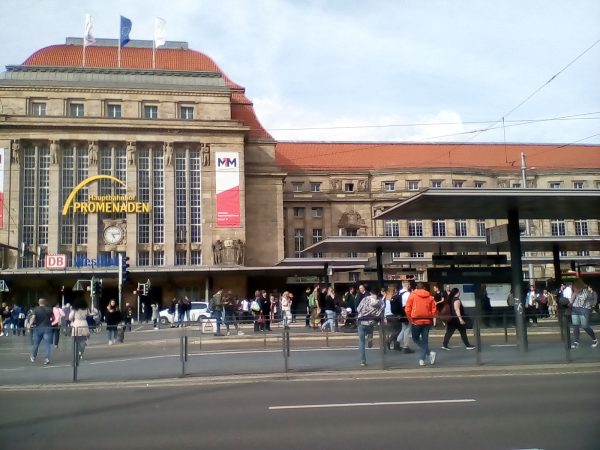 ITF conducts its own research and uses the summit to release reports for discussion. It also provides a space for a wide variety of actors to work together. And so it was that at the 2018 summit, a group came together to formally launch the Transport Decarbonisation Alliance.

TDA describes itself as a “coalition of the willing,” comprised of the “3 C’s”: countries, cities and companies. Their goal is to bring net emissions from transport to zero by 2050.

The city of Rotterdam is a member, so is the state of California. The current 21 members represent 9.8% of global GDP and 5.8% of its emissions. But there is no Canadian presence.

Their current focus is on urban freight, which is “the heartbeat of city life.” Their white paper on the subject, released at the ITF, makes concrete recommendations that address emissions issues and urban problems such as congestion, noise and pollution: zero-emission freight zones, electric vehicles, cargo bikes, and more pick-up points for online purchases are among them.

This campaign includes a call for governments, businesses and organizations to commit to zero-emission freight vehicles, a transition that “starts in urban regions.” Just launched in April, their declaration already has 31 signatories, including at least one university. Given their urban expertise, it would be great to see the Toronto universities sign on.

These kinds of initiatives demonstrate the possibilities that exist for new kinds of political alliances, not just nation-to-nation, including a strong role for cities and civil society.

I think Canada could take better advantage of this summit and meetings like it, especially municipalities. They’ll get another chance this week, when mobility experts and government representatives meet in Montreal for the city’s third annual “Movin’On” World Summit on Sustainable Mobility.

Created by Michelin, the Movin’On summit gives Montreal the opportunity to show off its public realm and public transit, its bike lanes and its no-right-on-red policy. Le Figaro has called it the “Davos of mobility.”

I will be sharing projects and research from the trip in subsequent columns. In the meanwhile, if you’re interested, you can read reports and see videos of sessions from the ITF summit here.