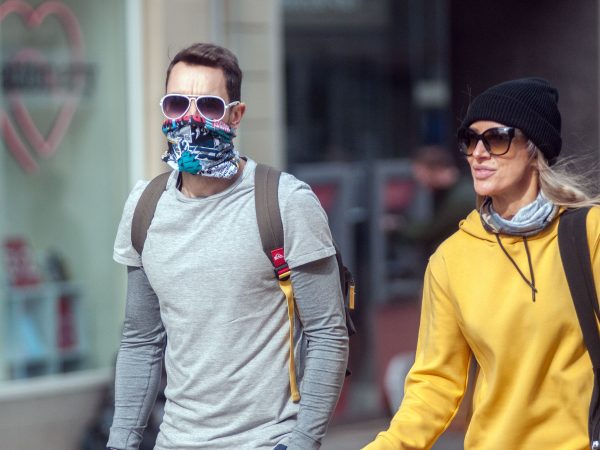 In this space last week, I argued that Torontonians, and their elected officials, need to have a far more serious debate about what resiliency actually means if we hope to create a city capable of enduring body blows like the Covid-19 pandemic.

To get to that place, I’d say it’s worth unpacking how the City of Toronto managed to create and approve a “resiliency strategy” that neglected to so much as mention infectious disease outbreaks, beyond a solitary historic reference to SARS in 2003. The oversight is bewildering and sheds a harsh light on the shallowness of this very trendy policy initiative — or at least how it’s been handled in a metropolis that claims, weirdly, to have been ranked, back in 2014, as the world’s most resilient city (by an international real estate company called the Grosvenor Group).

A bit of background: the City of Toronto, and 99 other municipalities, received funding from the Rockefeller Foundation’s now-discontinued 100 Resilient Cities Initiative about four years ago (the whole effort cost US$160 million). Each was to establish resiliency offices that could advise City officials not only on building urban resilience, but also institutionalizing it. The City hired Elliott Cappell, who now heads the climate change practice at an engineering conglomerate, to serve as chief resiliency officer.

Beginning in 2017, Cappell’s group, working with an external advisory board, embarked on what the final report characterizes as a monumental consultation exercise: 8,000 people engaged by various means, plus research, committees, etc. Based on all those inputs, plus some bureaucratic sleight of hand, the resiliency office came up with six resilience “challenges” – equity, climate and the environment, civic engagement, communities and neighbourhoods, housing and mobility. To distill a resiliency “vision,” those challenges were divided up into three bundles – people and neighbourhoods, infrastructure, and civic leadership. Finally, the report antes up the inevitable recommendations – 10 “goals” and 27 “actions.”

The document produced by this extensive process is a classic example of recycled bureaucratic air. Drawing from the grab bag of mostly familiar Toronto civic concerns, the report serves up summaries of analyses that will come as a surprise to no one, and then proposes a range of “actions” that essentially crib from a wide range of extant City of Toronto initiatives and plans, a few underway, but mostly aspirational. Much of it is informed by climate change — Cappell’s area of expertise — and the localized response to disasters like sudden floods or power outages. There’s a tiny bit of envelope pushing at the margins, but for the most part, our “first” resiliency strategy is little more than an exercise in bureaucratic back-patting.

Part of the problem, it seems to me, is definitional: what do we mean by resilience? The CRO and his resilience squad came up with something so broad and nebulous as to be utterly devoid of content. Resilience means having a strong and compassionate city that treats people equitably, including in hard times. Okay. We knew all that already; every major city document essentially says the same thing.

Indeed, if Toronto was such a beacon of resilience back in 2014, what was the point of spending two years to come up with a strategy?

Also worth noting is what’s not in the document: virtually anything about the City’s emergency preparedness plans (a topic that the public is rarely invited to discuss), the robustness of the public health department, or the City’s fiscal capacity.

Clearly, the City manager’s office, which housed the CRO and its philanthropic funding, took care to ring-fence the whole exercise. No loose cannons welcome.

It may be that quibbling about the definition of a buzzword is akin to counting how many angels can dance on the head of a pin. And given the Rockefeller Foundation’s abrupt retreat from resiliency as a civic cause célèbre (our CRO has now decamped and wasn’t replaced), it’s possible that whatever energy this idea had will now dissipate into policy nothingness – a kind of phantom limb, throbbing slightly, reminding us of that time before the moment when everything changed.

But I’d argue that the Covid-19 pandemic — which will continue to deliver unwelcome surprises and extreme social and economic stresses for months to come — provides an all-too-real opportunity for the City and Torontonians to understand what civic resilience truly is and also what it is not. Indeed, if we watch and think and feel in the months to come, we will learn a few lessons that could be parlayed into a more useful set of tools or modes of planning for the next time something this disruptive happens.

A very tiny example: everyone’s seen all the joggers, of course, but I’ve also noticed that people are using stairs in parks for cardio work-outs to replace lost access to gyms, community centres, etc. What’s clear is that these most quotidian of public space amenities turn out to have a latent (at least, to those who don’t already use them for running exercises) capability that’s taken on a new importance.

The broader principle is that latency, like redundancy, provides genuine resilience in periods of stress – “shocks,” to use the resilience strategy’s word. A bit of civic strength that was there all along, but which we didn’t really acknowledge. Many more examples will surface, and the City needs to pay attention. In general, I’d say there’s a case to be made for much more intentionality around planning for such secondary or tertiary uses of all sorts of public or semi-public spaces and amenities.

I spoke with York University geographer and Spacing contributor Patricia Wood on the weekend, and she also pointed out that the City, to this end, should exercise far more imagination to identify opportunities to anticipate potential other uses and adopt a less over-determined/single-use approach to planning public and civic spaces. In moment of adversity, flexibility is so important: some cities, she points out, have rapidly adapted to reduced vehicle traffic to create wider allowance for pedestrians.

Beyond the realm of the municipality, there are a growing number of instances of organizations looking to put their own resources to other, non-traditional uses. One of many examples: a partnership between the University Health Network and its innovation shop, OpenLab, to allow seniors to call for small deliveries of groceries or other household items. Screened volunteers will do the deliveries, reports The Toronto Sun. While neither UHN nor OpenLab expected to be in the grocery delivery business, they together had the financial and intellectual wherewithal to take action.

In fact, such measures point to the one detail in the City’s resiliency strategy that genuinely deserves far more intensive consideration – a recommendation buried on page 148, calling for the integration of resilience into emergency management.

It seems to me that this may be the only thread in the entire document that’s worth pulling. After all, while we can all see by now that the higher orders of government command most of the emergency measures being deployed, each city and each community must still find their own ways to ride this thing out. And it’s already clear that some places will be more successful — more resilient — than others.

When we can figure out why, and how, we’ll have the raw material for a resiliency strategy that can be truly helpful when the next crisis sweeps through.