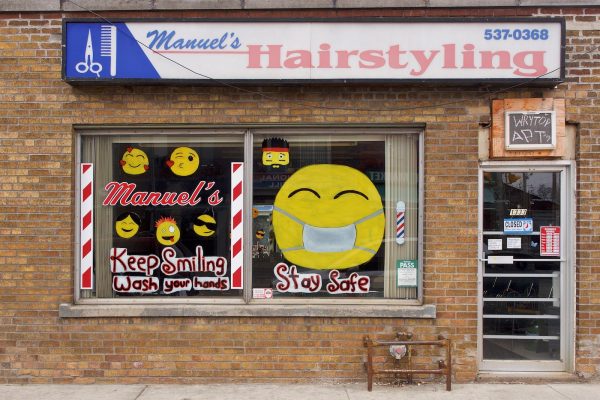 Viruses, in the abstract, don’t care much about their host organisms, beyond the latter’s on-board, physiological defenses. Yet it’s clear the coronavirus that causes COVID19 has, for a range of increasingly well-documented reasons, afflicted the elderly and the residents of low-income, predominantly non-white neighbourhoods at far higher rates than other parts of the population.

Beyond those emerging demographic realities, there’s one more: as the Canadian Urban Institute (CUI) discusses in a first-100 days report released this past Friday, the footprint of the pandemic skews disproportionately urban.

“The largest 20 cities in Canada account for 42 percent of the country’s population and yet over the first 100 days of COVID account for 67 per cent of total cases, and 75 per cent of total deaths,” according to the CUI. “Some cities have fared much worse than others: Montreal, for example, has had more than 25 times the number of per capita cases as Edmonton.”

One might say there’s a what’s-new-under-the-sun quality to this finding. Infectious disease outbreaks through history have been more deadly in urban settings than in the countryside. Cities, in turn, have a long track record of driving innovation in confronting epidemics. Advances in fields like water treatment, infection control, sanitary sewage infrastructure and even the data science that underpins epidemiology emerged from cities gripped by the fear of contagion.

It’s possible that bluetooth-based contact-tracing apps, such as the one the Canadian government finally unveiled last week (we’re way behind on these), will represent COVID’s technological contribution to humanity’s long-running battle against infectious diseases.

Yet as we’re thinking about milestones – 100 days, 1,000 deaths — we must also ask what the policy/institutional legacies are or will be, and whether these will emerge from the cities that evidently require them the most.

As the introduction to the CUI’s report asks, “The big questions for 2020 are, what will be the legacy of COVID? How is COVID impacting our communities and our cities, and how can we shape what the future impact will be? What will be reported about COVID in the history books of the future?”

One possible answer is: they’re already there. Canada’s numbers are tracking down, even as the economy re-opens and people get out more. Except for the conspicuously horrid example of long-term care facilities, we didn’t have giant spikes, deadly partisan conflicts over containment measures or crippling shortages of medical resources. Yes, there was suffering. But it could have been worse.

What the CUI’s study does, however, is layer on more new evidence to the emerging picture of a pandemic that struck urban communities in markedly different ways. Using a range information from surveys, existings sources and feedback collected from three months of its own data gathering from cities across Canada, the CUI’s study reveals a far more textured picture – relating to gender, race, class, housing tenure, etc. — than the high-level figures indicate.

“Our experiences with COVID have depended largely on who we are, and where we live,” the report concludes. “COVID is deepening existing inequities in Canada’s cities. It is also a moment that calls on us to consider new models of making decisions, empowering local leaders, and supporting people in our cities.”

In many ways, and this shouldn’t come as a surprise to anyone, the pandemic tracked the disparities that University of Toronto sociologist David Hulchanski has been documenting for years in his “three cities” studies on Toronto, Montreal and Vancouver. They reveal that the neighbourhoods in Canada’s largest cities are increasingly sorted by class, race, income and housing tenure, and that geographical polarization has become worse over several decades. Now we can add one more overlay to Hulchanski’s maps, which is sorting by social susceptibility to infection.

Hulchanski’s research underscores one of the central paradoxes of 21st century cities, which is that they can be both highly successful and deeply troubled at the same time. Innovation, economic growth, and cultural vibrancy can easily co-exist with – and sometime prey upon — social exclusion and extreme labour disparities.

The pandemic’s socio-economic footprint merely adds more fodder to Hulchanski’s observations and therefore reinforces the urban policy challenges he’s posed for many years: How do we create meaningful connections across race and class? How do we build a housing system that’s not overtly predatory? How do we foster communities that don’t trend towards monocultures?

Whether the solutions will be municipal is by no means clear. The pandemic has again revealed the fiscal vulnerability of Canada’s municipalities, reliant as they are on inelastic revenues, the vagaries of the real estate market and constitutional restrictions on their ability to act defensively.

The financial catastrophe facing transit agencies is perhaps the gravest immediate symptom of the shut-down, and there’s scant evidence that the other orders of government are prepared to do much to assist.

The pandemic should also serve as a harsh reminder to all of us that three decades of sustained underfunding of affordable housing was a broadly tolerated neo-liberal policy choice that benefited developers, speculators and middle-class homeowners, and cost many lives during the past few months.

With plans to revisit this assessment every 100 days until the pandemic ends, the CUI is effectively throwing down the gauntlet to policy-makers. The three orders of government, now seized by the unfathomable risks posed by infectious disease outbreaks, would do well to zero in on the urban implications and begin a real debate about what needs to change in order to fortify all those neighbourhoods whose residents have been drawing the short end of the stick for far too long.