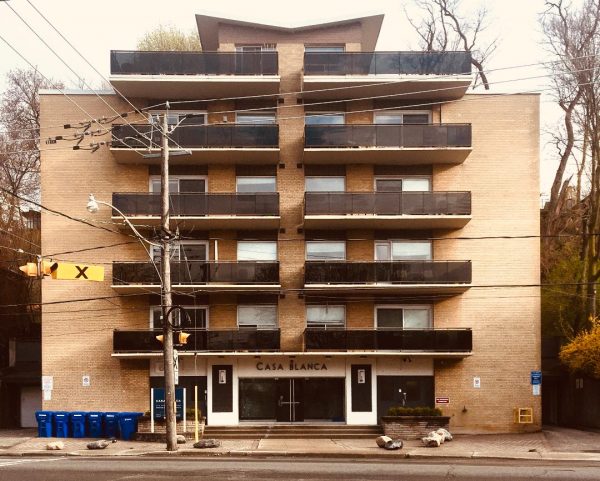 The narrative arc here extends from a motion last July by Mayor John Tory and housing czar Ana Bailão to a unanimous vote at last week’s council meeting. But the real story ripples much further back, first to a recent groundswell of advocacy and media attention on overly restrictive zoning regulations; then to anti-block-busting/”stable neighbourhoods” measures approved between the 1970s and the 1990s; next to the car-oriented suburban development orthodoxies of the 1950s and 1960s; and, if you really want to peel the onion, the anti-apartment building campaigns waged by wealthy homeowners and Toronto’s morality police going as far back as the 1910s.

In some ways, Toronto isn’t all that different from many North American cities when it comes to mixing low and moderate density housing (allowed before World War II; largely banned thereafter). And unsurprisingly, Toronto has arrived with customary hyper-caution at this particular moment in its planning history. Other cities — Minneapolis and Seattle, to name two — have been more daring in their moves to approve more gentle density as of right in residential/single-family neighbourhoods.

The particular changes approved could not be described as revolutionary. The city will allow “garden suite” dwellings (also known as granny flats or, in a quainter age, coach houses); more “dense low-rise housing options” on major streets (e.g., Mount Pleasant); and additional units within “permitted building envelopes” (more on this in a moment). The plan calls for lots of consulting (including with equity-seeking groups that haven’t been especially welcome in these conversations), reviewing, pilot projecting, and even “potential” official plan amendments.

The reference to “permitted building envelopes” is salient because the lion’s share of Toronto’s neighbourhoods are zoned “RD,” which stands for “residential detached.” This is the rock-ribbed post-war suburban zoning that excluded duplexes, triplexes, and walk-ups. In these areas, dubbed the yellow belt, only detached houses are allowed. What this new policy seems to propose is permitting additional units, presumably beyond a basement secondary suite, in structures that adhere to the allowable heights and densities set out in local zoning bylaws.

In other words, if you have a bungalow on a 120×30 sq.-ft suburban lot on a street lined by two or two-and-a-half storey houses, you could theoretically build a larger house-type dwelling, but one that has been divided into several apartments.

The wrinkle, however, is that the City’s official plan includes extremely stringent policies restricting any development that alters the “physical character” of residential neighbourhoods. These flow from a little understood and inadequately scrutinized land use planning policy known as Official Plan Amendment 320, which snuck through council in 2015 and survived a flurry of appeals before full adoption in 2018. The provisions have since been used by city planners, the committee of adjustment and residents organizations to block or attempt to block projects as modest as triplexes and townhouses.

The report approved last week at council doesn’t touch the “character” language in the official plan; the staff report only mentioned “potential” changes.

The upshot is that official ambiguity — or perhaps more appropriately, ambivalence — remains a feature of the city’s neighbourhood land use planning rules. That uncertainty also highlights the elephant-in-the-room problem that envelopes this whole discourse, which is the deeply entrenched culture of NIMBYism baked into our planning politics, Toronto’s residential real estate market and the governance structure of the city itself.

A relatively small number of self-appointed neighbourhood activists — mainly those leading the Federation of North Toronto Residents’ Associations — have had disproportionate influence on the trajectory of Toronto’s planning system, often at the expense of homeowners who aren’t “represented” by a busy-body neighbourhood association, residents who fervently believe in adding more housing types and affordable forms, and tenants themselves.

Over many years and decades, the City and City Council has paid way too much attention to organized and well-resourced residents associations and far too little attention to everyone else. Today, we have both the exclusionary planning rules and the real estate prices to show for it.

We also live with a strange paradox, which is that much of the missing-middle type housing that accumulated in (desirable) older neighbourhoods is either explicitly disallowed elsewhere within the city limits, economically unfeasible due to land prices and crushing municipal fees, or politically impossible to replicate because of opposition from frequently reactionary homeowner groups.

Case in point: the two-storey pre-fab supportive housing complex now going up on Dovercourt Road, south of College Street. This exceedingly modest project, with just 44 bachelor units, is located directly across the street from a police station. Yet local NIMBYs shouted so vociferously that the city ended up soliciting a ministerial zoning order from Queen’s Park to get the thing approved and built by the fall.

As Parkdale-High Park councilor Gord Perks likes to remind us, the missing middle measures alone won’t fix the multi-headed hydra that is Toronto’s housing crisis. For that, we need more public investment in affordable and supportive housing, more land moved out of the speculative market and into land trusts, renewed support for co-op housing, tighter restrictions on ghost hotels, conversions and renovictions, and more effective inclusionary zoning rules. The missing middle, like rental laneway housing, is less about affordability and more about widening the range of housing options.

Yet in my view, the missing middle is about something else, as well. It is about learning how to say yes again, or at least saying nothing at all if all you have to say is `keep out.’ It is about re-booting our knee-jerk political culture.

No one engaged in the debate about housing should forget that Toronto’s land use planning regulations contain strands of DNA that trace back to puritanical turn-of-the-last-century attitudes about single women, poor immigrants, and anyone who didn’t own a house. There is a lot of path dependency. What’s more, Toronto’s housing crisis exists as a direct consequence of the epic clash between the extraordinary dynamism of a rapidly-growing immigrant city and the extreme conservatism of our land use policies.

I can’t imagine that anyone who closely follows land use politics in Toronto could read council’s new direction and conclude that the city has taken a radical step. Toronto is doing what Toronto has done for years: inching forward, incrementally.

Whether the slightly altered planning framework approved last week will encourage more forbearance and less hysteria from residents groups and their parochial council allies remains to be seen.

This attempt at reform is a start. Hopefully, it won’t die the death of a thousand small complaints.