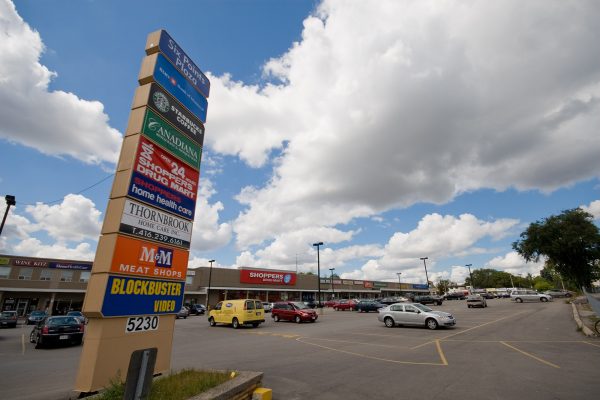 Item: In a development application [download PDF] heard by the Etobicoke-York district committee of adjustment in late February, a builder proposed replacing an older bungalow with a triplex at 54 Westhampton Drive, a quiet street just south of the 401-427 interchange. While existing zoning bylaws permit triplexes in this area, Westhampton has no multi-unit homes, so the planning department ruled that the proposal offends the “prevailing” character of the street and the “established physical character of the stable neighbourhood,” citing provisions of Official Plan Amendment 320. — John Lorinc

If you care about how Toronto’s neighbourhoods should change, Official Plan Amendment 320 should be of great concern to you.

OPA 320 was passed by council in 2015 and approved by the province in 2016, but the policy was appealed to the Local Planning Approvals Tribunal (LPAT) by 57 groups. It primarily deals with how a larger property in a residential neighbourhood could be redeveloped. These parcels, which are unusual in size and not created from assembling smaller lots, are referred to as anomaly properties. They may be larger church properties with parking lots, an abandoned school site or a small local retail plaza.

But OPA 320 also affects so-called “Apartment Neighbourhoods,” where, for example, an owner of a larger apartment building from the 1960s or 1970s with surface lots, might wish to add townhouses or another apartment structure and put the parking underground.

As the Official Plan evolves, such anomaly sites could someday be developed with moderately higher densities than the surrounding properties. For example, in a neighbourhood of primarily semi-detached homes, you might find a blend of townhouses and semi-detached homes with a sprinkling of four-storey walk-ups. And under the 2006 Official Plan, all these forms were permitted in the so-called Yellowbelt zone, which includes all the low-rise residential Neighbourhoods.

OPA 320 has changed all that. It calls for the redevelopment to have exactly the same form of buildings and property sizes as are found the surrounding neighbourhood. What’s more, the larger properties that OPA 320 addresses are the ones that have the least direct impact on adjoining neighbours, as there would be fewer such impacts than on a smaller site. OPA 320 attacks and flash freezes the low-hanging fruit of neighbourhood intensification.

This shift is rather ironic. While the urban thinkers and some members of the public are asking the members of City Council and Mayor John Tory to address the housing crisis and find ways to add density in existing neighbourhoods, they may be unaware that Council had gone in the opposite direction. Indeed, the whole approvals process flew under the radar. The press and the public were almost universally unaware of it.

While OPA 320 was moving through the approvals process, public attention was more focused on the city’s laneway housing initiative. The idea captured people’s imaginations and the proponents are to be congratulated for its success. However, city planners have estimated that when the policy comes fully online, it may generate about 30 to 40 residential units a year – hardly enough to address Toronto’s housing crisis.

How did OPA 320 become City land use planning policy? Jeff Davies, a wise development lawyer, explained to me that the core issue in most local planning disputes — whether before a committee, council, or the Ontario Municipal Board — came down to whether a proposed development was compatible with the neighbourhood.

Through the planning consultants they hired to fight projects, the residents opposed to change in their neighbourhoods would define “compatible” as “the same as.” The developers’ planners countered by arguing that their projects could comfortably co-exist “in harmony” with the rest of the neighbourhood. The musical term “harmony” carried considerable meaning in these conflicts. A project that works harmoniously with its neighbours, like a harmony in music, may not be the same as what surrounds it (i.e., the melody). To illustrate, apply the question to a four-storey apartment next to a two-and-a-half storey single family home.

At the OMB (now LPAT), the hearing officer would generally agree that the appropriate definition of compatibility should be “similar, but not necessarily same as,” and so the project would be approved.

This happened at countless OMB hearings as it was a reasonable interpretation of the Official Plan. Yet residents intent on maintaining the status quo would be furious and demand that the councillor stop these projects.

OPA 320, by contrast, ensures that the “same as” definition will forever ensure that “stable” neighbourhoods will remain frozen in time. And councillors will get re-elected as their reward, even as they go through the motions of trying to find ways to add modest density to neighbourhoods.

After council passed OPA 320, it was instantly applied by the planning department, even while the matter was still under appeal to the OMB (later LPAT). Fifty-seven parties filed appeals. Most were property owners directly affected; they filed appeals even before OPA 320 had been passed by council. Others were residents’ groups and building industry representatives who questioned the merits of the policy. BILDGTA, the development industry lobby, put up a modest fight. But most builders affected by this policy were smaller infill developers who did not have the time or wherewithal to undertake such a fight. The press and the public were largely unaware or uninterested.

The appeals were completed last December. A private planner, David Butler, had been brought in to help mediate the issues, and LPAT has issued its decision. The affected property owners have agreed to individual settlements. The LPAT also considered the broader question: how the amendment will affect larger anomaly properties. The question of what constituted “prevalent” or “prevailing” forms of development was reviewed. Is it what is next door or down a block or two? In the end, the parties agreed to tinker with the wording to suggest that “prevailing“ may be interpreted more widely than what is immediately adjacent, and the LPAT accepted the negotiated settlement. With that, the Amendment was largely approved as originally passed.

Let us consider what will happen if a property owner today decides to propose a slightly higher density on their anomaly property. They would present their ideas to the planning department and be told that OPA 320 only permits what is prevalent in the area. If they decide to press the issue, the application will move through the approvals process with a negative report from the planning department. That means it will be turned down by the local community council and then city council at large.

If the builder decides to appeal the decision to LPAT, they will have a rude awakening. LPAT can only act on an appeal of a zoning bylaw or Official Plan Amendment if it finds that the bylaw or amendment is inconsistent with the City’s OP or other provincial policies. LPAT’s decision on OPA 320, accepted an uncontested planning opinion that OPA 320 is consistent with Provincial polices.

This is where the abolition of the OMB comes into the picture. The OMB was an independent tribunal that kept municipal officials accountable for their actions. Decisions were rendered based on evidence, planning principles, provincial planning polices and the municipality’s own official plan. It was part of a system of checks and balances.

The replacement LPAT system does not have nearly the same level of checks or balances. If an appellant today were to make the argument that OPA 320 is inconsistent with provincial policies and LPAT agreed (regardless of its earlier decision on OPA 320), the matter would be sent back to City Council – the same body that drafted and approved the original version.

How likely is city council to change its mind? The opponent in the hearing is now the judge. Who would go through such a circular exercise? Which infill builder will risk her capital on such an uneven playing field? Where is the impartial review body that could question the legislation on its merits?

I believe OPA 320 could have been challenged on the basis that it is inconsistent with Ontario’s Growth Plan. Municipalities throughout the province have struggled for years to rise to the challenge of satisfying the Growth Plan’s intensification benchmarks. While the City might argue that Toronto’s Official Plan promotes intensification in around urban centres, such as North York city centre and downtowns, as well as along the Avenues, that defense isn’t water tight.

Before the OMB, such arguments may have had traction. It also had the power to turn aside Official Plan Amendments and rezonings that didn’t conform to provincial policies. LPAT does not have that power.

Council now reigns supreme. At last we have democracy. Or perhaps we have residents’ groups that control their local councillors, thus ensuring the everlasting “stability” of their neighbourhoods. Their motto could perhaps be “Once I enter, please close the door behind me so that someone with a little less money won’t be moving in.” Is that what they mean by “stability”?

The elimination of the OMB, in other words, cemented the status quo across the Yellowbelt. Unless Council reconsiders the matter, OPA 320 is now completely enshrined and protected by the original authors of this regressive policy.

I believe we need to step back and take a fresh look at these important issues.

George Popper is a Toronto architect