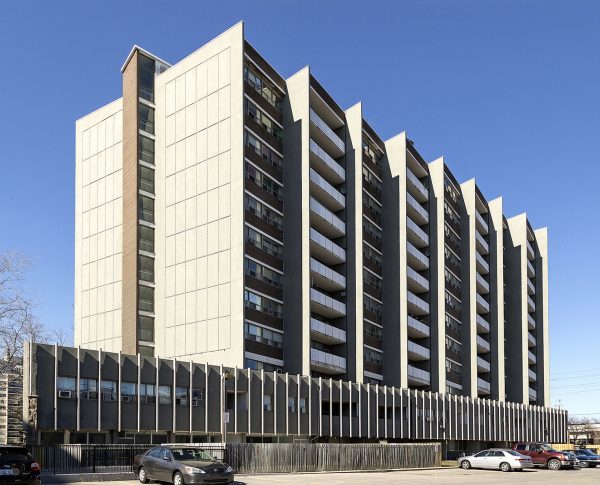 Almost exactly a year ago, a team of American affordable housing experts from the Urban Land Institute came to Toronto to offer up ideas for breaking the logjam on retrofitting our huge portfolio of aging slab apartment buildings that collectively provide reasonably priced accommodation for hundreds of thousands of people.

They spent a few weeks studying this far-flung assembly of buildings, some privately owned and others run by Toronto Community Housing. Then, at a well-attended and upbeat session at the Munk Centre, the group offered solutions, which have subsequently been packaged up in a report. Senior municipal and council officials were in attendance, and there was plenty of talk about not just nosing this fix up the city’s priorities ladder but launching a pilot project with ten buildings. “You need to think about the next 60 years,” former New York City chief planner Purnima Kapur told the audience.

Twelve tumultuous months later, it feels like Tower Renewal and the ULI’s strategy have all but vanished from the civic agenda, despite the welcome and much-needed attention to other aspects of the housing file, including the fast-tracking of modular supportive housing projects and even the affordable rental piece of the Dominion Foundry saga that’s been on a rolling boil all week.

So this column shouldn’t be read as an exercise in whataboutism, especially given that senior officials had so many hot fires to put out all year.

“Due to the COVID-19 lockdown,” a spokesperson told me, “City staff across the organization were redeployed to various pandemic responses and this has delayed this initiative. City staff, in partnership with ULI, Wellesley Institute, and Tower Renewal Partnership, developed a panel discussion in December 2020 on rental affordability in Toronto and the impacts of COVID-19 on the apartment sector. As the City moves back to regular business, progress on the ULI panel recommendations will continue.”

A nutshell version of the issue: Between the 1960s and the 1980s, about 1,100 slab apartment towers went up across Metro, predominantly rental, some market and some RGI, but most of them moderately priced. Today, over 500,000 Torontonians live in these buildings, the vast majority of which are situated in the post-war suburbs.

As ERA Architects partner Graeme Stewart has detailed over the years, these buildings were encumbered by so-called “shrink-wrap” zoning, meaning very little else could be added to tower-in-the-park properties that often contained a lot of empty space. As problematically, they’re aging, energy inefficient and in dire need of so-called deep retrofits – better windows, more insulation, new cladding, updated HVAC systems and so on.

The thinking is that by intensifying the properties and adding new community or retail uses, there would be a way to finance retrofits that should, over time, reduce operating costs, cut emissions, and thus amortize the upfront capital required for the improvements.

The math hasn’t worked out quite so cleanly. Thanks to a $1.3 billion cash infusion from the federal government’s National Housing Strategy, TCHC buildings, including slab towers, will be getting long overdue repairs.

But only a handful of privately owned towers have embarked on this kind of work, and most of those projects are more modest in scale. The City offers low-cost 20-year loans for such projects through the High-rise Retrofit Improvement Support Program (Hi-RIS). “To date,” according to a city spokesperson, “the Hi-RIS program has disbursed and awarded $10.1 million for retrofits at 16 apartment buildings with 2,320 units in total.” Which is not much.

As far as I know, none to date go as far as ERA’s deep retrofit of a 1960s-vintage, 146-unit City Housing Hamilton apartment complex called the Ken Soble Tower, which is getting a Passive House-grade overhaul that will use 75% less energy and cut emissions by 88% — in other words, a building that comes tantalizingly close to the net zero target.

The $10 million Soble budget, mostly covered by the federal government, works out to $70,000 per unit, which is a lot more than the average per-unit spend from the 16 Toronto buildings that got Hi-RIS financing (about $4,400). Those funds mostly went to upgrading windows from single to double pane, according to city officials.

Given that the Toronto Green Standard is systematically ratcheting up insulation and energy performance minimums, and that the building industry is moving to triple pane, fibre-glass-framed windows as the most sustainable way of limiting heat loss through glazing, the Hi-RIS retrofits do little more than bring these 16 buildings up to a soon-to-be-obsolete standard.

Clearly, such municipal programs are too modest to get private landlords past the old hurdle of absorbing high up-front capital repair costs on the more nebulous promise of longer-term energy cost savings and whatever burnish accrues from being a good corporate citizen.

When the ULI team came to town last year, the GTA apartment building lobbyist, Daryl Chong, told me he could round up ten buildings without difficulty for a pilot. In the meantime, Chong said this week, the City and the Federation of Canadian Municipalities cobbled together $10 million – again, a start, but still modest – for the project. Yet nothing’s happened so far.

Instead of focusing on some elusive financial silver bullet, the ULI team identified a range of strategies that landlords could use to re-cast some of the cash flow and cost implications so the pro formas aren’t as daunting. They also recommended a set of policy moves for both the city and the feds, the most salient of which involves paying attention.

Interestingly, and presciently, the ULI team urged city officials and building owners to focus intently on the learnings from an incident a few years ago, when an electrical fire caused by aging infrastructure ripped through a slab tower at 650 Parliament, displacing 1,500 residents for over a year and causing $6.5 million in damage, according to the Toronto Star. The ULI’s report rightly described that event as the “canary in the coal mine.”

In those halcyon days of February, 2020, the city and its residents were likely a lot less attuned to warnings about latent risk, disasters, and the case for an expansive understanding of resilience as a mode of forward planning that has social, environmental and financial benefits.

I’d like to think the pandemic has provided a generational lesson in how we should think about preparing for massive disruptions. One chapter in this much bigger story involves the condition of Toronto’s aging apartment buildings, home to so many people, including thousands of those who bore the brunt of this plague. The City, hopefully wiser after a hard and eye-opening year, now needs to find a way to begin renewing Tower Renewal.