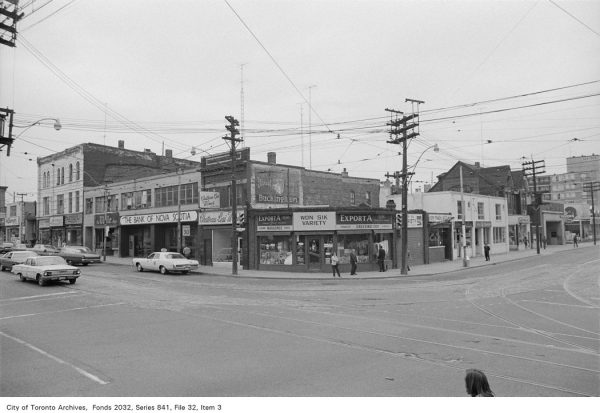 This is the second of a four-part series on urban oral history.

“Explore the city you live in. Open your eyes to a new life,” advised Gregory, an elder immigrant from the Caribbean who settled in Toronto, when I interviewed him about his journey to Canada. “If you stick to your ethnic group and comfortable areas of the city, it will be harder to integrate into Canadian society.”

As a part of my qualitative methods course at the University of Toronto, I had weekly phone calls with Gregory where we chatted about a plethora of topics, including his immigration story. Gregory came to Canada from the lush tropical paradise of St Vincent and the Grenadines in the early 1980s and eventually settled in the Cabbagetown neighbourhood of Toronto.

Through speaking with Gregory and learning about his immigration story, I was inspired to relate it to the story of my mom, Thubasini. Both my mom and Gregory immigrated from tropical islands to Canada as young adults during the same time period, yet they both had very different immigration stories.

After each conversation I had with Gregory, I would speak with my mother and ask her similar questions. I found it very interesting that Gregory encouraged people to step out of their comfort zone and mingle with different groups, whereas my mother advised people to connect with their own ethnic groups to navigate a new society together.

I believe that these two approaches speak to the personalities behind Gregory and Thubasini. Gregory describes himself as an introvert and my mom would consider herself to be an extrovert. Whereas Gregory took a more independent approach to integration, Thubasini turned to social networks within her ethnic community. Through comparing their memories and reflections, I was interested in researching the following question: How do social networks shape the immigrant experience?

Recently, there has been a growing interest to understand the impact of social networks on immigration. Immigrants often rely on their community or social network to cope with language barriers and general advice on how to settle in a new environment. Social networks help us understand patterns of migration, settlement, and employment and are essential in creating a sense of community.

This feeling helps immigrants become comfortable in their new environment as networks are a key component of a community. Social networks make immigration possible by connecting newcomers to jobs, recreational activities, and providing immigrants with general advice and support on how to settle in a new country. The feeling of communal support can also help immigrants cope with feelings of culture shock, which is a very common feeling among immigrants.

Gregory first moved to Montreal when he immigrated to Canada where he lived for a few years before settling in Cabbagetown, where he attended Jarvis Collegiate. Gregory said that he turned to his love of sports for integrating into the new society and making new friends. After graduating high school, he went on to study business administration at the University of Ottawa and landed a career in the business field.

When asked to describe life in Cabbagetown, Gregory recalled visiting many restaurants and music theatres. He especially loved how you could travel the entire city by bike, transit, or simply walking.

My mother, Thubasini, left Sri Lanka at the age of 21, fleeing a civil war. She came to Toronto seeking security and a better life overall. Determined to create a more prosperous future for herself, she attended adult school and then completed the Accounting and Finance program at Seneca College before completing her CPA designation.

Thubasini describes her first year in Toronto as difficult but motivating. “Coming to a new country, barely knowing the language, is always difficult. But it’s important to work through those battles.” She loved finding solace through members of the Tamil community, which she belonged to, in order to help her cope with culture shock. As an immigrant fleeing violence in her home country, it was crucial for my mom to talk about those feelings with members of her own community; people that could relate to her story. Together they built a community to navigate life in Toronto in terms of work, education, and social activities.

Gregory settled in Cabbagetown. Through my conversations with Gregory, he reminisced about the different sights and smells of the surrounding vibrant communities of Regent Park, Moss Park, and St. Jamestown. The area he lived in was very diverse and it was difficult for him to find people of the same Caribbean background.

“Although I would describe myself as an introvert,” he says, “I made a lot of new friends playing basketball after school at a court near my house.” This newly acquainted group helped Gregory form a sense of community.

Thubasini settled in Scarborough, which is home to a large South Asian immigrant population. As a Sri Lankan Tamil, she had many cultural resources available to her in Scarborough that helped her connect with people from the same ethnic community. Some examples include meetings at the local temple and Tamil-Canadian community offices, and participating in programs aimed at helping new Tamil immigrants integrate into their new life in Toronto. Thubasini believes these programs played an integral role in helping her navigate her way through the city.

When asked to define a sense of community, Gregory said, “People getting along, respecting each other’s values and culture, learning from each other, being able to appreciate each other’s culture. No matter what their background is. A community is having the opportunity to grow from each other.”

He believed that his neighbourhood did provide him with a sense of community because he was able to learn from other people, and developed the ability to appreciate different cultures and others. He also mentioned that this came to his advantage as a minority. When he learned about others, they also learned about him.

When I asked my mother to provide her definition of a community, she said, “A group of people you can relate to with common interests, backgrounds, and aspirations.” My mom, settling in the suburbs, believed she found a sense of community in her neighbourhood because there were many immigrants from Sri Lanka. Together, they formed a network to support each other as they learned a new language, pursued careers and studies, and experienced many setbacks, as well.

My mom’s advice to other new immigrants was, “Try to find social networks and communities from people who are of the same background as you. This support system will help you navigate the wonderful city of Toronto.”

This project has also allowed me to reflect more deeply on the City of Toronto and the importance of establishing a sense of community. The city is home to many vibrant ethnic communities, which is why it is important to create ethnic hubs where immigrants, especially those fleeing turmoil and violence, can find comfort and safety in their neighbourhoods. Especially in the time of COVID-19, when we are forced to stay apart, it is important to establish virtual networks to check in on one another. COVID-19 has sadly had a great impact on our long-term care homes, therefore, I am very grateful to have had the opportunity to connect with Gregory and form a sense of community with him through these unprecedented times.

Rathusa Rameshkumar is a first-generation Tamil Canadian, and a recent graduate from the University of Toronto. Follow her on Instagram at @_rathusa.