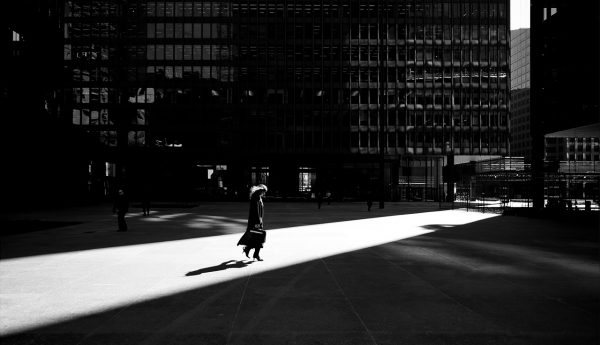 Given the increasingly dire news about climate change, including the release yesterday of the IPCC latest report on accelerating warming trends, one could reasonably ask why the planning profession and local planning mandarins insist on casting shade on shadows. It’s a deeply entrenched, pro-sun bias. Excessive shade, according to planning policies, guidelines and protocols, are considered problematic, and must be first measured and then minimized as a condition of approval for all but the lowest of new developments.

Urban design policies governing set-backs, site plans, “over-look” and other impediments to sun offer non-too-subtle signals that shadows are seen as a problematic by-product of development. As this description about how development consultants should fashion sun/shadow studies points out, the policy reaches directly into the Official Plan.

Section 3.1.2.3 “New development will be massed and its exterior façade will be designed to fit harmoniously into its existing and/or planned context, and will limit its impact on neighbouring streets, parks, open spaces and properties by:

Several years ago, in fact, a group of well-connected parents at Jesse Ketchum P.S., at Bay and Davenport, succeeded in shaking $2 million in compensation out of the Four Seasons hotel giant over the shadows cast by its new Yorkville highrise. Donna Wright, the then chair of the parent council, turned up her nose at the trade-off: “I don’t think sunshine should be sold at any price,” she told The Globe and Mail in 2006. Such pieties aside, Jesse Ketchum was bought off, and today has one of the best outfitted playgrounds of any of the TDSB’s 600-plus sites.

As the world burns this summer (there are so many disturbing images, but this especially apocalyptic one makes the point), the notion that shadows are somehow harmful seems, well, preposterous. I suspect Wright might feel quite differently today than she did in 2006.

In fact, I’d argue that from a planning policy and built form perspective, shadow and shade should now be regarded as assets in terms of place-making, not just by rendering an over-heated city more comfortable, but also because shade – from both buildings and tree cover – brings clear climate benefits. It mitigates the urban heat island effect and eases peak grid loads because of reduced need for air conditioning. There are even social justice dividends: As this NPR investigation, and other examinations, have shown, low-income neighbourhoods, by contrast to affluent ones, tend to be hotter, with fewer sources of shade, and therefore more exposed to heat-related illnesses.

As I wander around the city this summer, it’s pretty clear to me that a well-developed `shade economy’ not only exists, but thrives in the form of familiar objects like patio umbrellas, wide-brim hats and all the sun-deflecting gear and goop that parents use to protect their kids.

Some neighbourhoods have lobbied for playground sun screen structures, although these, to my eye, seem like little more like costly exercises in constituent management. My feeling, however, is that if the City proposed a brand new playground today that was almost fully shaded from day one, residents with young children be thrilled. In fact, playground equipment manufacturers now tout such structures and the related health benefits.

Yet planning policy seems to be mostly oblivious while community groups that oppose development (mis)use shadow studies as just another cudgel in the war against intensification.

Indeed, the degree to which shadow-fixation has impacted the City can’t be understated. Toronto’s obsession with very high point towers is due, in part, to efforts by the City to promote this form instead of the older slab-style apartments in order to ensure sunlight at street level and prevent the emergence of permanently shadowed urban canyons.

These policies, in turn, dovetail with long-untested assumptions about street life and the apparently negative consequences of excessive shadowing on pedestrian traffic and at-grade commerce. As Louis Armstrong sang, “Life can be so sweet/On the sunny side of the street.”

It seems to me it’s well past time for the City to revisit its core assumptions about shade, and find ways to incorporate them into the way we think about city-building and energy in a warming future.

Architects, developers and planners can look to warm climates for architectural inspiration on how to constructively incorporate shade into urban design. They can also draw inspiration from the Passive House movement on the use of exterior detailing, e.g., shading devices and solar shades, to mitigate direct sunlight as an alternative to constructing towering flat surfaces that directly face the sun, forcing property managers to invest in costly internal cooling systems.

The City and council, in turn, should find ways of incorporating a positive expression of shade/shadow policy in its environmental and carbon-reduction strategies. TransformTO, the City’s long-term climate adaptation plan, does not contain a single reference to the importance of leveraging shadows and shade to passively cool buildings, streets and other public spaces. Rather, we persist in the absurd fantasy that the planting of (frequently doomed) city street trees will somehow create cool and oxygenated urban spaces within the rapidly shortening time frames imposed by a warming planet.

As this frightening summer roars towards Labour Day, I’d say urban planners should begin to take shade out of the shadows by recognizing the deflection of direct sunlight for what it has become: a critical tool in making the city more livable, cooler, and less carbon dependent.