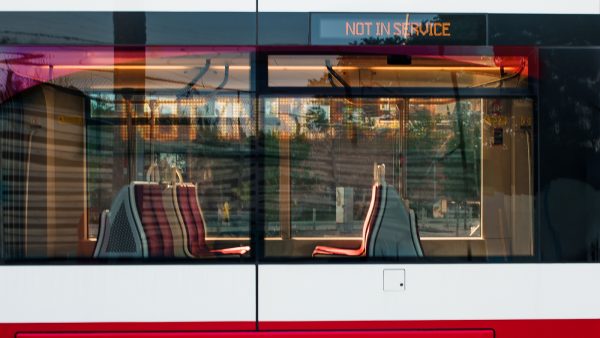 You don’t need to be a rocket scientist to understand why transit didn’t crack the surface of this federal election. After 18 months of pandemic, the transit networks in big cities are still half abandoned, except for the over-taxed bus routes serving working class people who never had an option to stay at home.

The once urgent questions — chronic over-crowding, system expansion, GO Train delays, horrendous congestion, autonomous vehicles — seem like a distant memory. In low-density suburban areas, traffic remained heavy for much of the pandemic, but ‘twas ever thus.

The work of building out or planning rapid transit lines continues apace, and there’s no hollering (yet) about new bike lanes. The only real political pressure point on the transit file in this period was the collapse in fare revenue, and the feds offered up $4.6 billion in emergency funding to cover those losses. In short, the parties had other battles to fight.

But it seems to me there’s a looming and largely ignored question hovering over the transit file, which is the issue of how to rebuild ridership, given that commuting patterns, and indeed large swaths of the labour force, have been shaken up like a snow-globe.

The ongoing debate about the emergence of the hybrid workplace is, in many ways, a societal conversation about the lousiness of pre-pandemic commuting, both by car and on transit. Those with a choice — and who now know that the many hours not spent coming and going can be put to better use — are going to be a really tough sell for transit agencies for a very long time.

None of the parties are talking about this issue, or even really acknowledging it. As a platform report card released this week by the Canadian Urban Transit Association (CUTA) shows, the Liberals and NDP scored well on issues such as permanent funding, electrification, and support for approved capital projects. The Conservatives earned only a C, but they’re not setting stuff on fire, policy-wise. No one’s arguing for scrapping the federal gas tax, which has funded transit projects since the mid-2000s, or cancelling projects. So on the transit capital side, it’s business as usual.

Yet as CUTA’s analysis shows, the three main parties scored Ds and an F on the question of providing operational support for transit. (The Greens got an A+ with an un-costed platform.) “Covid has turned transit’s economics on its head,” the report card notes. “Before the pandemic, 51% of the cost of operating transit came from the farebox. Ridership is less than half pre-Covid levels — and for every 10% decline, transit systems lose $470 million a year. Unless this revenue is replaced, service cuts are likely which will make our cities more congested, less fair, and make climate goals harder to reach.”

I will confess here I’ve never been sold on the idea of free transit, and the prospect of Ottawa involving itself in the operating budgets of municipal agencies just seems like recipe for constitutional conflict. Before the pandemic, I would have argued that provincial governments should be stepping up to subsidize transit operations, as they once did.

Yet I’d say there’s now a compelling case for Ottawa to leverage its spending power to prime the transit pump and enable agencies to significantly cut fares, at least for the time being, as a means of luring back riders.

There are a number of ways to look at this idea. We’ve talked endlessly during the pandemic about equity and front-line workers and, more recently, the rising cost of living. Reduced transit fares for lower-income people and front-line workers who rely on transit will help provide some additional financial cushion.

The climate change angle is obvious. But post-pandemic congestion isn’t just about emissions. If large swaths of the commuting public permanently swap out trains and buses for cars, the state of big city roads and highways will become even worse than they were as of March, 2020, with all the associated pressures on regional economies, goods movement, supply chains, infrastructure, and so on.

The economic return on an investment from transit operating subsidies would also accrue to downtown office cores, which remain fairly deserted, with all the associated negative implications for street retail, restaurants, performance venues, and so on.

Of course, the large number of people who live in downtown condos will, in the short run, provide a counterbalance to the centrifugal dynamics in the workforce. But if core-area employers begin to significantly downsize, exit or remain more or less virtual, the exodus that afflicted many downtowns in the 1970s and 1980s could return for a sequel.

Workday commuting has always accounted for the largest share of transit revenue and ridership; if it doesn’t bounce back — because people don’t want to give up their cars or because the company moved and gave up half its floor space, etc. — then municipal councils will become predictably resentful about covering those operating shortfalls.

It’s by no means easy to see, right now, what the future of work and commuting looks like, and how transit service fits into that very hazy picture. What is clear, however, is that cities and transit agencies need to come up with innovative ways to bring back riders; earnest public service campaigns about climate won’t do the kind of heavy lifting required.

A time-limited transit operating subsidy, rolled back in sync with increases in ridership, would be a constructive and fiscally manageable way for the federal government to promote the social, economic, and environmental well-being of cities. But unless the major parties are holding something back (they’re not), it seems all three are content to miss this particular train, and grapple with the fall out of a transit downward spiral some other time.