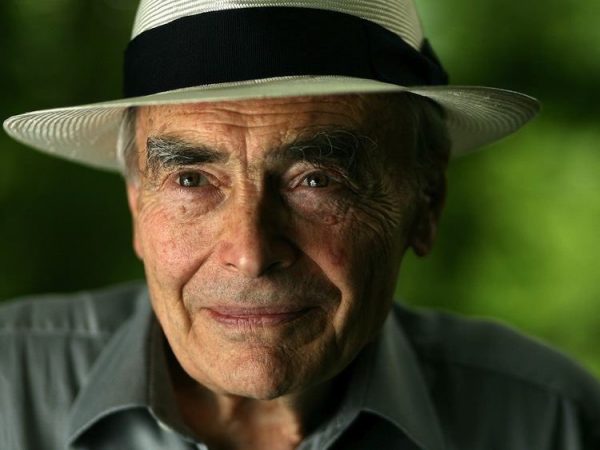 For the record, I did not attend the infamous Teenage Head concert in June 1980, which turned into a melee, which became an excuse to shut down the Ontario Place Forum and replace it with a giant, soulless branding opportunity.

However, during the late 1970s and the spring of 1980, my high school friends and I did spend many warm evenings camped out at that amazing concert venue, either in the seats or on the hills that cradled that origami bandstand, waiting for whatever group we’d come to see take the stage.

Which rotated. The Forum was so good for so many reasons, among them the opportunity to see music in the round. It didn’t matter where you sat, because eventually the band was facing you.

Ontario Place also operated the Forum on a first-come-first-serve basis, so we’d always arrive really early — subway to Bathurst; streetcar to the CNE — and then pass the time feasting on greasy Chinese food served from the brightly coloured building block concession stands just over the embankment.

The music started once the sky darkened, and the performances could go on for several revolutions of the stage. I saw many shows there before the Head riot, but the one that stands out was headlined by Ray Charles, who was dressed in a pale blue tux, fronting an incredibly tight horn section, and curtly refusing to play the requests that wafted down from the hills.

To have grown up in Toronto in the 1970s was to have inhabited a city conjured by Eb Zeidler, who died on Friday after a long illness. He had been commissioned to create Ontario Place as a centennial project. Its exuberant architectural abstractions and that very specific cast of 1970s breeziness served as a perfect foil for the Ex, with its stadium rock and the grimy carny-land of the Midway. Everyone saw $5 IMAX films at the Cinesphere, beginning with North of Superior. These were nearly universal cultural experiences for young people living here at that time.

Zeidler, who was born in Germany and came to Canada in 1951, was a charter member of that unlikely alliance of modernist architects, civic-minded planners and Jane Jacobs reformers whose love of walkable working-class neighbourhoods and internationalist style changed Toronto’s destiny.

The St. Lawrence Neighbourhood was the most fully-realized expression of that generation’s philosophy of city living. Zeidler, working with Jacobs and others, sought out something far more ambitious elsewhere on the waterfront — the “Harbour City” plan that would have transformed the island airport into some kind of confection of Venice, Habitat, and the Annex. Zeidler’s transformative plan wasn’t monomaniacal, like Buckminster Fuller’s downtown-eating mega-pyramid, nor was it out of sync with the temper of the times. But for the city’s political elites, even the progressive-minded ones, it may have been just a bit too much.

His other career-defining project, of course, is the Eaton Centre, another place that served as a critical backdrop to anyone who navigated adolescence in the 1970s. As with Raymond Moriyama’s Metro Reference Library, I vividly remember the first time I stepped into that impossibly long, light-filled atrium — a first-of-its-kind enclosed mall that managed to humanize Cadillac Fairview’s heritage destroying plans, which included demolishing Old City Hall and the Church of the Holy Trinity. These were the first buildings in which I became conscious of the joy of architecture.

The Eaton Centre, for a couple of decades, proved to be a little too successful, or really a lot too successful. Tied directly to two subway stations, and filled with not just places to shop but also places to stop and look, the Eaton Centre sucked the life off Yonge Street until the late 1990s. One might argue that it took a soppy musical, a pair of stunning heritage restoration jobs and half-baked public space adventure to re-kindle Yonge, with the result that the area around the Eaton Centre has evolved into a post-modern jumble of lights and crowds.

I hate shopping at the Eaton Centre, but Zeidler’s vistas are every bit as electric and energy-filled as they ever were, because it is a space that has managed to transcend its ostensible purpose by contributing to the public life of the core.

No one fears for the future of the Eaton Centre, and there’s little chance that anyone’s going to take another run at Harbour City. Yet, as so many people have pointed out in recent years, the long-running demise of his other signature project — Ontario Place — is one of this city’s most depressing narratives, made all the more tragic by the idiotic spa scheme that the Ford government pulled out of its sleeve earlier in the pandemic.

Anyone who remembers Zeidler’s Ontario Place back in the 1970s and 1980s can attest to the fact that it worked because it wasn’t complicated, and it wasn’t wrecked by commercial interests. Rather, Ontario Place succeeded brilliantly because it transformed Zeidler’s architectural playfulness into a place where young people could just have fun.

Not that I’m hoping, but surely the most fitting tribute to Eb Zeidler and his urban imagination would be a proper re-imaging of Ontario Place — one that restores the sense of joy he constructed at the liquid edge of a city that still hasn’t learned how to have fun without making money.