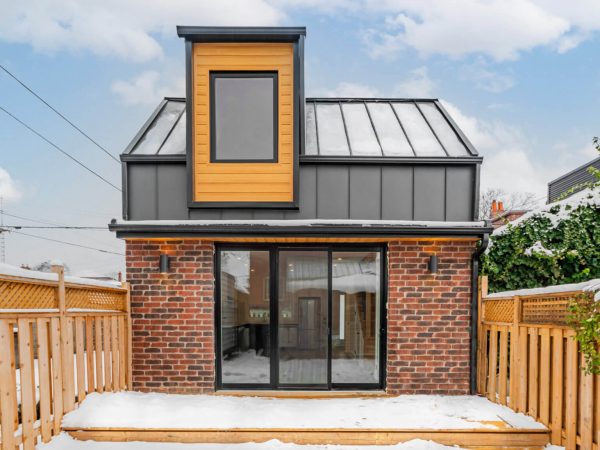 Here’s an odd little mystery about a freshly filed appeal by a residents association coalition of council’s new “garden suites” bylaw, which was approved by council in February.

Last week, a group of seven Toronto ratepayer groups, calling itself the “Building Better Neighbourhoods Coalition,” issued a press release saying they would be appealing the bylaw to the Ontario Land Tribunal. The new policy allows the owners of houses to build a garden suite in their backyards, subject to various space, form, and set-back regulations. The Coalition, which includes homeowner groups from Etobicoke, Scarborough, Don Mills, and the old City of Toronto, stated that the bylaw “clearly over-reached Provincial regulations.”

This contention may be news to Queen’s Park. Recent (2019) amendments to the Planning Act by Doug Ford’s Tories say explicitly that there are “no appeals” of bylaws amending official plans to allow secondary suites, laneway houses and garden suites, or accessory dwelling units (ADUs), as garden suites are known in most places. The only allowable appeals are those requested by the minister who, in this case (Steve Clark), is the same guy who oversaw those no-appeal amendments in the first place.

Adding even more mystery to this appeal of an unappealable bylaw is the fact that the Coalition won’t disclose the text of its appeal, even though it’s already been filed with the City. A BBN spokesperson told me that the appeal was in the midst of “legal processing.” “Perhaps as the process proceeds it may become be possible [to release it], and if so we will provide it to you.”

So, to recap: a group claiming to be speaking on behalf of homeowners is challenging a bylaw passed by a duly elected city council, following extensive public consultations, and which is enabled by provincial law enacted by a duly elected legislature, but we’re not allowed to see it until, well, whenever they feel the urge to share.

The Coalition’s one public statement offers a single clue about its justification for throwing a spanner into this long-overdue shift in land use, which is that the bylaw allows garden suites in areas those areas of the city zoned to allow low-rise apartment buildings.

The vast majority of Toronto’s residential neighbourhoods — the infamous yellow belt — are zoned exclusively for detached houses. Some areas — Mimico, parts of the old City of York and the former City of Toronto, and a swath of north-west Etobicoke and North York — permit both low-rise apartments as well as houses (detached or semis). According to the Coalition, allowing garden suites in these neighbourhoods somehow constitutes, in the words of FONTRA co-chair Geoff Kettel, a “one-size fits all” approach that’s being “forced” on neighbourhoods.

No one is or should be fooled by the pious declarations in the Coalition’s press release, that it welcomes intensification yada yada yada. These are homeowners who don’t want change and are prepared to gum up the process of land use reform with even the reediest of pretext arguments.

As I reported in this space prior to council’s vote, their first gambit was a social media misinformation campaign. When that didn’t work, they came up with Plan B: a pretzel-like appeal-which-isn’t-an-appeal, that, on its face, seems hopeless — the legislation’s wording is very clear — unless Clark decides to wade in using his ministerial zoning powers, which also seems unlikely, given the province’s messaging about housing shortages.

As Clark’s spokesperson Zoë Knowles told me on Friday, “Facilitating the creation of garden suites (or additional residential units (“ARUs”)) is just one of the ways our government is working to increase the supply of all types of housing for all types of Ontarians.

“The creation of ARUs also supports a broader range of housing options by providing opportunities for multi-generational living and aging-in-place. Municipalities are responsible for implementing the ARU provisions of the Planning Act. They also have flexibility in how they adopt ARU official plan policies and zoning by-law provisions and may tailor the application of provincial policy and legislation for ARUs to fit local circumstances.”

Unless Clark does a complete 180 and fires an MZO at this bylaw, the Ontario Land Tribunal will reject the coalition’s appeal gambit, because, as mentioned above, the bylaw isn’t appealable. But all this ragging of the puck will take many months or longer, cost the city tens of thousands of dollars in legal fees, and, most importantly, stall the plans of people who want to add these units to their homes, most of them to accommodate inter-generational families.

In fact, a city spokesperson last week told me, “the volume of interest/inquiries in garden suites has certainly been noticeable.” But now they all have to cool their jets while a handful of NIMBYs play legal games that disrupt people’s lives and plans.

And to what end? Who knows?

It can’t be said too often that the garden suites bylaw is not a solution to the housing affordability crisis, but rather represents a critical reform to land-use planning that will allow more gentle density into residential neighbourhoods that have been bleeding population for years because they’ve become so wildly unaffordable.

In other cities — Portland, Seattle, Vancouver — where ADU have been permitted as of right, they’ve become popular, but don’t seem to fuel speculation. They are visually un-obtrusive, and enable some families to gain access to house neighbourhoods that are otherwise out of reach financially. Finally, given the planning department’s love of prescriptive design guidelines, it seems highly unlikely that we’ll see a profusion of strange and outsized garden suites that might offend the delicate sensibilities of the neighbours. The sky, in other words, won’t fall. Again.

The Coalition’s plotting and scheming is transparently unjustified and obstructionist — a clear example of vexatious litigation. From where I sit, the sooner the powers that be can hit delete on this thing, the better.