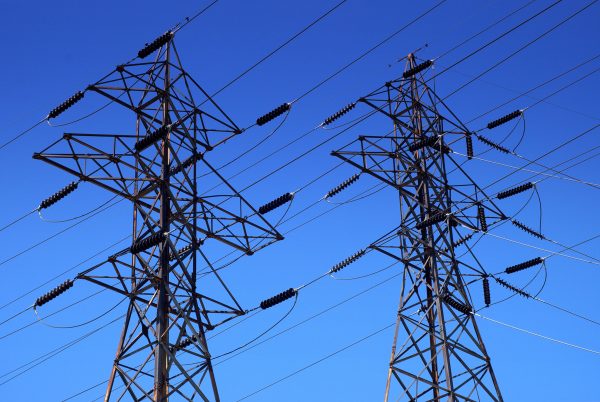 It being election season (and Earth Day), the Ontario government news releases are arriving a dime a dozen right now, and many seem to feature the electrification of mobility, a future that’s apparently due to arrive in the early 2030s.

In the past month, Premier Doug Ford has made sure to showcase himself at pressers for massive new investments in Ontario’s EV supply chain — a $4.9 billion battery factory for Windsor, $91 million in provincial dollars for EV chargers at parks and rest stops, almost $260 million to help GM retool two plants to prepare for EV production, and yet another announcement about the Ring of Fire, the perennially-delayed mineral strike in Northern Ontario that is now being re-positioned as a source of battery raw materials.

Then, earlier this week, CityNews reported that Infrastructure Ontario has finally inked a $1.6 billion deal to begin the long-awaited electrification of the GO rail network, a plan that dates back to the Kathleen Wynne era and has morphed into a triple-p project awarded to a consortium led by Aecon and ALSTOM, the French manufacturing giant.

All this activity adds up to what looks to be a sustained ramping up of pressure on the province’s electricity system, which encompasses generation (hydro, nuclear, natural gas plants, renewables), transmission networks, and local distribution utilities, many of which are in need of major re-investment.

The transition from fossil fuel to electricity — “electrify everything!” — is a critical but immensely difficult step in the fight against climate change. What’s more, the electrification agenda only makes sense if the grid isn’t using hydrocarbons to produce current. At the moment, 72% of Ontario’s electricity comes from hydro (23 per cent), nuclear (34), wind (15), solar (1) and biofuels (<1), while the balance — 28 per cent — is generated by natural gas peaker plants.

There’s mounting evidence, however, that the gas component will grow, which is not only ridiculous by every measure, but also doubles down on a whole other set of counter-productive moves by the provincial energy regulator to allow the expansion of natural gas pipelines and distribution networks that provide energy to heat buildings.

Earlier this week, the Ontario Clean Air Alliance released documents obtained through freedom of information (FOI) requests showing that the Independent Energy System Operator, which administers the provincial electricity system, rejected feasible plans to scale back the use of natural gas. (The Globe and Mail first reported on the findings.)

After more than 30 municipalities asked the province to phase out the use of natural gas for electricity generation, the IESO said publicly last fall that such a move would hike hydro rates by 60% by the end of the decade, according to a summary of the FOI documents. But the IESO’s internal evaluation showed the rate hike would be more like 17 to 20 percent, and that’s not accounting for rising carbon prices, which would sharply cut natural gas emissions, thus lower the increase to just 3 percent, the documents state. “Subjecting Ontario’s gas plants to full carbon taxation would lead to a dramatic reduction in Ontario’s gas-fired electricity exports to the U.S. and a dramatic increase in Ontario’s import of Quebec waterpower.”

“If Ontario meets its need for new capacity by investing in energy efficiency, energy storage and 5,500 megawatts (MW) of new wind generation,” the Alliance observed, “Ontario’s electricity costs will fall by 8 percent by 2030 relative to the IESO’s business as usual scenario. These investments in clean electricity supply would also reduce gas plant pollution.” (The additional wind is 800 MW more than what’s been installed in Ontario since the late-2000s.)

The insidious nature of our deepening dependence on natural gas is a function of the way this energy market works. Companies willing to bid on large gas-fired generating plants insist on long-term supply contracts to mitigate capital risk. These deals are prohibitively expensive to terminate, so lock-in becomes an intractable feature of the supply system.

As for gas distribution for heating, monopolies like Enbridge have billions tied up in sunk costs for infrastructure that demands to be used. Customers — home owners, landlords, etc. — will use gas because it’s cheaper than electricity, for now, and because the province, unlike B.C., offers no financial incentives to switch to electric heating.

Indeed, even if Queen’s Park does concoct some kind of fuel switching subsidy for homeowners, it seems likely that the gas companies will make up for those lost downstream revenues by selling more gas upstream to run Ontario’s electricity grid. How’s that for a sneaky bit of three-card monte?

The IESO claims that its hands are tied because some of OPG’s nuclear fleet is aging out, and the much-touted construction of a small-scale reactor at Darlington will take time, and probably more time than has been budgeted (six years), given that no one’s ever commissioned one before. In the meantime, the power for our electrifying mobility sector will have to come from somewhere, and that somewhere seems to be gas.

The opportunity cost — both financially and from an emissions reduction perspective — is bewildering. In other jurisdictions, local and state governments are making it extremely easy, or in some cases obligatory, for building owners to put solar panels on roof tops (California mandates this for new home construction, for example).

Some U.S. cities have outright banned natural gas hook-ups for new buildings, a move that stokes investment in not only renewables like solar, but also adjacent technologies, like heat pumps, geo-exchange infrastructure, stationary batteries or other emerging electricity storage systems designed to provide back-up power when the sun isn’t shining.

Since it’s election season, voters should recall that one of the Ford government’s first moves — upon taking office in 2018 after an election in which the Tories used hydro rates as a cudgel to clobber the Liberals — was cancelling incentives for hundreds of small-scale renewable electricity projects, a ridiculously short-sighted move.

The Ontario Energy Board last December released a study on the potential for distributed energy resources (DERs), such as solar panels or micro-grids. It concluded that if the province adopts policies to stoke a high-growth scenario for both solar and energy storage, it could add about 5,000 MW by 2030, which is roughly the same time frame that OPG will require to build a mini-reactor that will produce just 300 MW and cost who knows how much.

For the record, I have no trouble with nuclear power per se. But in Ontario, its use has long come at the expense of promoting other low-carbon, distributed energy technologies that are now indisputably less expensive.

The point is that the Ford government’s showy enthusiasm for all things electric turns on political and policy decisions that will commit us to decades of fossil fuel dependence and under-investment in the energy technologies of the future — a choice that couldn’t possibly be more misguided, given what we’re all learning about the relationship between the horrors in the Ukraine and the global appetite for natural gas.

The irony is, well, shocking.