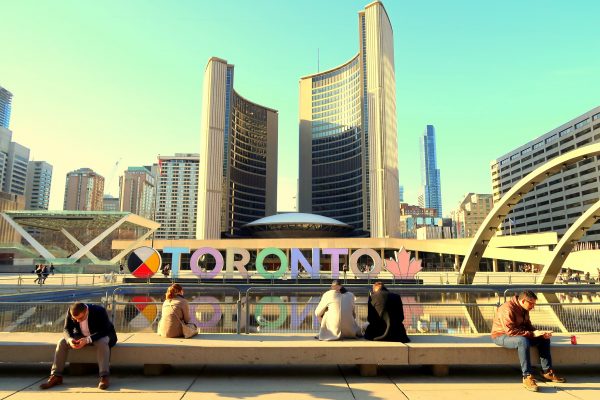 As Toronto’s fall elections begin to take form in the mid-summer heat, the message from a chorus of departing councillors couldn’t be clearer: take this job because we don’t love it. Nearly a third of the current term of council is not seeking re-election, with some leaving for greener pastures and some, well, just leaving. Asking why, as always, is important.

I have written previously about what a shallower pool of potential leaders a means for municipal democracy and a shot at better quality of life in an ailing Toronto (hint: not so good). Others have come to similar conclusions about a contest that seems to repel talent, even putting a number to it: 84 is a record low for candidates seeking the role of councillor (since updated to 88).

But there is a heavier, more catastrophist reading of the exodus of councillors. More than just a knock on the job itself —  which has been described at times by unquestionably committed public servants as too demanding, too ineffectual, too demoralizing, too unsafe, and too disconnected from people — the departures can be understood as a macro-level critique of the city’s governance system.

As residents, we should be worried that the slow bleed of councillors over the last few months is from a deeper wound that won’t heal.

And while seven councillors represent several decades worth of lost leadership capital, their departure on its own isn’t necessarily a bad thing. A changing of the guard, to loosen the anchor of incumbency, might allow new perspectives to soar. After all, a decade of austerity, magnified by the pandemic and diminished revenues, has made Toronto’s shabbiness undeniable to anyone who gets out of their car. This slow decline is turning some of the city’s most ardent boosters into doomers.

Maybe a renewed council is the shot in the arm that Toronto needs.

But context matters. And the context here seems to be that the institution of city council and its constituent parts are no longer functioning. They are caught in the snare of low taxes and a dim vision of what civic government is meant to accomplish. Or mired in uncompetitive salaries for office-holders, eroding public respect for institutions, and outsize constituencies. How do we know? Because a number of councillors across the political spectrum have finally said so publicly, and many staff continue to say so privately. The call is coming from inside the house. The sausage maker is broken, reads the diagnostic from inside its gears. Look elsewhere for progress and nourishment.

If a significant group of councillors, and specifically progressives who oversee the majority of growth in the city, have lost faith in the system of council and their ability as leaders to influence it on our behalf, where exactly does that leave us as residents? And if elections are meant to be a competition of ideas, why does this one feel more like a capitulation?

There is an adage in business that holds that when an organization loses talent or employees, it should look within the structure and towards leadership for the reasons. But when an institution sheds leaders at the rate of Toronto council, we should look everywhere — to the top, at a status quo mayor; to the middle, at decision-fatigued managers; to the bottom, at staff stretched too thin; to the province, at a premier resolute on making council less relevant; and finally to ourselves, as residents for how we are showing up and participating.

Which brings me to the solution, and one sure way in troubled times to improve Toronto’s civic health. If the democratic body closest to our daily lives is floundering, our best shot at fixing it is us. I don’t say this as a rhetorical flourish or a pollyanna-ish appeal, but rather much more concretely and aggressively. The next term of council is a time to mobilize.

While it would be easy enough to throw our collective hands in the air and concede that nothing resembling progress or change will come out of the next four years of municipal politics — and a cynic might point out that this is a feature, not a bug, of lean and mean governments — I submit that the exact opposite reaction is in order.

This coming period will be a time to build something new, starting with local actors in the old, proven ways: individuals and groups who stay informed, show up, organize, advocate, protest, and are outspoken about their collective needs in combative but nonviolent ways.

The timing is favourable. As the old system continues to self-destruct, people will get to work on building something far better; from the ashes, we can find our way upward. A systemic solution will not materialize overnight but only through time and effort, which makes the next four years an auspicious period for fomenting new ideas, new social capital, new associations, new structures, and new leaders (some of whom can become candidates in 2026). This is a time for planting seeds for a renewal that will bear fruit in the next election season.

Of course, there is a risk to relying on hyper-local politics and civil group participation in that a certain type of engagement can worsen inequities. Those with time and access will show up and advocate, but mostly on their own behalf. Toronto’s past, however, is marked by the power of local action for collective good among the relatively privileged (e.g., Jane Jacobs and the Stop Spadina movement), but also the less privileged (e.g., Donald Willard Moore and the fight to repeal anti-black immigration laws).

Zooming out of Toronto, there is ample evidence that local actors and civil groups are more boon than bane for democracies worldwide. In a recent analysis of 156 countries dating back to 1900, the authors of Why Democracies Develop and Decline found “that both civil society organizations and nonviolent protest affect democracy in positive ways.” Social forces and an active citizenry, in other words, are proven grease for the wheels of a system like ours. They are in fact part of the conditions for improving democracy. History also tells us that restorative social and community movements flourish during times of upheaval, such as a global pandemic and its uncertain aftermath.

The most essential ingredient for creating the kind of systemic change I am describing is that it must appeal to and motivate many different people in many different corners of the city. To his credit, mayoral candidate Gil Peñalosa appears to be undertaking this very task in his walking tour of Toronto. The mass mobilizing of the next four years can’t just take place in the Annex or among Spacing readers or the usual suspects navigating the usual channels. If system change involves the transformation of relationships, it is the relationships across divides that must be radically remade in discovering a common and compelling purpose.

I have more to say on the how of this mobilization at another time. For now, to light the metaphorical match, here are two simple ways to begin at the beginning of such a seemingly complex transformation.

Talk to your neighbours more

Start a conversation with the folks on your street or in your building to find something that unites you beyond a postal code. Then make a reciprocal investment of time and effort around that common issue, whatever it may be. This is a bit of a lost art in many Toronto neighbourhoods, but the smallest bits of social capital that begin modestly often pay the biggest dividends. Once you are comfortable engaging with your neighbours, you can level up to talking to strangers where another category of societal benefits is unlocked, including increased tolerance and reduced polarization.

As a demographic, youth hold both the most latent and durable power to be mobilized. They are typically unseen in municipal policy and election matters, while there is little disagreement that the growing cost and scarcity of family housing are a significant push factor for the youngest Torontonians, and quite simply one of the biggest threats facing the city. Kids, teenagers, and young adults themselves are also eager for purpose and promise in the polycrisis era. Again, history shows that people who come of age in times of upheaval are ready converts to social and community causes.

Because of these variables, this generation’s potential commitment to the public good may be uniquely strong. But it must be activated and facilitated. You can be an enabler for their coalescing and empowerment by asking for their opinions, inviting them to sit at the table, listening to their ideas, combining knowledge, encouraging them to take on real-world projects and action. And yes, this includes politicizing the kitchen table and the classroom.

It’s August now, and the council chamber is as quiet as a chapel. There will be heat and noise again in the fall but, barring a total defeat of Team Tory in October, breakthroughs on any of the issues that are gutting the city — climate, housing, safe movement, the debasement of public space — seem far-fetched. If you’re unhappy with the status quo come January, take your cue and get mobilized.