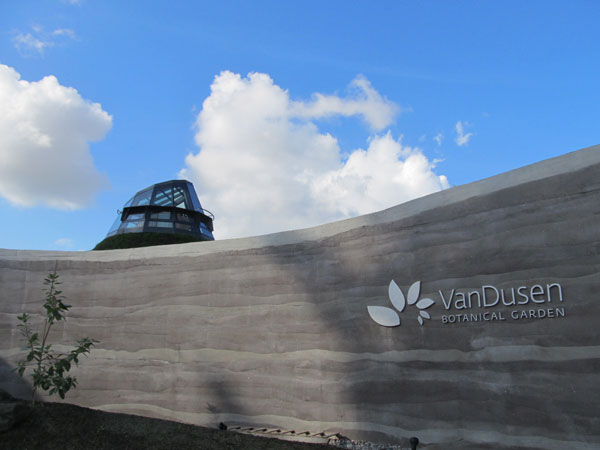 Van Dusen Gardens is an iconic Vancouver destination representing the highest aspirations of West Coast green thumbs and admirers alike. The flowing streams, miniature habitats and unfettered attention to detail have given Vancouverites a quiet city sanctuary for 35 years. Adding to the quietude is a shining new Visitors Centre focused on the illustrious design of nature’s own perfection; the Orchid.

Perkins & Will Architects of Vancouver provided the design and aesthetic qualities of the site including deep integration of ecology into most elements of the building’s internal and external functions. The official opening of the new centre fell on October 23, 2011 after a number of years of planning and construction. In attendance at the grand opening were federal ministers James Moore, Moira Stilwell, Vancouver Mayor Gregor Robertson and Vancouver Park Board Chair Aaron Jasper. The building was buzzing with energy and anticipation on opening day; resulting from the excitement of inhaling the first breaths taken inside one of the world’s first living buildings.

The centre, aside from being a fantastic example of the future of bio-mimicry, also has practical uses. According to architect Jim Huffman, the purpose of building the centre is to double the number of visitors to the site, primarily targeting adults as both children and seniors are the major visitor groups currently. In order to prioritize concepts of sustainability and naturalization of urban spaces, the VanDusen garden society and Vancouver Park Board wanted a centre that reflected “deep green” throughout the entire life cycle of the building. 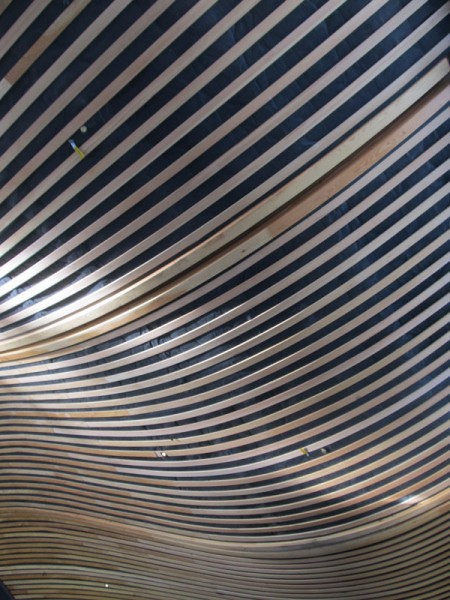 The orchid design is based on a species native to the South Coast of British Columbia, integrating the charismatic arch and flowing contours of the flower into the centre’s central rooftop. A small taste of serendipity also played a role in choosing the design; Apparently, landscape architect Cornilea Oberlander and Harley Grusko, Project Architect, coincidentally carried the same image to an early meeting in the project’s design phase and the orchid idea was born.

Gazing upwards at the roof of the new building, the visitor sees a mix of elements, including the highest point of the orchid flower flowing out over waves of green roof, glass and rammed earth.The foyer and outside entrance mimic the petals of the orchid, while emitting strength through the use of curved wood sheets glued together around supporting columns.

Following the petal motif, the architectural and management teams on the project decided to follow an innovative building technique that goes beyond LEED Platinum; the Living Building Challenge 2.0. The Living Building Challenge, premised on the seven petals of site, water, energy, health, materials, equity and beauty was used as the lingua franca throughout the project and is what has made this building nearly net-zero energy.

Choosing the Living Building Challenge as the benchmark certification instead of LEED Platinum was a difficult decision, but was encouraged in order to push the limits of environmentally conscious design. The undulating green roof will provide a steady stream of water to the underground cisterns from which the building will draw its supply and photovoltaic panels mounted on the roof generate electricity for all the centres activities. To all those eco-nerds out there, the finest aspect of this building is the hot water system which uses a biomass boiler that runs on dry wood from the garden’s waste stream. In one word: sustain-a-beautiful!

Furthermore, good design, at least in the eyes of beholder, of public facilities rarely excludes public consultations. A key component of the establishment of this new centre included the many volunteers engaged in the maintenance of the gardens as well as numerous open houses to gain feedback from interested citizens on the design process. The project also went through the public processes at Vancouver City Hall, including the Urban Design Panel and Development Applications review. 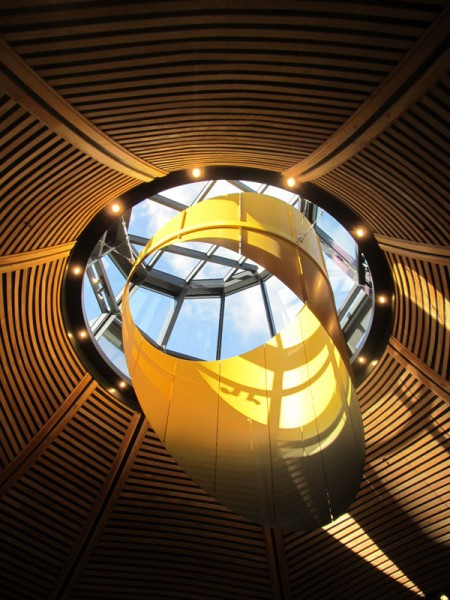 As the Van Dusen Gardens are public and the visitors centre also, the architects were able to convince the Parks Board and Van Dusen Garden Society that this centre should be educational. Theoretically, the public should be able to enter the space and leave having had a crash course in sustainability; inevitably sharing their knowledge with their peers. This is precisely the type of public engagement the City of Vancouver should be focusing its energies into, with additional opportunities for public design competitions.

Thanks to the City of Vancouver, the Van Dusen Garden Society and the myriad people involved throughout the project’s timeline, this centre will breathe in step with nature, pulse with the creativity of its users and irrevocably changed the way municipal buildings are designed in the future. Well done!