Acres of formal gardens, beautifully maintained – inspired by Versailles and Hampton Court, of all places, but mere meters from a SkyTrain station.   Which one – and why are they here? 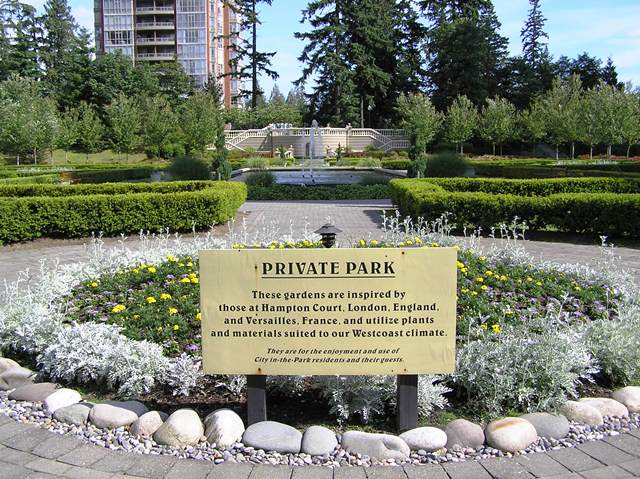 To see for yourself, get off at Edmonds station on the Expo line, turn right (south towards the B.C. Hydro building), and then over the tracks on the landbridge to Station Hill Drive.  The road turns gently west, past a Choices Market with its own cunning clock tower, and, on the left, to the garden gate – the centrepiece of City in the Park.

The gardens are surrounded by seven highrise towers, part of a formal composition that absolutely fascinates visitors from 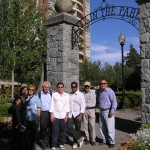 out of town familiar with urban design in places like Australia.  There’s a group on the right from Ipswich, near Brisbane.  What, they wonder, are upscale  towers typical of a city centre doing 15 kilometres from the core, in an obviously post-war suburban setting?  More pointedly, how did the developer convince both the neighbours and the council to allow them?

To understand that, you have to go the next segment in David Pereira’s chronicle of town centres in Burnaby – here.

What makes the story of Edmonds town centre different from the others in our series – here, here and here – is that Edmonds was not designated as a Town Centre until the publication of Burnaby’s first Official Community Plan in December of 1987 – very late in the game, and largely as a consequence of changes wrought by SkyTrain:

The technology change (to SkyTrain) and resulting station location had posed a regrettable challenge …. Planners had initially hoped that a transit alignment would serve as a catalyst to redevelop the auto-oriented Middlegate Shopping Centre and bring a modal shift towards transit. However, the location of a station at its present location required the need to revisit the Kingsway-Edmonds Plan quicker than staff had preferred.

And resulted in more out-of-scale density than the nearby residents preferred.   There was serious push-back from citizens, sufficient to result, when council shifted politically (caused partly by the highrise proposals for the Edmonds plan), in a new direction for Burnaby:

Within months (of victory in 1987), the Burnaby Citizens Association majority Council stated that highrises within the Triangle would be banned entirely. That move though, did not necessarily mean that Council was prepared to dismiss the high density form entirely.

The story of how Burnaby went from hostility towards highrises to the Edmonds/Kingsway you see today, sprouting with towers, is worth the read, if only because it shows that with the right kind of consultation, citizen participation can work:

Through the documentation of those Town Centre plans, various credit is given to the Edmonds Town Centre process as providing the gold standard for community consultation. …

Departing from the rhetoric of the 1987 election, the Plan called for significant mixed-use high rise, high density development …. It was hoped that a mixture of retail, residential, and office would replace the outgoing industrial lands in each respective core and contribute towards making Edmonds a self-sufficient community.

While City in the Park seems underserved with retail, more proud and protective of its extensive greenspace (the highrise equivalent of the front lawn), the transition that occurred at the other anchor in the plan – the declining Middlegate Shopping Centre near Kingsway and Edmonds – is even more amazing, and insufficiently acknowledged in the Lower Mainland.

In 2003, the Middlegate Shopping Centre was demolished and re-branded as the Highgate Vilage. …

One of the more unique aspects of Highgate Village is that its is an open space market. There is one retail corridor within the centre of the plaza, focused on a pedestrian-friendly open space, and one located on the development’s Kingsway face. In the rear of the development is a mixture of very high density residential developments and public parks.

There may be no better example around here of a mall transitioning from auto-dependent low-rise to ‘New Urban’ mixed use: 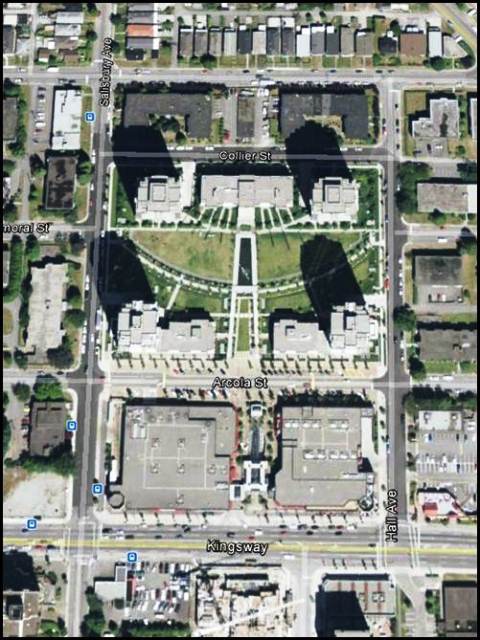 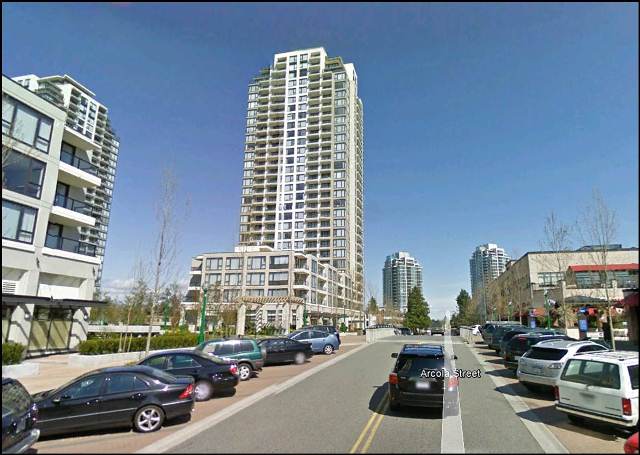 There’s way more detail at David’s website, including his famous fading maps, showing the transitions from the 1950s to today.  Check it out.