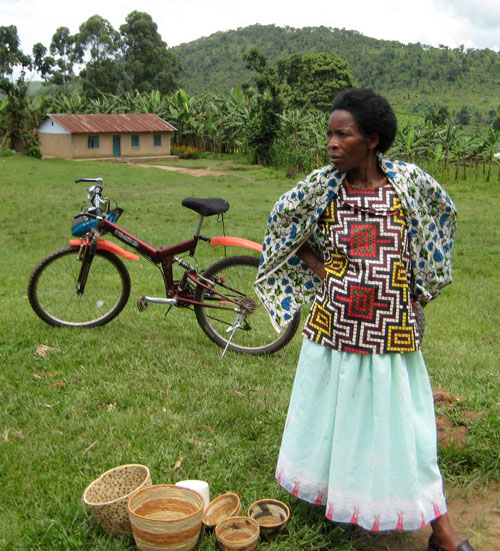 [Editor’s Note: This is the second and final part of a series looking at some of the interesting issues that were discussed at the Velo-city Conference 2012.  You can read the first part here.]

Velo-City 2012 brought an excellent group of dedicated cyclists to Vancouver this past June.  People from all over the world descended on Vancouver to share their bicycling experiences, challenges, ideas and philosophies.  So in love were conference attendees with their cause that many brought their own folding bikes with them so they would not be without a steed at any moment.

Though there was much debate on safety, bike shares and helmets, there was a common thread with all participants: that increasing bike mode share was important to the success of any cycling agenda.  Thus, growing the mode share of cycling was at the deep core of the majority of the talks and it was agreed that doing so requires a lot of ingenuity, although creativity and methods vary greatly depending on existing conditions.  Given the scale of the conference, Velo-City provided an excellent venue for participants to share how they tackled this problem across the globe.

The most obvious place to begin the discussion on increasing mode share is in the Scandinavian region.  This area includes the Netherlands, Denmark, Sweden and Finland, all of which have been noted for their exceptional urban design and ubiquitous cycling.  Although these countries have already achieved a higher than most cycling mode share they are still working at it. Copenhagen, Denmark, for example, has set a goal of reaching 50% mode share from the current 32%, including areas around the downtown core.

Lasse Sheide’s talk “What is a bicycle?” broke down all cycling issues to their essence by asking not what a bicycle was literally, but what it meant.  He asked this question to different groups around the world and, as might be expected, found that a bicycle means different things to different people—from transportation to recreation to freedom.  This cultural research approach to finding out how to increase cycling could only be thought of in a place that already has a high rate of cycling.

This method speaks to the fact that in order to achieve higher cycling mode share, one must find out what people need and want.  By asking a simple question, honest answers come naturally and from points of view that might be unexpected.  One significant result from this people-focused approach was a 5% increase after 13 years of stable ridership in Copenhagen. The increase was achieved by eliminating the need to pay to take a bicycle on public transit. This increased options for many and brought new, existing, and long-distance cyclists into the city by making it easier and more convenient to do so.

In the Netherlands, cycling mode share is also very high.  High enough that Hans Voerknect of the Dutch Knowledge Platform on Mobility stated in jest that Copenhagen would not even make it into a list of the top 10 cycling cities in the Netherlands.  Clearly there is something of a rivalry there (if not one-sided) between the two cycling powerhouses.

Methods to increase mode share in Amsterdam stressed the importance of keeping children cycling.  The trend here is that children cycle when they are young and stop when they become teenagers – with some eventually picking it back up as adults.  Keeping children cycling through their teen years would ultimately increase long-term ridership and result in better cyclists over time because they will have been riding so long.  To attract teens, however, cycling ultimately has to be perceived as “cool” and, according to Voerknect, that often means no helmets.

A word of warning came from a British delegate with regards to attitudes when promoting cycling. More specifically, never to portray cycling as a war on cars.  Bad press and information on cycling prompted a new pro auto UK government to declare that the war on cars was over.  Though no one was previously aware of this war, everyone was glad to hear that it was over. British cycling advocates took a new approach with the tagline “One Less Car in your Queue“ which painted cyclists as making life easier for motorists.  The new campaign is having much better success.

The problems of the western world’s cycling mode share are laughable compared to those on the African continent.  The challenges faced there are momentous in terms of social and gender inequality, the vast and unforgiving landscape and the simple lack of bicycles in certain places.  Cycling mode share is an extremely low priority for many African nations for obvious reasons, so those organizations that do exist to promote cycling must be very creative and resourceful.

In rural Rwanda and Uganda, a bicycle is invaluable. It provides a social development opportunity that is simple and effective. However, there are just not enough bikes to go around and/or they are too expensive for those who need them.  One organization “Foundation Artisans de la Paix et du Development au Rwanda (Foundation for Artisans and Peace and Development in Rwanda)” provides sturdy bikes to be paid off in small amounts.  This micro lending model puts bikes into people’s hands faster and has had good success.

In Uganda, the organization “Ride 4 a Woman”  has made excellent strides in increasing ridership among women.  Traditionally, there is a large gender gap that holds women back from doing many things.  Women were not allowed to bike for a long time, had to either be driven or walk.  Daily life for many of these women often means going great distances during the day (market, water, children, etc.), which is very difficult these conditions.  However, Ride 4 a Woman is helping to break this cycle.  The group teaches women to fix their bikes and provides training on how to use them. Many men are actually very supportive and get involved in the program, which is an excellent sign that times are changing.

At one of Ride 4 a Woman’s first maintenance seminars they grossly underestimated the amount of bicycles that would be needed, as well as the interest.  The turn out was many times what was expected and resulted in large groups of women working together on the few bicycles brought for the workshop. Nonetheless, it turned out to be a huge success and the participants wound up teaching and helping one another more than the instructors, by the end.

These handful of examples demonstrate that a goal of increasing cycling is achievable and how the method to achieve the latter must be dependent on who one is attempting to target.  Mode share increases operate at different scales, depending on where you are. Ingenuity, resourcefulness and creativity are all hugely important in getting more people on bikes.  Though differences and obstacles can be daunting, it all comes back to Lasse Scheide’s question “What is a Bicycle?”  The answer to this question is invariably the answer to “why do we use a bicycle”…..and to know why is the first step in solving “how” to make it better.

So what is a bicycle? (From “What is a Bicycle?” with Lasse Sheide)

“Silence in the midst of the city’s noise.”

If you missed it first time around:
Velo-city 2012 Part 1:  The Elephant in the Room and The Bull in the China Shop

Andrew Cuthbert studied Geography at Uvic and has worked for the provincial government and private environmental consultants as a GIS Analyst. Andrew has years of experiences working in resource extraction, seeing those industries as the basis from which almost every other industry stands spurred his interest in design and urban sustainability and planning which led to his involvement with Spacing Magazine. He has taken additional courses at BCIT, Emily Carr and Langara College to bolster his education in design and sustainability. Andrew volunteers with Spacing Vancouver Magazine, writing articles and covering conferences and events.