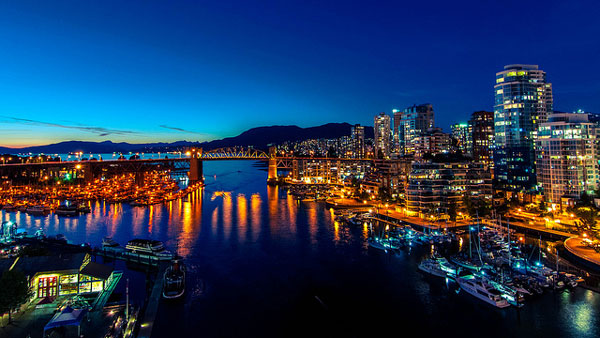 On October 7th, ecological economist Michael Barkusky led a fascinating and detailed tour of the False Creek seawall from Leg-in-Boot square to the Burrard Street bridge. It was the second last of the free Earthwalks tours that started in July.  A combination of bright sunshine and unusually warm temperatures encouraged a group of engaged water-lovers to spend their afternoon meandering the seawall while learning about False Creek’s transformation over the past two centuries.

The purpose behind the Earthwalks was to educate and facilitate opportunities for the general public to learn about localized environmental issues.  This walk focused on the intersection of economics, water and the future of the False Creek watershed.  Michael discussed historical perspectives from First Nations’ use of the area for its rich marine food sources to modern day recreational and residential activities. Many wonderful insights were shared. For example, for the first time in decades, Herring fish may be making a marked comeback to the Creek along alongside increasing Salmon fry and a healthy seal population.  Great news for all locals.

Much of the discussion throughout the walk discussed the importance of natural capital, especially in the context of contemporary modern cities. Natural capital identifies the importance of nature as an economic benefit but also as a social benefit that enables cities to develop long-term sustainability objectives.  These objectives are reflected in the improvement of habitat for species at risk, improving or removing effluent from  water courses, access for water fowl and larger sea-faring creatures such as seals. This is particularly relevant for False Creek.

For much of the 19th and 20th centuries, False Creek was an industrial dumping ground and forgotten backwater to Vancouver’s booming industries. However, in the late 20th century when heavy industry retreated from Vancouver’s everyday workings, residents grew an awareness of the beauty and opportunities for revitalization around False Creek.   What you see today along the water is the result of nearly 40 years of hard work in creating an active, integrated and healthy aquatic habitat.  Barkusky emphasized how naturalization of urban areas such as this provides multiple spin-off benefits that include both the environment and the economy: the two can become one, with the right combination of ingredients.

As an expert on ecological economics, Barkusky discussed the merits of False Creek as a launching ground for sustainable urban development, dynamic housing opportunities, economic growth and transportation. Historically, the area was used only as a utilitarian hindrance to effective regional mobility and access. Much of the mud flats that filled the area for thousands of years, were filled in during the early 20th century, leading to an increase industrial land.  The economics of the place were much different during that era and the subsequent transformations are the result of ecological economics at play.  The value placed on the natural environment has improved the overall use of False Creek from one of derision to one of admiration.

It is said that when First Nation’s people initially encountering European settlers in the area they described False Creek as follows:  “When the tide is out, the table is set.”  The fertility of the watershed was renowned and cherished for hundreds of years, leaving us with the question: are we richer now than we were a hundred years ago?