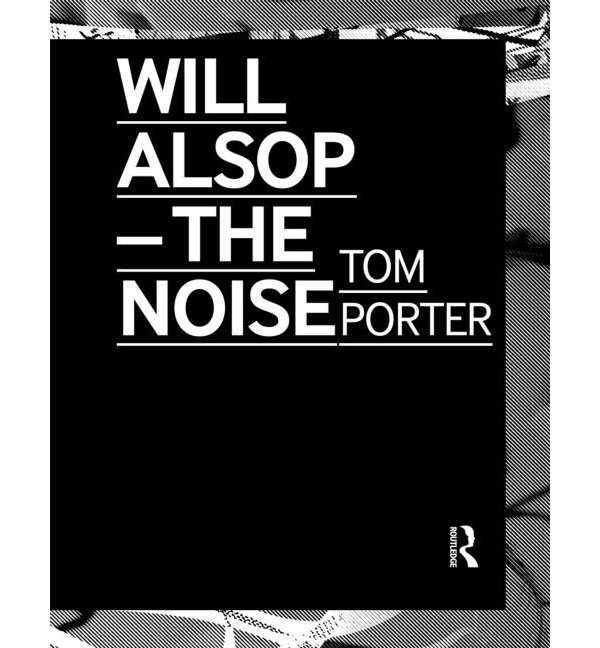 Alsop represents a new and singular breed of architect whose métier appears to close the breach between art and architecture by encapsulating sculpture, painting and building design in a single gesture. Most important for me is his design process and the goals and ideas that inform it. This approach has been described as less a matter of design per se and more a matter of living, i.e. getting inside the experience before it happens – before there is architecture. His buildings have been described as the product of an imagination that takes the insights and intuitions of the artist into the complex and unpredictable world in which we live.

Seven years ago, I had the good fortune to hear British architect and provocateur Will Alsop speak at Robson Square. He had been  invited by the Vancouver Art Gallery as they were (and still are) looking for a new facility and architect to design it. Someone in the audience put him on the spot, asking “What if every building in the city were an Alsop building?”

It struck a nerve, having just recently lost the Edmonton art gallery competition along with selling his architectural practice so that he could focus more on his design methodology—the one which had yielded the table-top Sharp Centre of Design for OCAD in Toronto as well as the multi-residential development called ‘Chips’ in Manchester, then in design development and now completed. Mr. Alsop is perhaps best known in the UK for his awarding winning Peckham Library in London, while across the ocean he has been limited to only a handful of buildings, with his Sharp Centre of Design being his most well received.

Will Alsop – The Noise is one of less than a dozen books on the architect subject, who spends his days much like Le Corbusier— painting in the mornings and practicing architecture in the afternoon. Very much an exposition on his philosophy, editor Tom Porter (who tragically passed away right before the book’s being published) has captured the evolution of Alsop’s process – from painting to public consultation to architecture.

One of Alsop’s less known claims to fame is how, when just 23 and studying at London’s esteemed Architectural Association, his competition entry for the new Pompidou Centre in Paris came second to the one that was eventually built by Renzo Piano and Richard Rogers. In much the same way, his provocative architectural style has always been on the verge of what is being built.

Who on earth would want to design buildings like him?

This was the question that stared the same smart aleck back in the face the night I heard Alsop speak back in 2006. He has been called Mr. Blobby by some, and painted as a black sheep by the press and architectural community. Yet, every generation of architecture needs someone like him, with his tongue firmly planted in his cheek, and poking back at a profession that can at times be stultifying and dull.

Such is the spirit in which the late Mr. Porter’s book The Noise is written, much more concerned with the design process than the product itself. Divided into two sections, the first five chapters more or less approximate the design journey from the blank page to a finished building—Genesis, Consultation, Origination, Experimentation, Collaboration—while the final four feature his master planning schemes (Big Architecture), his realized buildings (Diversity), doing nothing (Contemplation), with the final chapter a series of aphorisms as edited by Porter (Reflections), overall resulting in the most comprehensive cross-section of the architect to date.

While his larger master plans verge at times on being overly whimsical and fantastic (with a hint of Archigram in the mix), his playfulness is undeniable.  Perhaps it is this which distinguishes him most from his more serious counterparts. Many of them would most certainly criticize him as being a new kind of paper architect, one in which the visceral-ness of his painted canvases, along with the ephemerality of his computer-generated blobs, never have to deal with the physics of gravity and building envelope (though the Sharp Centre does an effective job of overcoming gravity). And whether you think he is a misunderstood urban design genius or a vulgar formalist, in the end it is his provocative consultation process which elevates him from mere paper architect to that of steward and visionary of our built environment.

For as Porter points out, with so much of our urban environments today being planned in boardrooms behind closed door, his pulling back the curtain is a much needed panacea to this current process. As Alsop describes the problem:

“Most public consultation today is just about asking abstract questions and ticking boxes – in the end it doesn’t mean anything. We live in a society riddled with feasibility studies where nothing happens and no one believes that anything is going to happen. This devalues the work we all try to do.”

By highlighting his willingness to engage in public consultation as a strength when most of his contemporaries see it as a necessary evil—i.e. design panels and council readings—Porter shows that Alsop is concerned most with the social contract that exists between the designer and the general public, and is ultimately the reason why his buildings stand apart from the crowd.

Whether it his ability to be simultaneously both artist and architect, to engage a crowded room in meaningful dialogue about our built environments, or his entire design process, Will Alsop’s work is an inspirational diversion from the buildings-as-usual that populate our streets and cities.

In The Noise, Tom Porter has opened a window into the universe of a wildly entertaining architectural personality, who may very well be on the verge of a comeback as many traditional architectural practices take on the appearance of corporate accounting practices or law firms. As Porter notes in the book’s closing pages:

“In the end, if we seek an Alsopian architectural philosophy, we quickly discover that one does not exist in the usual sense. There is no credo, no theory nor manifesto; rather, we find he trusts his heart more than his brain and, above all, the contributions of others. What we also find is an architect with a sense of fun, irony, playfulness, and exuding a sense of infectious enthusiasm.”